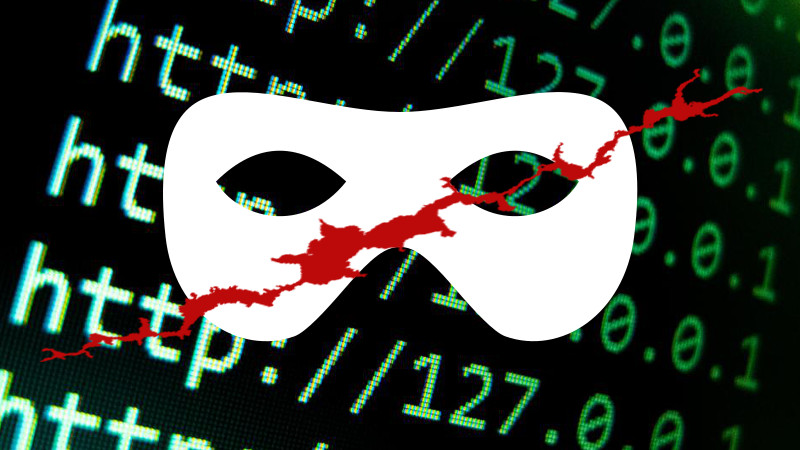 The Kremlin is cracking down on online anonymity. Again. Images mixed by Tetyana Lokot.

Russia's lower house of parliament approved a spate of censorship laws today, voting for legislation that will prohibit messaging services from allowing users to communicate anonymously, outlaw the use of Virtual Private Networks (VPNs), proxies, and other anonymizers, and require search engines to hide links to blocked sites.

In the last week before its summer recess, the State Duma passed an astonishing number of bills—69 in the last three days alone. Today's legislation, which is being sold as an important contribution to Russian national security, is the latest attempt by the government to monitor online activity. Many elements of the bills correspond with Vladimir Putin's Strategy for the Development of an Information Society and may presage more repressive regulatory measures.

The bill regulating messaging platforms requires services to provide a telephone number to verify a user's identity. The bill will force popular local messaging services like Telegram, Viber and Whatsapp to deny access to users who do not provide information verifying their identity.

The law also will require companies to prevent illegal content from being distributed across their platforms, a nearly impossible task given the volume of user messages sent across such platforms each day. The bill includes a provision that allows courts to instruct messaging services to block individual users’ messages.

The law also requires companies to allow state authorities to use their networks to send mass messages to their entire Russian user base.

Companies that do not comply with the law risk being blocked by Roskomnadzor, Russia's state censor.

The Duma approved a separate bill that requires internet anonymizers, including VPNs, to restrict access to certain online online content or risk being blocked by Roskomnadzor. The Ministry of Internal Affairs (MVD) and the Federal Security Service (FSB) will be responsible for tracking the anonymizing services. This regulation also mandates that search engines prevent links to blocked websites from showing up in search results.

Both bills are already being criticized for their lack of precision, which will likely leave the door open for state abuse.

Worth saying the VPN bill & the messenger bill both vague on enforcement mechanisms. As always, this leaves room for both evasion & abuse.

On the same day, the Duma passed yet another bill mandating that SIM-card purchasers present a valid passport so that telecom providers are able to verify the identity of their subscribers.

The legislation must now be approved by Russia's upper house of parliament, the Federation Council, and then sent to the Kremlin to be signed by Vladimir Putin before it becomes law.

Some messaging services are already indicating that they will comply with the legislation, which would enter into force on January 1, 2018. The head of the messaging app Viber, which was one of the first companies to comply with a 2015 law mandating that internet companies store data belonging to Russian citizens on Russian soil, has announced that his company will comply fully with Russian legislation.

Telegram recently bowed to pressure from Russian authorities, agreeing to register the company but not to store user information in Russia or turn over any personal data to the government.

The Duma is likely to pass more restrictive regulations when it reconvenes in September: yesterday, at the NextM digital conference in Moscow, Leonid Levin, chairman of the State Duma Committee on Information Policy, Information Technologies, and Communication, announced that in the near future the government would have no choice but to pass more regulation on big data, the Internet of things, blockchain, and a number of other technologies.