‘You Can Lock Up Our Bodies, But Not Our Minds': Hong Kong Court Sends 16 Activists to Prison 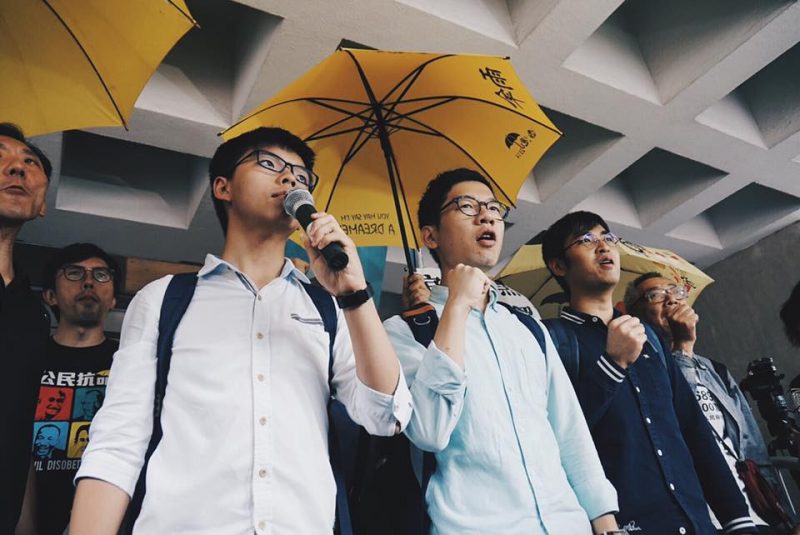 Nearly three years after mass pro-democracy demonstrations rocked the city of Hong Kong, 16 young activists were convicted on August 16 of unlawful assembly for their participation in two separate protests challenging the government.

Though the activists were originally convicted and sentenced to community service and suspended jail time, the Department of Justice later filed a re-sentencing appeal, arguing that the original sentences for the activists were “too light”. This week, Hong Kong's Court of Appeal ruled in their favor.

Many within Hong Kong's pro-democracy civic sector see the ruling as a politically motivated move that pushes the city towards a judicial culture that errs on the side of power over rights.

The first case involves 13 defendants including League of Social Democrats (LSD) Vice-Chairman Raphael Wong, Land Justice League convener Willis Ho, and activist Billy Chiu who in 2014 demonstrated to stop the government’s funding request of HK$340 million (approximately US$43.5 million) to develop the northeast New Territories in 2014. Opponents feared the development plan would fail to protect residents and the environment, and argued that the policy-making process surrounding the development was undemocratic.

Some in the group protested outside the Hong Kong Legislative Council, while others attempted to enter the legislature building. All were found guilty of unlawful assembly in 2015 and have already served between 80 and 150 community service hours.

On August 15, the Court of Appeal sentenced 12 of the defendants to 13 months in prison and one to eight months. 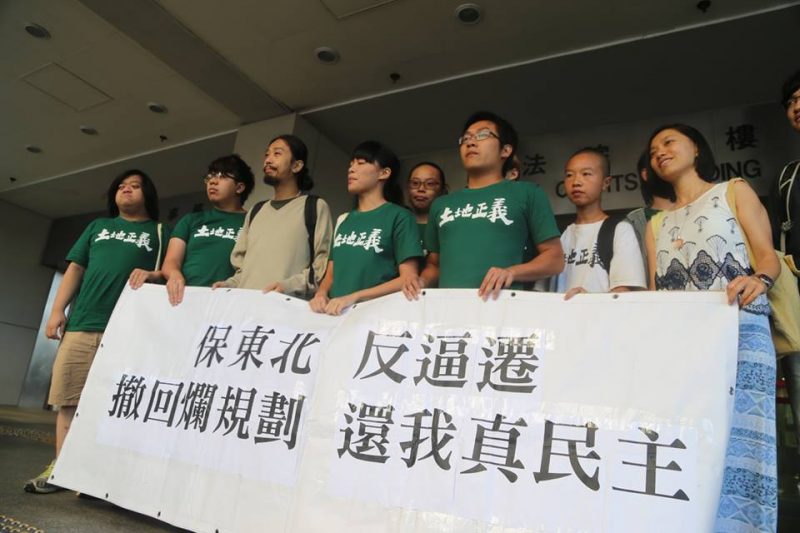 The trio were convicted of unlawful assembly in July 2016. Wong was sentenced to 80 hours of community service, Law received 120 hours, and Chow received a three-week suspended jail sentence.

On August 17, the Court of Appeal re-sentenced Wong to six months behind bars, Law to eight months, and Chow to seven months.

According to Hong Kong's constitution, called the Basic Law, any individual who received a prison sentence for more than three months is to be deprived of the right to run in legislature and district council elections for five years. The activists will appeal the sentences.

‘You can lock up our bodies, but not our minds!’

In statements on social media, the activists vowed that they would not be intimidated and urged Hong Kong people not to give up.

Willis Ho, one of the activists who challenged the Northeast New Territories development plan, wrote before she was sentenced to 13 month in prison:

I have to admit, I see darkness and despair in our society. I don’t want to spread negative energy but in despair I can see light resisting against the darkness. The light is weak but it exists. I could only see on television the result of the court's decision: my boyfriend and fellow protesters on television in jail. Such a “setback” will make us stronger. We will support and be there for each other. We know that there are people who are with us making changes in different positions.

The decision to plead not guilty and the refusal to express regret over my action is a steadfast statement that the sentence cannot change, it cannot change our belief and make me feel regret. 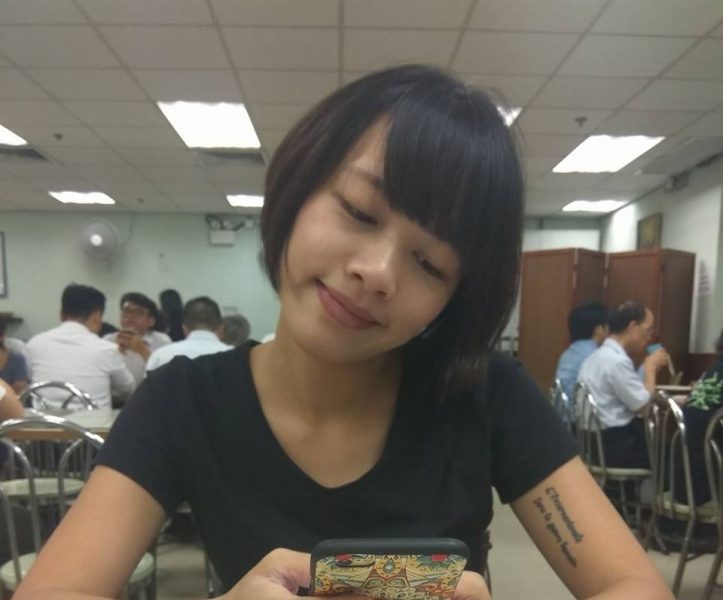 Her mother shared her feelings on Facebook on her daughter’s trial:

Today, among the 13 defendants of Northeast New Territories protest, is my dearest [daughter]. After three years [of trial], the sentence is heavy.

I have never had such an experience before, such a heavy blow. I have mixed feelings and I'm sure she has them too.

I can only send my support in silence. When you see the sun rise, the sun set and the stars at night, I am with you, thinking about you and giving you strength.

When you are back, you will be stronger with a lot more experience.

I want you know that I am so proud of you and you have done nothing wrong.

Another activist from the Northeast New Territories case, Raphael Wong, posted his defense statement on inmediahk.net:

I don’t seek sympathy, but justice; I am not scared of prison, but silence [of the society]. I have said I have no regrets and would not surrender… the Secretary of Justice said I did not have sincere regrets and should be imprisoned. My sincerity in having no regrets is not to ask for more prison time but to be faithful to myself, to my fellow activists. If that leads to prison, I will face that without regrets. Jesus Christ will be with me.

Villagers [who face forced demolition] in the Northeast New Territories and Wangzhou need us. Please don’t give up. We have to carry on. This is a competition of wills, it is a spiritual war without guns. We need patience, courage and wisdom to carry on the struggle. I firmly believe that justice will prevail!

Nathan Law was given eight months in prison in the second case. He was a legislator who was recently disqualified from office for modifying his oath of allegiance to China during his swearing-in ceremony.

He expressed similar sentiments in his letter to friends:

No matter how high the wall is, how much sunlight its shadow has blocked, I believe that behind the wall the path leads to justice. The sun that nourishes life on Earth still exists…

I serve prison time for those who have participated in the Umbrella Movement and for justice. Don’t feel sorry, be more determined in stepping forward. Although I am in prison, my free spirit will be with those who share our beliefs and values and continue fighting for a better life. Tyranny won’t be overthrown by those who sacrificed but by people who are driven by moral power to collectively make change. Without such collective will to change, our suffering and pain, inside or outside of prison, will become meaningless.

Joshua Wong, a well-known student leader, tweeted before he was sent to the prison:

You can lock up our bodies, but not our minds! We want democracy in Hong Kong. And we will not give up.

The Civic political party described the re-sentencing of the activists as “legal terrorism” in a statement (via Hong Kong Free Press):

The Civic Party believes that this sentence, despite being lighter than that given to the Northeast New Territories protesters, exhibits the same principle: the government will stop at nothing in its use of appeal procedures and sentence reviews – what are, in effect, tools of legal terrorism – to deal with protesters and social movements opposed to the establishment. The appeal and jail sentence is a form of institutional violence and political suppression – it has ‘created’ the youngest group of political prisoners since the handover.

The “handover” refers to the transfer of control over Hong Kong, a former British colony, to China in 1997.

The justice department’s outlandish application seeking jail time is not about public order but is instead a craven political move to keep the trio out of the Legislative Council, as well as deter future protests.

International society has spoken out, including various US legislators who issued statements condemning the move.

The pro-democracy civic sector has planned a rally for Sunday, August 20 condemning the prosecution of the 16.

Colombia  14 May 2022
END_OF_DOCUMENT_TOKEN_TO_BE_REPLACED
Cancel this reply