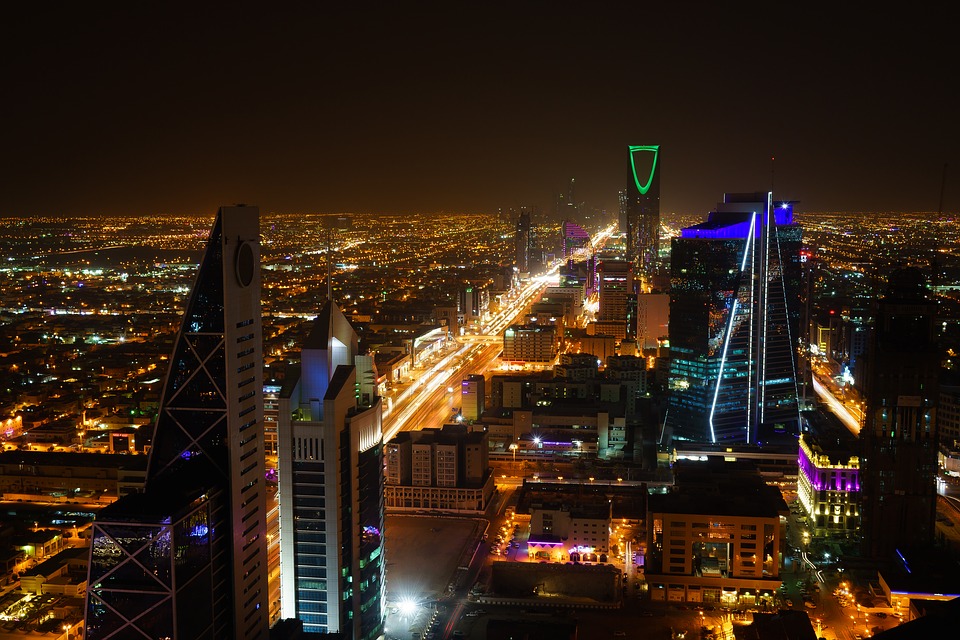 The Saudi capital Riyadh at night. Photo shared by user apriltan18 on Pixabay under a Creative Commons Licence (CC0)

After more than four years of heavy censorship, Saudi Arabia has eased restrictions on the use of internet-based call and messaging (VoIP) applications.

In a tweet on 13 September, Saudi minister of communication and information technology Abdullah Al-Swaha announced that the ban on VoIP will be lifted within a week, a move that was welcomed by Saudi users who have been fiercely critical of the kingdom's VoIP censorship policies.

From now on, this is going to be the home screen of my mobile phone

Saudi Arabia started blocking VoIP applications in June 2013 when it banned Viber for failing to comply with local regulatory requirements. At that time, the Communications and Information Technology Commission (CITC), which regulates telecommunications in the country, did not specify what these regulations were. Media speculated that the move may have been motivated by the Saudi government's attempt to monitor these applications and to protect local telecom operators from revenue losses, or both.

Since then, the government has partially or fully blocked several more applications including WhatsApp, Skype, Facebook Messenger and FaceTime. By September 2016, the calling feature on LINE was also blocked.

The CITC explained in a statement this week that easing these restrictions “comes in line with modern trends,” reasoning that “reliance on the revenues of (mobile) data and added services is the international trend that operators in the kingdom should follow.”

Tasked with regulating the communications and information technology sector with the aim of achieving “a highly competitive environment for the provision of superior services to end-users and an attractive ecosystem for investors,” the CITC is responsible for censoring thousands of websites and sending requests to social media platforms when authorities wish for them to censor sensitive posts or other content.

The CITC has often been the subject of criticism from Saudis, who have accused it of advancing the business interests of telecom operators by blocking VoIP apps, instead of protecting users’ rights.

In a separate statement, Al-Swaha, who acts as the minister of communication and information technology and CITC chairman, said that the policy change came to offer users “the best services that meet their aspirations and satisfy their needs,” and to “develop a digital society in line with the objectives of Saudi Arabia’s Vision 2030.” Vision 2030 is an economic reform plan by the kingdom aimed at diversifying the economy and decreasing its dependence on oil revenues.

A partial lifting of the ban came into effect on 20 September, and users in Saudi Arabia are now able to make calls using apps such as Line, Snapchat, FaceTime, Skype, Telegram and Tango.

However, other apps including Viber and Whatsapp remain blocked, users and local media reported.

These are the applications that have been unblocked

the retardation continues due to the ongoing blocking of Whatsapp calls. Diffuculties are part of our lives, and no change comes easily

On Twitter, CITC spokesman Adel Abu Hameed said that the ban was lifted on applications that “have met regulatory requirements” in the country. He added that these requirements include: clear mechanisms and measures when dealing with users’ personal data in the kingdom, removing content that violates local laws (a complex task in Saudi Arabia), and the app provider's cooperation with the CITC to handle emergency cases.

It remains unclear how the VoIP apps that have been unblocked meet the above-mentioned “regulatory requirements”, and whether there have been negotiations between the companies that own them and the Saudi government.

Snapchat's recent decision to remove Al Jazeera's Discover Arabic-language channel inside Saudi Arabia at the request of CITC raises concerns that the Saudi government is increasingly pressuring social media platforms and applications to comply with its repressive cybercrime laws. In the midst of a diplomatic Gulf crisis that saw Saudi Arabia, Bahrain, the UAE, and Egypt cut ties with Qatar accusing the Gulf nation of supporting “terrorism” and Islamist groups, the Qatar-owned Al Jazeera was also targeted. Saudi Arabia and its neighboring allies issued a list of demands to Qatar, including the shutting down of Al Jazeera.

This is the first time Snapchat finds itself embroiled in a controversy of politically-motivated censorship. According to the company's latest transparency report, Snapchat received no government requests to remove content that would otherwise be permissible under its Terms of Service or Community Guidelines during the second half of 2016.

As Saudi Arabia eases restrictions on VoIP applications, to what extent will the unblocked apps be wiling to comply with the Saudi authorities’ requests for content removal and user data? Saudi Arabia's anti-cybercrime law is one of the most restrictive in the region. It punishes by up to five years in jail the storage and dissemination of content “impinging on public order, religious values, public morals, and privacy.”

“Users cannot in any case use applications for audio or video calls without the supervision and monitoring of the CITC” the regulator's spokesman said in an interview to the Saudi-owned Al-Arabiya news channel.  Such measures, he added, are for benefit of users and the public.