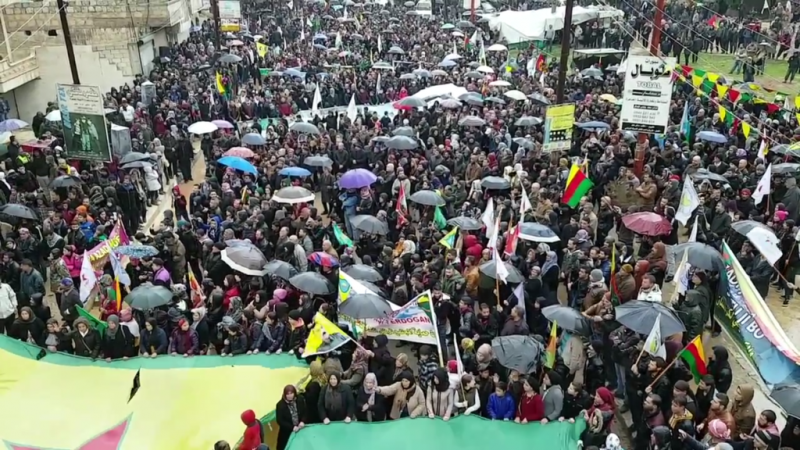 With Facebook and Cambridge Analytica dominating the headlines this week, personal data and data breaches have been at the top of mind for many internet users. But for many others around the world, their greatest challenge to their online rights is their inability to access the internet at all.

When Turkish-backed forces took control of the northern Syrian town of Afrin on March 18, civilians found themselves without internet access for several hours, and then reported severely weakened internet connections. The Syrian war has taken a severe toll on telecommunication networks, leaving many Syrians without internet access, sometimes due to intentional network disruptions or website blocking by the government, but in other cases due to physical damage brought on internet infrastructure by bombings.

Writing for SMEX, Asser Khattib explained that residents of Afrin, which lies just south of Syria’s border with Turkey, have increasingly resorted to using Turkish internet infrastructure due to the degradation of their own country’s networks.

“Network disruptions during violent conflict, including the seven-year Syrian war, exacerbate the effects of war, making it more difficult for people to access emergency services, document human rights abuses and war crimes, and stay in touch with loved ones far from battlegrounds,” he wrote.

Seventeen states in Venezuela were affected by intermittent or prolonged internet outages in just the first two weeks of March 2018. The Institute for Press and Society (IPYS) in Venezuela has been collecting reports of outages and built a map tracking the cuts in service. The non-profit group reports that these service outages, in conjunction with full-on electricity cuts, are causing permanent damage to Venezuela’s telecommunications networks.

In late February, the Islamabad High Court declared mobile network shutdowns illegal. But after the ruling was contested by the Pakistan Telecommunication Authority and Ministry of Information Technology and Telecom the court granted the claimants an interim stay. This week, Digital Rights Monitor received multiple reports of mobile network outages in parts of Islamabad and Rawalpindi.

Cambridge Analytica conducted experiments in the Caribbean and Africa

Reporters at the New York Times reported that data mining and analytics firm Cambridge Analytica harvested the personal data and profiles of 50 million Facebook users and used this data to develop ad targeting techniques used to support Donald Trump’s 2016 presidential campaign. Analysts have argued that Facebook’s business model is to blame, and urged Facebook users to review which apps they’ve allowed access to their data.

The article also suggests that Cambridge Analytica conducted experiments abroad in countries throughout the Caribbean and Africa where privacy rules are less restrictive than in the US and EU. The company has publicly tauted its work in Kenya, where it worked for incumbent president Uhuru Kenyatta in 2013 and in the most recent, highly contested election. In 2013, Cambridge Analytica conducted 47,000 on-the-ground surveys which it then used to create a profile of the Kenyan electorate. The resulting strategy, which the company described on its website, was “based on the electorate's needs (jobs) and fears (tribal violence),” leaving many Kenyans concerned that the company had sought to exploit ethnic tensions in order to increase support for Kenyatta’s campaign.

Nicaraguan Vice President Rosario Murillo announced she is talking with the President of the National Assembly to review the regulation of social networks in Nicaragua. Murillo said that social media are “negatively influencing” Nicaraguans, and is considering revision of the Penal Code, along with the Children’s Code and Family Code (TK), to prevent “false news”.

Murillo’s remarks suggest plans to extend the country’s media regulations into the still relatively open online sphere. Opposition political groups have expressed concern that the proposal is most likely a means to silencing government critics.

Qatar sues critics in the U.S.

The Qatari government is going after its critics in the U.S. On 16 March, the government’s communications office filed a lawsuit with a New York state court against the administrators of a website called QatarExposed and the social media accounts linked to it for posting false news about the government, Reuters reported.

A top Russian court upheld a demand from state security service FSB that the messaging app Telegram share its encryption keys with state authorities. After refusing to do so, Telegram was issued a fine and ordered to provide the keys within 15 days or face being blocked in the country. Founder Pavel Durov asserted that “threats to block Telegram unless it gives up private data of its users won’t bear fruit.” The app has been criticized for several security issues, including an infrastructure that allows the storing of keys in the first place, which messaging apps like WhatsApp and Signal do not.

Police in North Carolina, US asked Google to provide data not only for specific suspects in a crime scene area, but from the mobile phones of all people in the area – in one instance, a zone ranging 17 acres. Google has not revealed whether or not it complied with this request.

YouTube CEO Susan Wojcicki announced that the video platform will soon introduce new features to prevent the spread of misinformation, including inserting links to Wikipedia pages beside videos that support “conspiracy theories.” The hope, it seems, is that Wikipedia’s neutrality standards will help to give consumers more balanced information about the issue or incident in focus. 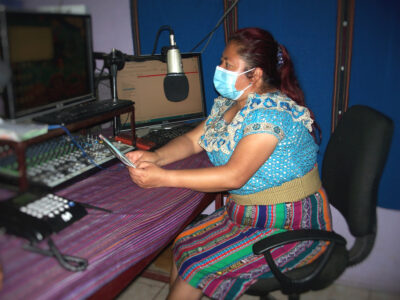