The Advox Netizen Report offers an international snapshot of challenges, victories, and emerging trends in Internet rights around the world. We dedicate this edition to journalists who have been threatened or killed this year, in honor of World Press Freedom Day on May 3, 2018.

In only a few months, 2018 has proven itself a difficult year for journalists around the world. Just days before World Press Freedom Day, ten media workers were killed in Afghanistan, nine of them in a suicide bombing in Kabul.

Reporters and photographers from the BBC, AFP, Radio Free Europe and local outlets Tolo News, 1TV, and Mashal TV died in the blasts. Multiple outlets reported that the bomber had enmeshed himself among the journalists, pretending to be a reporter.

Tweeting to honor his colleagues from the close-knit circle of journalists reporting on conflict in Kabul, Afghan journalist Tahir Qadiry shared a photograph of the bloodied engagement ring of fallen cameraman Yar Mohammad, who was to be married next month.

And the ring that didn’t keep the promise. This is the engagement ring of Yar Mohammad, a @TOLOnews cameraman, who had promised his fiancée to get married next month. He was amongst the dead today. pic.twitter.com/XLMkLUsqnf

In Pakistan,more than 80 media workers and rights advocates signed a statement on April 19 expressing their deep concern over the deterioration of media freedom in the country. They cite the recent ban on the major news network Geo, increasing censorship of news stories online, and threats faced by journalists, particularly those covering “rights movements.”

“There is growing self censorship and increasingly, discussions on ‘given news’ rather than real news, violating the citizens’ right to information,” the statement read.

On May 3 journalists who rallied in Islamabad to honor World Press Freedom Day were confronted by police, who barred them from marching towards the Parliament building. While some clashed with authorities, others sat in silent protest.

In the Philippine city of Dumaguete, a gunman fired multiple shots at radio reporter Edmund Sestoso as he rode home from his morning broadcast on April 30. When a tuk-tuk driver attempted to take him to the hospital, the gunman shot out the tires of the tuk-tuk as well. Sestoso died of the gunshot wounds on May 2. His wife told local media that Sestoso had received threats related to his radio reporting before his killing.

In a recent meeting with Slovak Prime Minister Peter Pellegrini, German Chancellor Angela Merkel urged the newly elected leader to solve the March 2018 murder of journalist Jan Kuciak, who was killed in February along with fiancee Martina Kusnirova.

Police and people close to Kuciak suspect his death was related to his work. His most recent investigation, which had yet to be published, looked at connections between Slovak government politicians and Italian mafia interests in eastern Slovakia and whether they aimed to defraud the European Union.

Several days after the murder, Slovak police arrested but then released Italian citizens Antonino Vadala, Bruno Vadala, and Pietro Catroppa, who all are allegedly connected to the large-scale Italian organized crime group ‘Ndrangheta, which Kuciak was investigating prior to his death. No further arrests have been made in the investigation of the killing.

On May 2, the judge presiding over the case against Reuters journalists Wa Lone and Kyaw Soe Oo in Myanmar agreed to hear testimony from a police officer who claims that police orchestrated the journalists’ arrest as part of a “trap.” The two were arrested shortly after they had investigated a mass grave in Rakhine state, home to most of the country’s embattled Rohingya Muslim population. Wa Lone and Kyaw Soe Oo were charged under Myanmar’s Official Secrets Act and could be sentenced to up to 14 years in prison if convicted.

Journalists and other staff from the independent Turkish daily newspaper and website Cumhuriyet were convicted by an Istanbul court of “aiding terrorist organizations,” in a case brought by public prosecutors who claimed the newspaper staff had followed or aided exiled Turkish cleric Fetullah Gulen and the Kurdistan Workers’ Party. The fourteen media workers now face between two and seven years behind bars.

CPJ: 18 journalists have been murdered because of their work this year

The US-based media freedom group the Committee to Protect Journalists maintains an active database of killings, motives and other contextual details of journalists’ deaths. Thus far in 2018, the group has identified 18 cases of murder in which they were able to confirm a motive. They include:

Global Voices expresses its deepest condolences to journalists facing threats, and to the families of journalists who have been killed because of their work. We stand in solidarity with all media workers seeking to protect freedom of expression online and off. 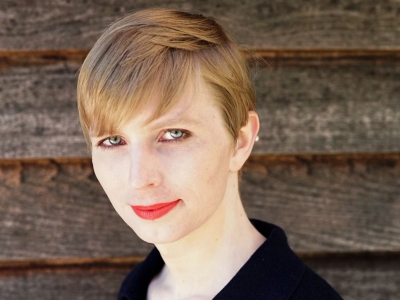 Iraq  18 May 2017
END_OF_DOCUMENT_TOKEN_TO_BE_REPLACED
Cancel this reply