Can the United States connect Cubans to the internet? A historical review from the Cuban perspective 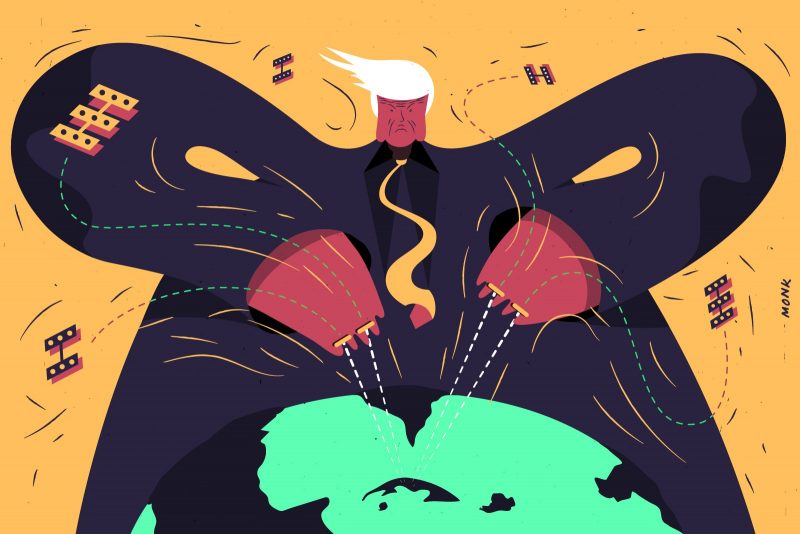 The inaugural meeting of the Cuba Internet Task Force (CITF) was held on February 7, 2018 and led by the State Department’s Assistant Deputy Secretary for Western Hemisphere Affairs, John Creamer.

What was said is already well-known: Low internet access in Cuba is mainly the result of a political decision by the government. The hourly cost is prohibitively expensive. Access to the internet is vital for the development of civil society, independent journalism, and the protection of human rights. Increasing access to the internet could contribute to improvements in health, agriculture, tourism, and provide new opportunities for business.

No direct fiber optic cable connection exists between Cuba and the United States, a piece of infrastructure that would allow the country to quickly restore connectivity if it were lost after a hurricane.

To understand why this was under discussion, we must go back to the beginnings of the CITF.

On January 23, 2018, the State Department announced the official creation of CITF in accordance with the Presidential National Security Memorandum, as a further step of intentionally strengthening United States policy toward Cuba since June 2017.

The stated objective was to “examine the technological challenges and opportunities for expanding internet access and freedom of expression in Cuba.” That paragraph hit mainstream national news the next day and spread like wildfire across international media, blogs and social media.

The Cuban Ministry of Foreign Affairs (MINREX) delivered a note to the US chargé d'affaires in Havana eight days later, saying that the actions described in the paragraph were an attempt “to flagrantly violate Cuban sovereignty.”

All funding needed for the organization and operation of CITF would be provided by the Western Hemisphere Affairs Office and participating agencies.

CITF was to be composed of departmental and agency representatives from the United States government and by non-governmental organizations or private entities related to the Internet.

Two subcommittees were created after the first meeting: “one to analyze the role of media and the flow of free and unregulated information in Cuba and another to explore access to the Internet within the country.” So it is likely that the Cuban reader of this article is being accompanied by a member of the subcommittee dedicated to the role of independent media from his office.

In summary, what CITF must deliver to the Secretary of State and the White House when its work is completed in 2019 is a report with recommendations.

Requesting recommendation reports to increase Internet access in Cuba is not just another one of Donald Trump’s quirks. Bill Clinton, George W. Bush and Barack Obama have done so before him. Before Bill Clinton, the Internet did not exist in Cuba (recall that it was during his administration the island's first Internet connection was finally authorized in 1996).

It was during his administration the island's first Internet connection was established in 1996, in relative sync with other countries in Latin America. 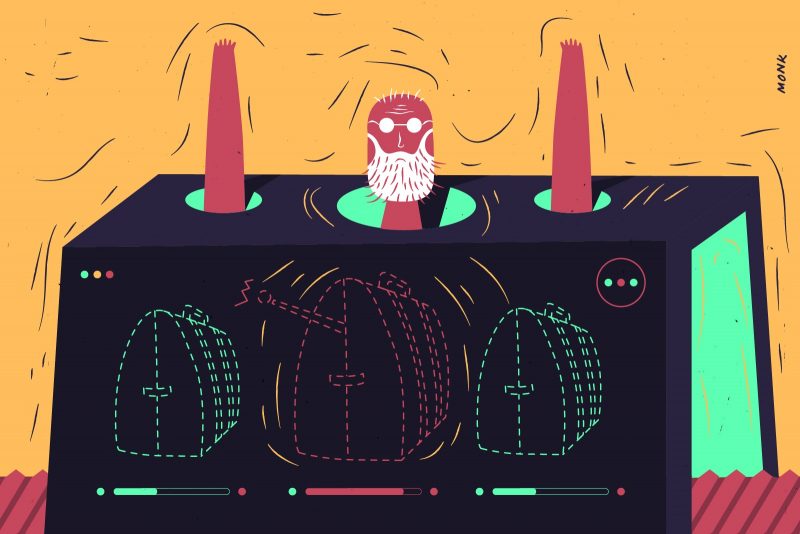 Is it technologically possible to connect Cubans to the internet without the government knowing about it?

Ask Alan Gross. For those unfamiliar with him, he is a US citizen who traveled to Cuba and passed through customs five times with portable satellite communication equipment intended to provide Internet access to several Jewish communities in the country (at least in principle). Gross was not a philanthropist, but a contractor of the private company Development Alternatives, Inc. (DAI). In 2008, DAI was subcontracted by the United States Agency for International Development (USAID), with the aim of increasing Internet access in Cuba.

Gross was sentenced to prison in Cuba for 15 years in 2011 and released after five, as part of negotiations by the administration of Barack Obama, when the two countries re-established diplomatic relations.

The series of unfortunate events that led Gross to imprisonment began with the administration of Bill Clinton and the signing of the Helms-Burton Act in 1996. This federal law was created and passed in order to strengthen the embargo against Cuba, seek sanctions against Castro's government and support government change. Interventions like the one that landed Gross in prison years later were fostered by the Helms-Burton Act.

Working under the fiscal agency of his small company, JBDC LLC, Gross signed a subcontract in February 2009 with DAI for a payment of $258,274.00. This included the purchase of the technology needed to establish Internet access networks via satellite in Cuba. The proposal, called “ICT4Cuba” or by its trade name “ICTs For the Island,” had “to train a primary group on the use and maintenance of information technologies and terrestrial and non-terrestrial communications currently available in the market.” Over longer term prospects, the pilot project would help establish a practical base to improve the management of transition initiatives toward democracy through the construction of technological networks, but JBDC would first work with the Jewish and then the Freemasons communities.

Gross made his first trip to Havana just a month later, in March 2009. According to the transcript of the trial held in the Provincial Court of Havana on March 11, 2011, “he was able to carry in the technology without being detected by customs at José Martí International Airport and then pass along equipment to the BGAN unit that allows satellite communication in the synagogue of the Jewish community in Havana.”

On the night of December 3, 2009, before his fifth return to the United States, Gross was arrested by Cuban authorities and charged with crimes against state security.

After his arrest, he was transferred to Havana’s Villa Marista prison and then to Carlos J. Finlay military hospital, where he was kept in maximum security. After 14 months of detention, he was accused of having committed “acts against the independence or territorial integrity of the State,” of being involved in “a subversive project aimed at overthrowing the revolution,” and of  violating Article 91 of the Penal Code due to the work he was doing for DAI and USAID. Results of the trial as decreed by the Supreme Court: 15 years’ deprivation of liberty.

Alan and his wife Judy Gross sued the US government for negligence by repeatedly sending Gross to do work for which “the government knew he was ill-prepared, without providing the most basic education, training, or warnings required in the directives by the government itself.” But they lost the suit. The most they achieved was an agreement with DAI for an unpublicized settlement.

On March 22, 2016, at the Havana Grand Theatre, Obama delivered a speech to the Cuban people:

The Internet should be available across the island, so that Cubans can connect to the wider world — and to one of the greatest engines of growth in human history. […] And I can tell you as a friend that sustainable prosperity in the 21st century depends upon education, health care, and environmental protection. But it also depends on the free and open exchange of ideas. If you can’t access information online, if you cannot be exposed to different points of view, you will not reach your full potential. And over time, the youth will lose hope.

So Cuba, are you feeling lucky?

Since 2014, representatives from Google periodically visited Havana. In 2016, Google opened a technology space at the studio of Kcho, an artist who until recently had close ties to the Cuban government and Communist Party. Located in the outlying city section of Playa, the Google + Kcho.Mor studio offered free internet access to the public, on 20 Chromebooks, which people could use for one hour at a time, if they provided state ID first. At the time of its opening, Google's Brett Perlmutter said that the company was confident that the project would be part of a broader cooperative effort to bring Internet access to the Cuban people.

In May of that same year, T-Mobile announced an interconnection and roaming agreement with the Telecommunications Company of Cuba, S.A. (ETECSA), which enabled the expansion of communications between the United States and Cuba, offering cheaper (but still relatively expensive) voice calls for US customers who wanted to keep in touch with friends and family in Cuba, as well as data plans for customers traveling to the island. As a result of the agreement, T-Mobile Simple Choice plan customers  could “call landlines and cordless phones in Cuba from the US for $.60 a minute.”

ETECSA also had roaming agreements with Verizon Wireless, based in New York; Sprint, based in Overland Park, Kansas; and AT&T, based in Texas. At AT&T, data cost $2.05 per megabyte.

Trump’s Task Force isn’t the first – and neither does it appear to be the last – of a US administration. We will have to wait until October 2019 to know what they’re going to recommend to the White House and State Department.

Over time, US authorities have tried two different models for expanding Internet access in Cuba: the Alan Gross formula, under which initiatives were carried out in secret or semi-secret terms; and the Obama model, where in the US government openly and publicly sought to push for change, while still carrying out some semi-secret intervention programs.

The former method bysteps Cuban authorities (and specifically the ETECSA monopoly) entirely, defying customs laws, installing technologies in communities of interest (such as religious groups, political opponents, youth, etc.), and in the case of Alan Gross, ending with a 15-year prison sentence, reduced to 5 after intense negotiations. Nevermind maintenance costs of operations unmaintainable even for USAID, or, in the most laughable of cases, a possible ultimate outcome of Cuban civil society more interested in downloading pornography than political news.

The latter, in which talks with the Cuban government and ETECSA kicked off with Obama's announcements in December 2014, has not managed to significantly increase access, lower costs, or promote free flow of information within the island.

Ultimately, the biggest achievements of these efforts have only thus far culminated in faster downloads on Havana's Google servers (under the eye of ETECSA) of singer Marc Anthony and music group Gente de Zona YouTube videos. 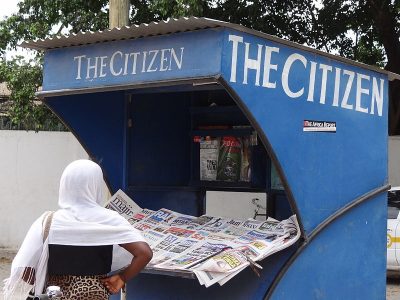