Brazilian journalists face hacking, doxxing and other threats as election draws near 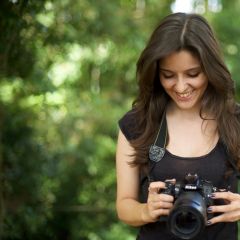 After publishing one of the most important reports of this electoral season in Brazil, Patricia Campos Mello paid a high price.

The reporter for Folha de São Paulo, one of the most important news outlets in the country, uncovered a scheme used by Jair Bolsonaro’s campaign to spread false news on WhatsApp. According to Mello’s article, business associates of the campaign paid around USD $3 million to the companies that ran the scheme. The money was never declared by the candidate, as required under electoral law.

Soon after the story was published, Mello began to receive threats and had her personal WhatsApp account hacked. The attackers erased a few of her conversations and sent pro-Bolsonaro messages to her contacts. As the newspaper published:

[Patricia] received two phone calls from unknown numbers in which she was threatened by a male voice.

The threats to the journalist also spread in different groups of Jair Bolsonaro’s supporters on WhatsApp. Messages calling voters of the retired captain to confront Patricia at an event where she was scheduled to moderate were also distributed.

The final vote for the presidency will take place on October 28, and multiple polls show that Bolsonaro is heavily favored to win.

The case of Patricia Campos Mello, which is now under investigation by the Federal Police, was the latest in a series of threats to journalists working in Brazil during this election cycle. Two reporters who collaborated on the same story were also threatened. A reporter of Estado de São Paulo was doxxed after writing a follow up story. His personal telephone number was publicized online by a vocal supporter of Bolsonaro.

According to the Brazilian Association of Investigative Journalism (ABRAJI), there have been 141 cases of threats and violence against journalists registered during the coverage of 2018 elections. Most of them are attributed to Bolsonaro’s supporters, but there are also cases linked to Workers’ Party voters. Daniel Bramatti, ABRAJI’s president, noted:

To demonstrate a commitment with the preservation of democracy, both candidates must condemn any threats or attacks against journalists doing their work and must abstain themselves from any speech inciting violence.

A day before Mello broke the news on the scheme, Bolsonaro signed a statement with the Brazilian Press Association, articulating his commitment to respecting freedom of the press. After the story was published, however, his tone changed.

In a live broadcast to a crowd rallying in his favor, at Avenida Paulista, a major thoroughfare in São Paulo, Bolsonaro called Folha “the biggest fake news in Brazil” and defended “free press rights, but with responsibility”. He also echoed his message via Twitter:

The easy life of Folha de São Paulo is about to end, but not with censorship! The public funds they receive to make political activism are about to dry out, as its credibility goesdown the drain with biased information less serious than a comedy magazine!

An article by The Intercept Brazil notes that, in 2018 alone, Bolsonaro initiated 23 actions to take down negative news and posts on the internet criticizing him.

This makes him the politician who has appealed to the judiciary the greatest number of times to silence opposers. The study was made by a tool called Ctrl+X, created by the Brazilian Association of Investigative Journalism (ABRAJI), that monitors court attempts to stop the publication of information.

The Intercept Brazil also revealed that threats against media workers also come from inside newsrooms. The news outlet published an exposé on how reporters working for news portal R7 received orders to produce positive stories on Bolsonaro and negative ones on his opponent, Fernando Haddad.

R7 is a company linked to the Universal Church of God’s Kingdom, owner of the second most powerful media group in Brazil and led by Edir Macedo, a billionaire evangelical figure who has been involved in multiple financial scandals over the years, and has faced allegations of child trafficking.

After refusing to participate in debates with his opponents, Bolsonaro agreed to give an exclusive interview to Record TV, from Macedo’s group, three days before the first turn of the elections. The week before the final vote, a journalist quit the radio show after being told not to ask questions to the candidate in another exclusive interview via phone. The episode was recorded at a local radio station, in the south of Brazil, that also belongs to Record.

A few days after The Intercept story was published, R7 published its own piece attacking the site’s founder, Glenn Greenwald, and the Brazilian editor, Leandro Demori, at a personal level. The story accused The Intercept of pushing a political agenda and promoting the work of Greenwald’s husband, David Miranda, who is a City Councilor in Rio de Janeiro, representing the left-wing party PSOL (Socialism and Freedom Party).

The reporter himself responded to the attacks:

It was in that context that Macedo-machine journalists began widely complaining, from behind a protective wall of anonymity, that they have been converted from journalists into hostage-like messaging machines for a candidate widely, and credibly, viewed as fascist. And that was what enabled The Intercept to report on the inner workings of R7 and the severe pressure its writers are under to distort the truth and churn out pro-Bolsonaro, anti-PT agitprop.

But it’s one thing for Macedo to use his massive wealth and media empire to elect a fascist. It’s another entirely for him to exploit and abuse those media outlets to intimidate, investigate, and threaten journalists for the crime of reporting on Bolsonaro and his media outlets. That conduct is a serious threat to a free press: it is virtually impossible to freely report on Bolsonaro if one knows that Macedo’s infinite wealth and powerful outlets will be used to smear not only the journalists responsible but their family members as well.

This year, Reporters Without Borders’ (RSF) ranking of world press freedom put Brazil at 102 among 180 countries, falling below several other countries where media workers face considerable risk in their day-to-day work, including Hungary, Nicaragua and Kyrgyzstan.

RSF identified the lack of a national system to protect media professionals and guard against impunity as the main problems:

The freedom to inform is far from being a priority for the authorities amid the high level of political instability, as seen in President Dilma Rousseff’s removal in 2016 and the uncertainty surrounding the 2018 presidential election. Media ownership continues to be very concentrated, especially in the hands of big industrial families that are often closely linked to the political class. The confidentiality of journalists’ sources is under constant attack and many investigative reporters have been subjected to abusive judicial proceedings.

The Committee to Protect Journalists in the Americas (CPJ) called Brazilian authorities to ensure the safety of media professionals:

Brazilian authorities must guarantee the safety of Brazilian journalists who are covering elections in the country. In a turbulent democracy such as Brazil, freedom of expression is a fundamental right, before and after the elections in October, 28.

A special commission for the Organization of American States, sent to oversee the elections in Brazil, declared that the circulation of fake news via WhatsApp during the current campaign to be “unprecedented”. A judge denied Bolsonaro’s request for an editorial in which he could respond to the Mello story in Folha’s pages, following the WhatsApp scheme news, claiming that it lacked justification since the information was not “untrue”.

Anyone can disagree with a story, and they have the right to do so publicly, but threatening reporters and inciting others to do the same not only endangers the personal safety of journalists, but it also harms the freedom of speech and democracy. The presidential candidates must stand up for journalists’ rights to inform the public and the public’s right to be informed.