‘Blood feud’ against Chechen blogger is the culmination of a months-long, unusually frank conversation about a buried past

Painful memories of war have surfaced in online debates. 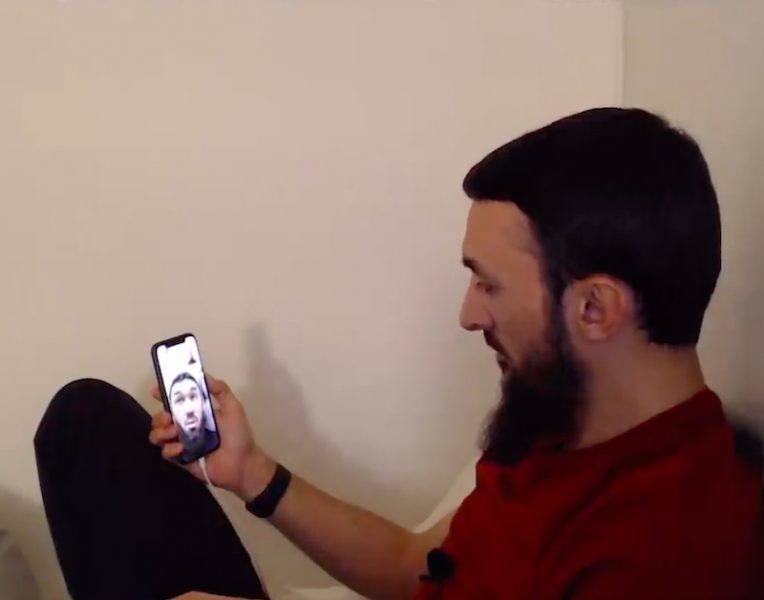 On March 12, several Russian news outlets, following by a few North American publications such as The Washington Post and The New York Times, reported that a top Chechen official declared a “blood feud” against a dissident Chechen blogger in exile in Poland. The blogger in question, Tumso Abdurakhmanov, told AP he was taking the threat “seriously.”

There’s no reason he shouldn’t: the Chechen official, known by his nom de guerre Lord, real name Magomed Daudov, is a former guerilla warlord who switched sides and now supports the Russian government. He reportedly directed the “gay purge” in the strictly Islamic republic, among other things on his less-than-stellar human rights record.

Abdurakhmanov, 32, is no democrat himself. He is a self-described follower of Salafism, a strictly traditional school of Islam, and committed to the failed cause of Ichkeria, the short-lived interwar Chechen proto-state.

The blogger rose to public prominence in 2015, when while driving on a road in Grozny, Chechnya's capital, he supposedly failed to give way to the cavalcade of Islam Kadyrov. The cousin of Ramzan Kadyrov, Chechnya’s all-powerful ruler, Islam Kadyrov holds various official titles, including the mayor of Grozny for three years. Abdurakhmanov claims Islam Kadyrov confiscated his phone by force and confronted him about the anti-Ramzan Kadyrov and anti-Putin caricatures, videos, and other content from his blog.

Abdurakhmanov, as he described it to reporters, was taken to be questioned by Islam Kadyrov and senior Islamic clerics who accused him of being “hardened Wahhabi.” Following that episode, the blogger fled the country and eventually landed in Poland, where he is currently fighting extradition to Russia. He is sought by Russian anti-terrorist authorities who accuse him of being a member of an “illegal armed group” fighting in Syria — a charge that Abdurakhmanov vocally denies.

While in exile, Tumso Abdurakhmanov took to YouTube to air his anger about Ramzan Kadyrov and his associates, whom he labels as “traitors” to the nation for abandoning the cause of Ichkeria and Chechen independence while swearing loyalty to Vladimir Putin and Russia. Magomed Daudov has long been the target of Tumso’s video missives, enough for the Chechen official to one day call Abdurakhmanov on Whatsapp — in full knowledge that the recording would be made public — and proceed to have a 3-hour conversation with the blogger.

Abdurakhmanov did indeed immediately upload the three hours of tense exchanges in Chechen and occasional Russian, in several parts, to his YouTube channel. The first part attracted 2,5 million views at the time of writing — an astonishing number, given that only 1,2 million people live in the republic of Chechnya. Abdurakhmanov's channel, which goes under the nickname Abu Saddam Shishani, has almost 50,000 subscribers.

Soon thereafter, other senior cadres in Ramzan Kadyrov’s tightly run “royal” court (they refer to Kadyrov as “pachchakh” in Chechen, meaning “padeshah”, or king in Persian) also rang Tumso Abdurakhmanov, knowing that they would be asked tough questions and even insulted in full view of an online audience of millions.

In conversations watched over 3 million times on YouTube, conducted mostly in Chechen with Russian subtitles, Abdurakhmanov and Daudov engage in surprisingly frank debates about Chechnya and Russia’s recent past, the wars that annihilated the small republic and its population and the subsequent restoration under the Kadyrov family rule.

What seems to have stung Daudov the most was Abdurakhmanov’s reference to the fact that the official shares the noble title of the Hero of the Russian Federation with a Russian army general universally reviled in Chechnya for his brutal counterinsurgency campaigns:

Alexander Chernykh, a reporter for the newspaper Kommersant, notes in his run-down of the online debates that Daudov briefly hesitates, as if he’s never actually asked himself: how indeed did it come to this?

Seemingly at the end of his patience, Daudov responded with a video of his own, where he accused Abdurakhmanov of tarnishing the memory of Akhmat Kadyrov, Ramzan’s father and the first president of the post-war Chechen Republic, assassinated in the capital Grozny in 2004.

What Daudov said then (“blood feud”) is the matter of some linguistic debate. Media outlets focused on the North Caucasus say the term only applies to narrowly defined circumstances of blood revenge, that one family wages on another, for the murder of one of its own. Since this is not relevant in Daudov and Abdurakhmanov’s case, experts say the latter is unlikely to be targeted in a vendetta, although he still must be in considerable danger, given the brutal end of many of the regime's public enemies.

In a subsequent op-ed on the subject, Alexander Chernykh also notes that those heated exchanges provide a rare glimpse into painful and conflicted issues that are burning hot in today’s Chechnya, ten years after the official conclusion of the Second Chechen War. The wounds of war are still fresh in the North Caucasus, but public debates about its consequences are extremely rare.

Most Chechens are still too traumatised to talk about the war, especially to publicly seek answers to questions like: how should we treat those who fought for independent Ichkeria, then switched sides to join the federal military? Are wartime field commanders such as Shamil Basayev hero rebels, or terrorists?

While both Chechen and Russian popular media and societies are busy containing the tender memories of a recent past, the pain surfaces in uncensored online debates watched by millions.