when citizens fight against disinformation, they can face legal threats 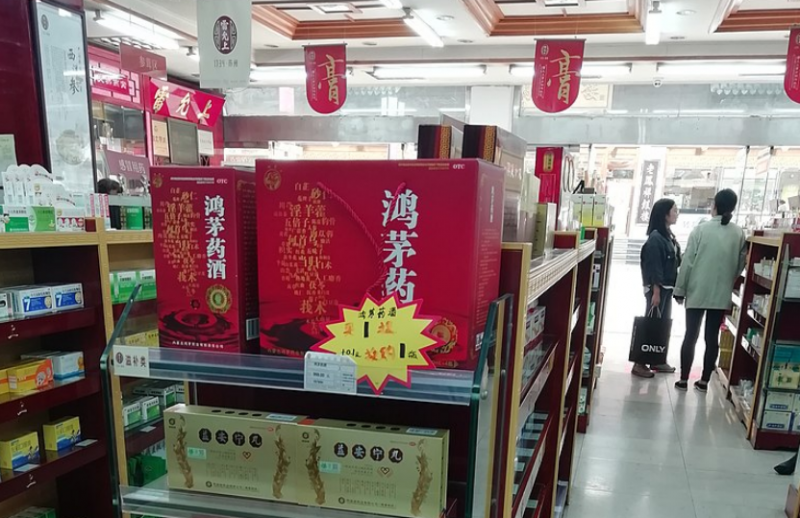 Hongmao liquor for sale at a shop in Suzhou, China. Photo by Shwangtianyuan via Wikimedia Commons (CC BY-SA 4.0)

In 2017, our team at the University of Hong Kong built a technical web “scraping” system for studying censorship on WeChat's publicly accessible pages. Throughout 2018, we tracked more than 4,000 public accounts covering daily news and preserved censored posts in a publicly accessible database, WeChatscope. This article is the seventh in a partnership series with Global Voices.

Chinese authorities regularly cite disinformation and rumors as justification for online censorship. But when independent citizens attempt to fight against the spread of disinformation, they can face legal threats.

At the start of 2018, a medical doctor in Guangdong province was arrested and jailed after he uncovered the presence of toxic ingredients in a medicinal liquor made by Hongmao Pharmaceuticals, a company based in the northern city of Liangcheng.

Advertisements claimed the medicinal liquor could cure the common cold, relieve pain and keep people in good health, leveraging the power of traditional Chinese herbs. But anesthesiologist Tan Qindong pointed out that a number of herbs in the product are toxic when consumed over a period of time. Moreover, it could generate adverse effects to old people with certain physical condition, such as high-blood pressure. He wrote his medical view and criticized that the company had exaggerated its efficacy on a mobile publishing platform.

Less than a month later, Tan was arrested in Guangzhou City, where he resides. But he was arrested by police from Liangcheng, a major city in the autonomous region of China called Inner Mongolia.

The inner Mongolia liquor company claimed that Tan’s article was defamatory in nature and had caused the company RMB 800,000 (US $ 119,000) in damages. The Liangcheng police then tracked Tan's location through the online publishing platform, crossed out of their jurisdiction and went to Guangzhou, where they arrested Tan. Their journey was not trivial — Google maps estimates that it takes 26 hours by car to drive from Guangzhou to Liangcheng. Tan’s lawyer later revealed that the Liangcheng police trip was sponsored by the liquor company.

Police took Tan back to Liangcheng county where he was detained for three months before the case was presented to the Inner Mongolia court on April 15.

On April 16, a Chinese medical doctors’ association issued a statement pledging to provide legal aid to Tan, urging pharmaceutical corporations to abide by regulations on medical advertisement, and calling on law enforcement to respect academic views and avoid the criminalization of civil disputes.

The next day, the court rejected the prosecutor’s case against Tan due to lack of evidence. Tan was released on bail on the same day.

During his detention, Tan was viewed as a hero fighting against an immoral company and corrupt police. Many celebrities spoke out against the liquor’s misleading indications and advertisements. Tens of thousands netizens flooded the Liangcheng police department’s official Weibo criticizing them for making an illegal arrest across provincial jurisdiction.

Prior to the court ruling, many posts on WeChat that criticized the company were taken down. For example, an April 16 post, “Liangcheng police cross jurisdiction arrest was similar to what happened to hero Lin Chong in Water Margin” (凉城警方跨省抓发帖人和董超薛霸押解林冲没啥不同), was deleted on the same day. The post pointed to the fact that Hongmao had partnered with China Central Television in “national brand” sponsorship.

Upon his release, Tan told Beijing News what he endured during his three-month detention. He emphasized that he was unrepentant, saying that “it was right to tell the truth”. This video interview soon went viral and western media, including The New York Times, picked up the report.

Public attention on the case triggered more commentary on social media. But those who did not adhere to the official line had their posts deleted on WeChat. For example this post, “Details filtered by media reports concerning Tan Qidong.” (关于谭秦东：那些被媒体过滤的细节) was published on April 21 and deleted on April 23. The writer credited netizens’ support and the Chinese medical doctors’ association for helping to get Tan out of jail.

Another post, “Insider on Hongmao: original plan was to convict Dr Tan and arrest Dr Spring rain” (知情者谈鸿茅药酒：本想判完谭秦东后 再抓春雨医生) presented photos taken from Hongmao’s meeting with its traders on April 16 and 17. The story was published on April 21 and censored on the next day.

There were no further reports about Tan until May 15 when Tan’s wife told an online news reporter that Tan was admitted to a mental hospital after being questioned by Guangdong police for 12 hours on May 11. According to his wife, upon returning home from the police station, Tan locked himself in a room crying, slapping himself on the face and banging his head against the wall. Hospital officials said Tan was suffering from post traumatic stress disorder.

Reports of this ordeal went viral overnight and on May 17, propaganda authorities issued an instruction demanding deletion of related content, as reported by China Digital Times:

Even reports from state-affiliated People’s Daily were removed from their website. Similar reports on Tan’s status were removed from WeChat. On May 17, Tan issued an apology to Hongmao for using the term “poison” in his post.

Tan’s name has become a sensitive term on social media. In June, he opened a WeChat account by reversing his name and writing it as Dong Qintan. Though he had thousands of followers, could not mention anything related to Hongmao.

After the incident, Hongmao’s production line was suspended for four months. But it is now back to business as usual. The company remained among CCTV’s top five advertising business partners for 2018 — and still managed to become was one of the top ten censored topics on WeChat for the same year.