Venezuela has set a new "record in censorship" for itself. 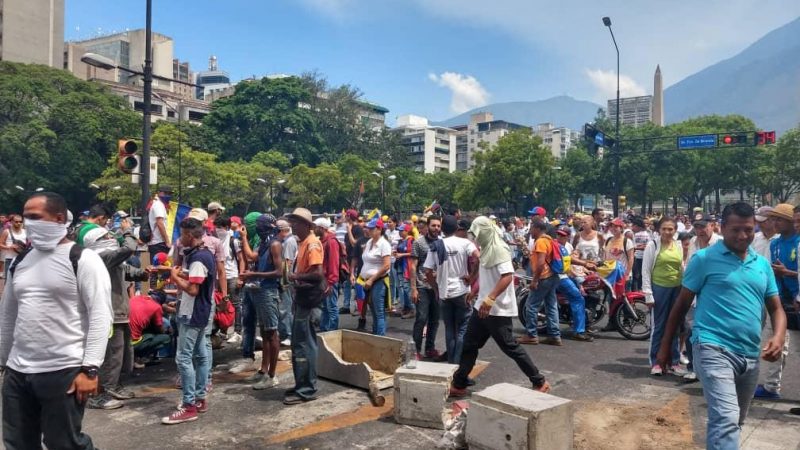 A rally starts to gather in Altamira, in the East of Caracas, a typical point in the city taken by government opponents. Photo by Efecto Cocuyo, used with permission.

A new chapter in Venezuela's political power struggle started early on April 30 when opposition leader Juan Guaidó called people to the streets for what he described as the “definitive phase” of “Operation Freedom”, an effort to bring an end to Nicolas Maduro's government.

Guaidó delivered his message in a video shared on Twitter, where he stood before a group of soldiers in uniform. Standing in the background was opposition leader Leopoldo López, Guaidó's political mentor. Their supporters soon took to the streets on April 30 and again on May 1.

On January 23, 2019, Guaidó, who is president of the National Assembly, invoked Article 233 of the Venezuelan Constitution to take presidential powers and call for elections. The National Assembly had denounced the government of Nicolás Maduro as illegitimate after he was inaugurated for a second term, following May 2018 elections that were widely considered to have been fraudulent.

“Operation Freedom” was intended to be the first of a three-part plan proposed by Guaidó in January 2019. This also became his mantra as a political leader: “end the usurpation, [form a] transitional government, and [hold] free elections”.

In February 2019, the United Nations still recognized Maduro as Venezuela's president, but 65 countries had recognized Guaidó as interim president.

According to local independent news outlet Efecto Cocuyo, protests are ongoing in many cities in the country, and authorities have resorted to violence in efforts to disperse demonstrators.

Media collective Caracas Chronicles described some of the events of April 30:

The hardline anti-regime demonstrators resisted teargas at Altamira and several other places across the nation. Some were wounded—in some cases by gunfire. Protestors seemed exhilarated and were eager to stand their ground. It was impressive, as protestors cheered GNB officers who stood by them against the regime’s security forces. The video of a “Chavista” armored vehicle ramming protesters near La Carlota airbase became viral.

The political cliffhanger has people online constantly looking for information, and bracing themselves for the coming hardships:

The situation in Venezuela is exasperating. We're always in anguish. We started the day collecting as much water as we could, even in glasses. We charged cellphones and lamps, prepared our bags with canned food. I honestly don't know what else to do. I'm going to work.

Food, water and electricity are increasingly scarce, as is access to communication networks. These factors, combined with the looming threat of violent confrontations in the streets, have put many Venezuelans in a perpetual state of uncertainty.

Setting a new record for censorship

According to censorship researcher Andrés Azpúrua, Venezuela set a new “record in censorship” for itself on April 30 and May 1, as several communication services and television channels became inaccessible in the country, exacerbating the country's already heavily restricted media landscape:

Today has been a landmark for censorship and [web] blocking in Venezuela. Particularly on the internet.

It is one of the days in which censorship has increased and where the [strategy] has shown more desperation as different blocking techniques have been used over the course of the day.

The Venezuelan Institute of Press and Society reported that on April 30, Twitter, Instagram, Facebook, Periscope, YouTube and Google services were difficult to access on the country's major internet service providers — Digitel, Movistar and the state-controlled company CANTV. WhatsApp (arguably the most important communication platform for Venezuelans) and Telegram were difficult to access through CANTV.

Internet censorship research group NetBlocks reported that services were restored 20 minutes prior to Nicolás Maduro's streamed speech on May 1. 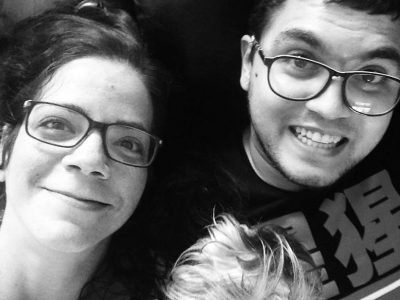