In recent months even government officials have criticised the new law 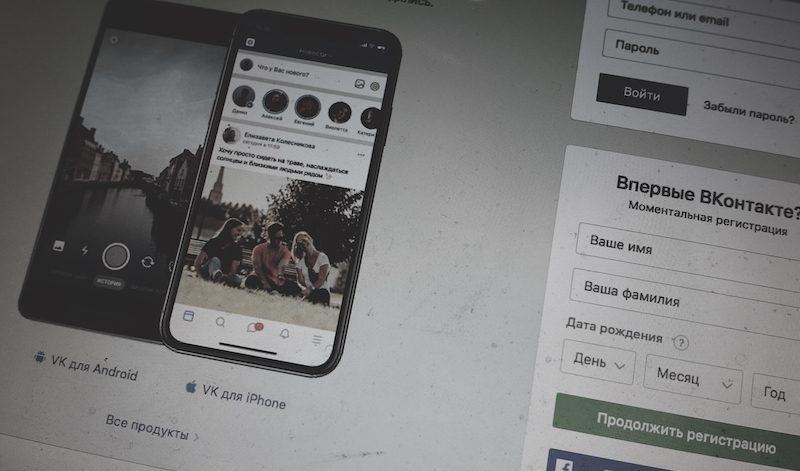 On 31 March, Yuri Kartyzhev logged onto the Russian social media network VKontakte and called President Vladimir Putin an “unbelievable f***wit.” It was the wrong time for such passions; earlier that month, Putin signed a new law allowing courts to fine or jail people found guilty of making “insulting statements” towards the authorities online. Kartyzhev had the dubious honour of becoming the first person sentenced under the new law; on 25 April this carpenter from a small town in the Novgorod Region was fined 30,000 rubles (480 USD) for his posts; the minimum amount a court can demand for the offence.

A cursory look at the runet reveals dozens if not hundreds of similar statements about the powers that be. Many Russian social media users were appalled; an online flashmob was launched in solidarity with Kartyzhev, or at least the opinions he expressed. The hashtag #Сказочный (“unbelievable” or “magical”) can now be found across the runet in his honour. If it could happen to Kartyzhev, it could happen to them too. And it has: on 15 July, the activist Igor Gorlanov was accused by police in Novokuznetsk of violating the law solely for sharing a link to a MediaZona article containing Kartyzhev’s quote.

Gorlanov’s case may seem particularly absurd, but it is just the tip of the iceberg. On 10 July Pavel Chikov, a lawyer with the human rights organisation Agora, noted on his Telegram channel that, by his count, over 20 court cases have been launched referencing the new law against insulting the authorities. Several months since the enactment of the law, it appears to be applied inconsistently and unpredictably, with several cases thrown out of court and government officials openly criticising its misuse by local elites. Roskomsvoboda, an NGO monitoring online freedoms in Russia, recently remarked that the law had “failed.”

On the day of its introduction, prominent opposition politician Alexey Navalny tested the law by tweeting:

From today, a new law is in effect in Russia which prohibits insulting the government online. I, Alexey Navalny, declare: the presidential administration and government of the Russian Federation are a clique of thieves, scoundrels, and enemies of Russia. The Federation Council is filled with rascals. United Russia is a party of crooks and thieves.

There is a bigger picture to this new law, which was part of a package of amendments also including similar punishments for sharing “fake news.” Both are part of a larger legislative drive towards a “sovereign internet” proposed by senator Andrey Klishas and Duma deputy Andrey Lugovoi in December 2018. Websites which fail to remove the offending material within 24 hours may be blocked by the authorities; Meduza reports that in April, two websites in the city of Yaroslavl faced such demands from state-run media watchdog Roskomnadzor after they refused to delete photographs of graffiti offending Putin painted on the side of the local Interior Ministry building.

Roskomnadzor, which carries some of the burdens of implementing the new law, does not appear to have a clear vision of how to do so. For example, officials involved in the brief ban of the Yaroslavl websites cited irrelevant legislation in their warnings to the editors. Furthermore, in April, BBC’s Russian service reported that Roskomnadzor officials had tried to explain the new law’s ramifications to media managers but could not agree on which specific terms were insulting, concluding that each would have to be examined on a case-by-case basis.

Then again, as with Russia’s notorious “anti-extremism” legislation, perhaps the vagueness of the new law is its rationale. The new amendments to the administrative code’s article on “petty hooliganism” forbid “indecent expressions and obvious disrespect towards society, the state, official state symbols and the constitution of the Russian Federation, and bodies exercising state authority in the Russian Federation.” There are no clarifications as to what constitutes “indecency” and “clear disrespect.”

When asked about the law in last month’s Direct Line, an annual live show where citizens can ask questions of the president, Putin justified its introduction by referencing a similar initiative in Germany. Yet he also expressed concern about its misuse and stressed that it was primarily designed to stop disrespect of state symbols, in a veiled criticism of haphazard attempts to implement the law in Russia’s regions.

For example, on 26 June a court in Abakan, Khakassia, dismissed a case against Vyacheslav Shoyev, a resident of Krasnoyarsk who called Valentin Konovalov, governor of the Siberian region, a “creep and an arsehole” in a Facebook post. Konovalov’s press secretary stated that the governor played no role in the case against Shoyev, suggesting that the arrest had been an autonomous decision by the security services.

Similarly, on 28 June, a court in Tatarstan dismissed a case against Maxim Semin, who according to case materials had posted “negative assessments” of a political party on a VKontake group. The party is not named, but MBK media found the offending post, in a group called “Tipychny Dzhalil” in which Semin called the ruling party United Russia a “gang of thieves and fraudsters,” adding his address and the words “if you are a real man, you’ll know where to find me!” The court ruled that the “negative evaluation of the activities of a political party does not objectively constitute an offence according to [the article].”

“Let’s not forget that disturbances of the public order, when accompanied by foul language in a public place, are considered acts of hooliganism by the Administrative Code of the Russian Federation […] To hand out punishments for swearing on social networks is like trying to kill mosquitoes in a swamp with a fly swatter,” remarked Fedotov.

Another intervention was made on 19 June by Leonid Levin, chairman of the State Duma’s Committee on Information Policy, who suggested that governors and local authorities were overstepping their remit. “The law strictly states that it concerns institutions of power, meaning the president, government, constitution, parliament, and courts,” said Levin. “It should not be used for just any mayor or governor. Unfortunately, we are now witnessing attempts by local regional elites to use this law to settle scores with public figures and journalists.”

Roskomsvoboda noted that the highest number of these cases in recent months have occurred in the Archangelsk region, where local protesters have clashed with the authorities over a planned landfill for trash from Moscow. Several of these cases concerned offensive statements towards the region’s governor Igor Orlov. On 2 July, Svetlana Baksheyeva, a resident of the city of Kotlas in the region, became the first person to have the new law brought against her more than once, due to statements about governor Orlov on VKontakte.

It is hard to say exactly how RuNet users can avoid falling afoul of the new law. Stanislav Seleznev, a lawyer working for Agora, said in a 10 July interview with RFE/RL that in several cases, such as Baksheyeva’s trial, the prosecution did not invoke any independent professional assessments and simply entered the offending words into the court record as self-evident violations of the law.

To be on the safe side, it might be better to avoid Kartyzhev’s words. Or in any case, use them creatively as suggested by Grani.RU:

If, in principle, you don’t want to leave VKontakte, you can always write “Putin is an unbelievable grain-grower!” [a play on the original word], or “Putin is a Loros!” [an embroidered robe worn by Byzantine emperors, seen on some Orthodox icons; both words sound similar to their less praiseworthy counterparts]