How Nigeria uses the law to repress free speech: The case of journalist Jones Abiri 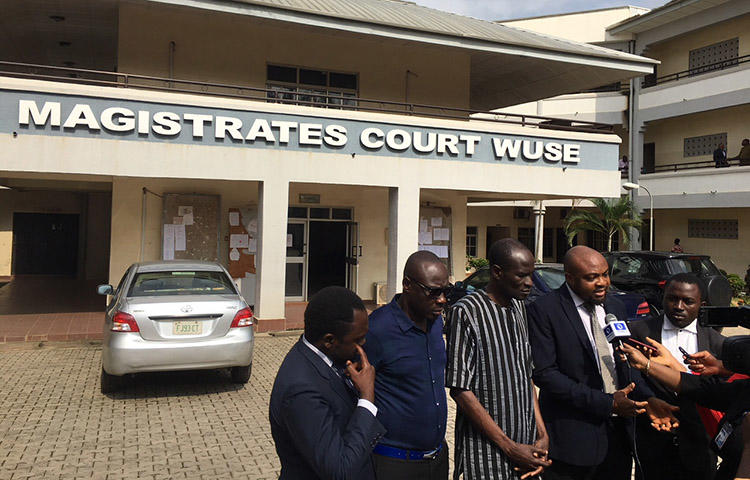 Nigerian journalist Jones Abiri (third from left) with his legal team, speaks to the media on September 5, 2018. Image by Committee to Protect Journalists/ Jonathan Rozen, used with permission.

In May 2019, Nigeria’s security agents once again detained and charged journalist Jones Abiri for crimes of sabotage, terrorism and cybercrimes that they say he committed in 2016.

The government has targeted Abiri as the publisher and editor-in-chief of the Weekly Source, a daily in the oil-rich state of Bayelsa in Nigeria’s Niger Delta region.

His travails at the hands of security agents represent the height of Nigeria’s state repression of free speech and press freedom. Nigerian leaders have consistently activated various laws to target critics and journalists such as Abiri.

Abiri’s history of arrest goes back to July 2016, when state security (DSS) agents entered his office in Yenagoa, the Bayelsa State capital. In August that year, the DSS accused him of being the leader of a militant separatist group responsible for bombing oil pipelines in the Niger Delta region. Following the global outcry over his arrest, the Nigerian government insisted that his arrest had nothing to do with press freedom and that he lacked official journalism credentials.

Supporters and human rights organizations that came to his defence, however, disagree.

According to the Media Foundation for West Africa:

Abiri, who is the editor of the Weekly Sources newspaper, was arrested on August 2016 on accusations of being part of a separatist group and carrying out terrorist activities. Abiri’s family and colleagues, however, believed his arrest was in connection with a report he published which alleged that the country’s military were planning a coup against President Muhammadu Buhari.

In fact, prior to his arrest, the Weekly Source republished a story alleging that some military officers — in concert with politicians and Niger Delta militants — intended to bomb several crude oil installations to create political instability that would trigger a coup against Nigerian President Muhammadu Buhari’s government.

These allegations, denied by the military, were first published by news website PointBlankNews. The US-based publisher of PointBlankNews, Jackson Ude, previously told the Committee to Protect Journalists (CPJ) that people he believes have a connection to Nigerian security services threatened him to remove the story. They also told him that he would face arrest if he returned to Nigeria, Ude told CPJ.

#Nigeria: This July 2016 edition of Weekly Source newspaper was published just days before Jones Abiri, its publisher and editor-in-chief, was arrested by Department of State Security (DSS) agents. He remains in detention without charge or due process. Full paper in thread. pic.twitter.com/t7Bo72nfJv

Abiri remained in detention for two years without a trial, before the Abuja Magistrate Court temporarily released him under strict bail conditions on August 15, 2018.

Upon his release, he said that he was forced under threat of violence to write a confession that he was a militant. On September 18, 2018, a Federal High Court in Abuja, the capital, awarded him 10 million Naira (about $27,500 USD) in damages. The presiding judge described the government’s detention of the journalist in the interest of national security as ‘’baseless.”

But this was not the end of Abiri’s prison ordeal.

On March 30, 2019, the DSS arrested him again in Yenagoa and released him the following month in April.

On May 22, 2019, the DSS summoned Abiri to Abuja, detained and charged him with “terrorism, economic sabotage, and fraud” — for crimes he allegedly committed in 2016. Abiri pleaded not guilty, according to the Committee to Protect Journalists. He has remained in prison since.

The life of journalist Abiri Jones has been of arrest, detention, perpetually adjourned court hearings, jail in Kuje, jail in DSS underground cells. Right now he is in Kuje prison. His ordeal is far from over. For how long will authorities continue to make life difficult for him? 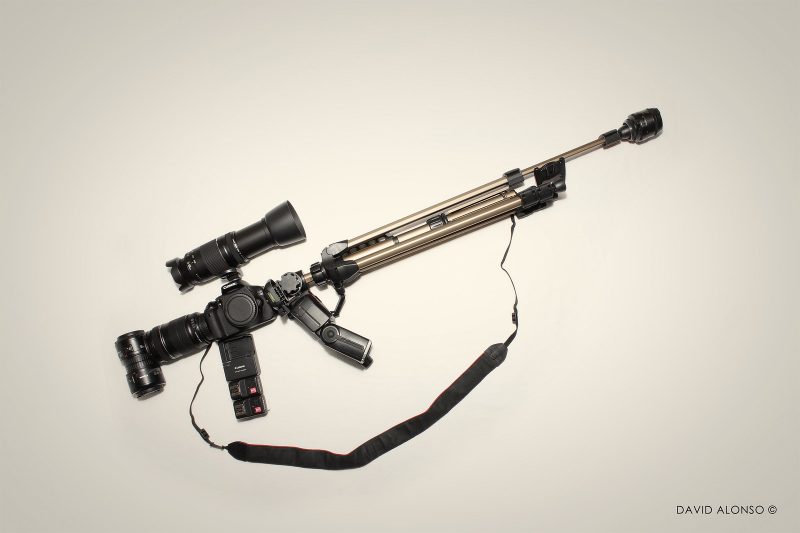 Abiri’s charges of sabotage, terrorism and cybercrimes are based on three specific legislative acts: Anti-Sabotage, Terrorism Prevention and Cybercrime Acts.

The Anti-Sabotage Act prohibits the vandalization of petroleum pipelines or the production of crude oil; the Terrorism Act fights all forms of terrorism; the Cybercrime Act addresses the use of computers and information systems to commit crimes.

Violators of any of the three laws run the risk of a death sentence, imprisonment or fines.

The Nigerian government ratified the International Human Rights Law in the International Covenant on Civil and Political Rights (ICCPR) and the African Charter on Human and Peoples’ Rights, which both guarantee freedom of expression.

Yet, leaders have consistently abused the law to judicially harass critics and journalists, as in the case of Abiri. In fact, the Nigerian government has a history of using fabricated charges to crackdown on freedom of expression and press freedom. According to Amnesty:

Journalists, bloggers and the people that stand up for human rights in Nigeria are constantly being arrested, harassed and intimidated by the authorities. Trumped up charges is one tactic the government uses to jail people who are speaking out against the government.

The Cybercrime Act also has rights groups concerned because of the vague wording that makes it easy for security agencies to continually harass citizens, including journalists, activists and bloggers.

For example, Section 24 of this Act criminalizes the distribution of messages deemed false ‘’for the purpose of causing annoyance, inconvenience, danger, obstruction, insult, injury, criminal intimidation, enmity, hatred, ill will or needless anxiety to another or causes such a message to be sent.” In March, authorities used the Cybercrime Act to charge a group of young men for merely criticizing poor conditions and mistreatment of staff and students at their university.

Ambiguous and subjective terms like “inconvenience,” “annoyance” or “insult” make it difficult to determine their definitions. They also afford no protection to the right to offend — an essential part of free expression under threat in Nigeria.

The Terrorism Act also threatens fundamental human rights, giving “broad and sweeping powers” to security agencies to arrest and detain a suspect without “any judicial oversight,” asserts  A. T. Akujobi, a Nigerian legal scholar. According to the International Service for Human Rights, some aspects of the Act are a “criminalization of dissent” because the government can stamp on free speech by labelling it “hate speech, anti-government and anti-security information.”

Jones Abiri’s case exemplifies the precarious state of press freedom and free speech in Nigeria. The state’s power to arbitrarily detain journalists and dissenting voices without trial is often enforced by legislation that violates international human rights treaties ratified by the Nigerian government.

Free speech and a free press are essential aspects of any democratic society. Nigeria should not be an exception.