Students were seeking a space to share stories of abuse 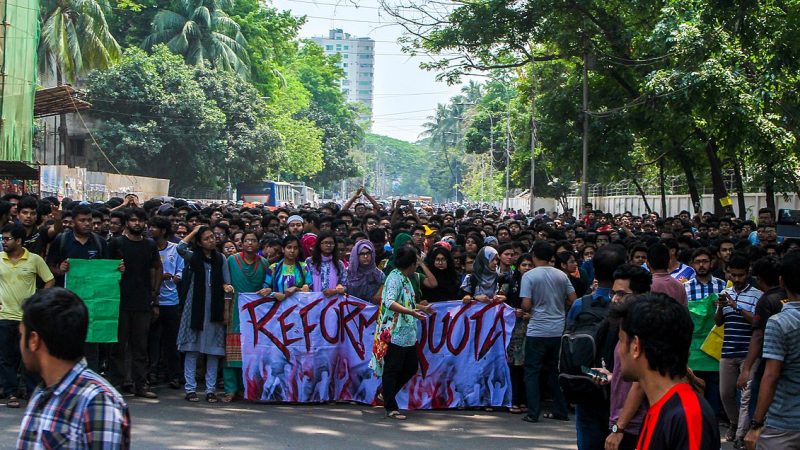 Students of Bangladesh University of Engineering and Technology protesting in April 2018 to reform quota system in government service. Image via Wikipedia by Rahat Chowdhury. CC BY-SA 3.0

Bangladesh has been rocked with student protests across the country after an undergraduate of the country's prestigious Bangladesh University of Engineering and Technology (BUET) was beaten to death on 7th of October early morning by fellow students belonging to the student wing of the ruling Awami League. The murder of 21-year-old Abrar Fahad in a dormitory of BUET has put a spotlight on student abuse in public universities across the country and the attempt to bury the allegations.

After the murder, students of BUET and in other institutions were coming out with their tells of abuses by seniors as part of the practice of ragging or politically motivated intimidation. Ragging is commonly referred to as a traditional “initiation ritual” practised in higher education institutions in South Asian countries, which involves the abuse of junior students by senior students.

On Wednesday, 9 October, Bangladesh Telecommunication Regulatory Commission (BTRC) ordered the blocking of an online page of BUET, where over 175 complaints were anonymously made by current and former students of the top engineering university of the country where only meritorious students can enter after a very competitive public entrance exam. 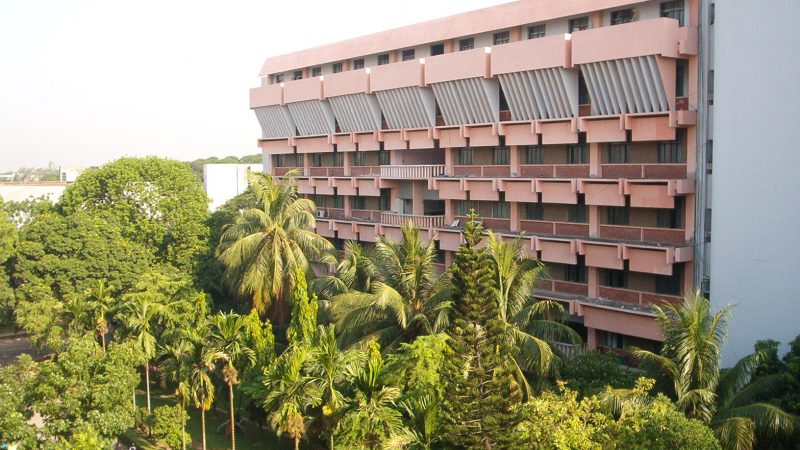 Highlighting a leaked email, Dhaka Tribune informs that, BTRC asked all the International Internet Gateway (IIG) operators and internet service providers (ISP) of the country to block the said webpage from their networks immediately. No reason was given in the order.

At least 72 complaints were submitted over the past two days, after the murder of Abrar Fahad inside a dormitory!

This shows that you don't have any right to complain.

The blocked page contained an online-based anonymous reporting system under the website of BUET's computer science and engineering (CSE) department as part of a classroom research. After the abuse and murder of Fahad, the students were looking for a space to vent their experiences of abuse and the number of complaints anonymously submitted by current and former students of the university — mostly regarding violence and abuse on campus by senior students affiliated with Bangladesh Chhatra League (BCL), the student wing of the ruling party. Netizens reported that they cannot access the page anymore. However, saved copies of the complaints are being shared on social media.

A report in the Daily Star mentions that the student was possibly killed for his writings on Facebook. Last week in a Facebook status, which has been shared over 69000 times, Fahad had criticised the recent signing of bilateral agreements between Bangladesh and India during Prime Minister Sheikh Hasina’s official visit to India. He was reportedly called by the BCL leaders of the University to explain why he wrote such a critical statement against the government. Reports are coming out that students with dissenting views were often subjected to physical abuse.

The killing of Abrar Fahad is a horrific crime that must be investigated immediately. Abrar was only exercising his peaceful right to freedom of expression in his Facebook posts criticising the government. #JusticeForAbrar Photo: Collected from Facebook pic.twitter.com/yCQyHGcHf3

The autopsy revealed that Fahad was bludgeoned with blunt objects on his hands, feet and back and he died due to “internal bleedings”.

According to the BBC, abuse and bullying for having dissenting political views or defying the order of the leaders is common inside public universities in Bangladesh.

Last year, Human Rights Watch mentioned in a report that those who publish social media posts critical of the government are systematically targeted in Bangladesh, often using the controversial Section 57 of ICT Act.

Section 57 of ICT Act authorizes the prosecution of any person who publishes, in electronic form, material that is fake and obscene; defamatory; “tends to deprave and corrupt” its audience; causes, or may cause, “deterioration in law and order;” prejudices the image of the state or a person; or “causes or may cause hurt to religious belief.”

In August 2018, Bangladeshi photographer and activist Dr. Shahidul Alam was detained for over 100 days for his Facebook posts about student protests in the capital, Dhaka.

Students in BUET and elsewhere in the country have taken the streets to protest the killing.

The students of BUET is protesting for Justice of Abrar Murder.

Abrar, was a student of EEE, killed in his dormitory by the Ruling Party Student wing BSL cadres.#JusticeForAbrar #Bangladesh pic.twitter.com/qZ2f6fcUDu

Students & teachers of Jahangirnagar University have held demonstrations on their respective campus and demanded exemplary punishment of the killers of BUET student Abrar Fahad.#JusticeForAbrar#Bangladesh pic.twitter.com/bSy0GEtmrv

After examining the CCTV footage from the University Campus, the police detained 13 students so far, many of them affiliated with Chhatra League, over Fahad's murder. Fahad's father Barkat Ullah filed a murder case against 19 people.

Prime Minister Sheikh Hasina vowed that the killer will get the highest punishment and no one will be spared regardless of their political affiliations. She also defended some of the bilateral decisions the Bangladesh government made during her recent visit to India, including water sharing and exporting LPG gas, the issues Fahad was critical of.

Netizens also questioned the decision of BUET to keep such a sensitive complaint system open to the public which could put the safety of the complainants in peril. A system administrator form BUET could easily hide the page without requiring such knee-jerk action from the regulatory authority. At the time of reporting the entire BUET website was found inaccessible.