Internet censorship in Sudan: Rethinking laws and tactics that served an authoritarian regime 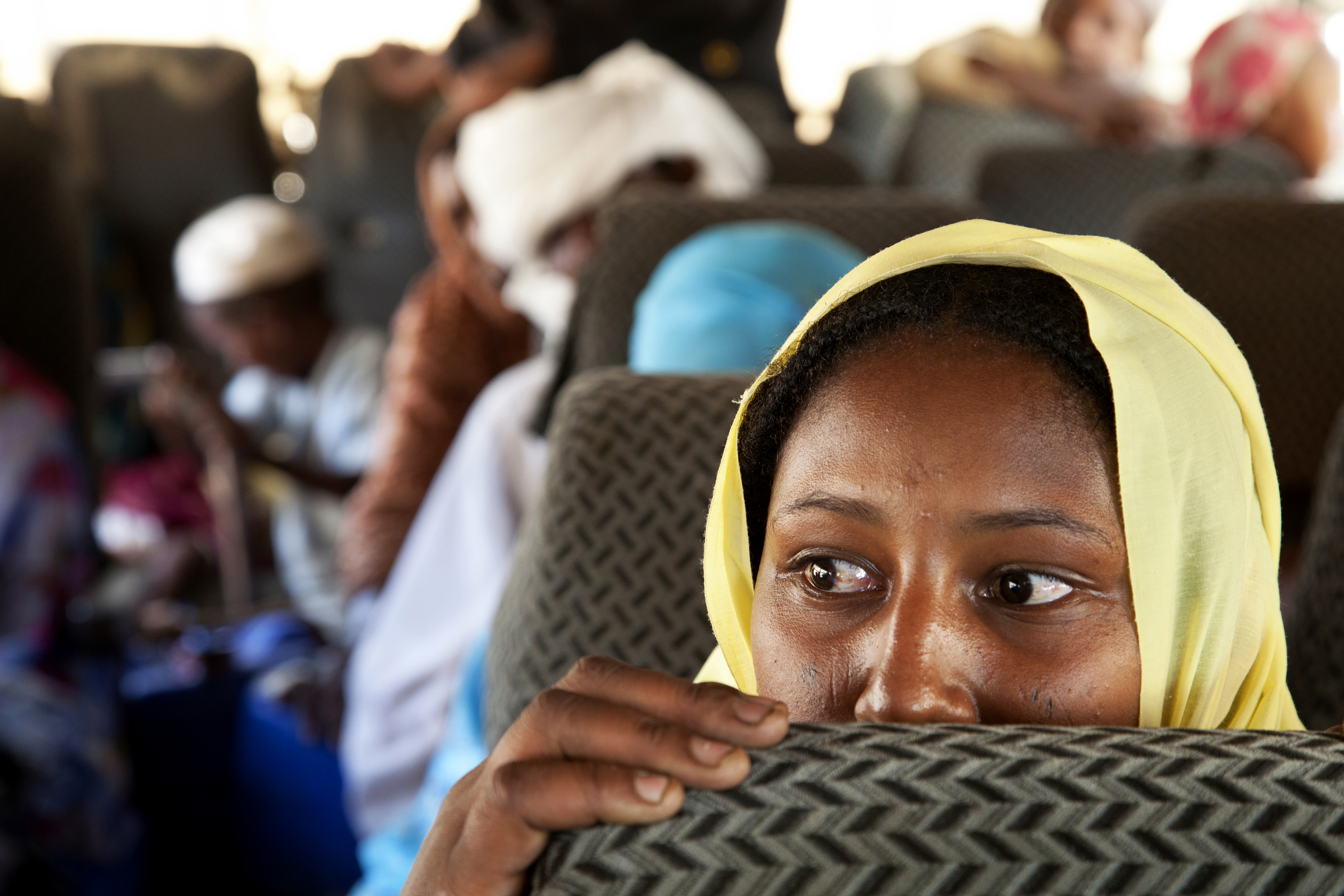 An internally displaced woman rides a bus back to her village in North Darfur. Photo by Albert Gonzalez Farran via United Nations/Flickr.

For over thirty years, Sudan was ruled and controlled by a military regime under Omar al-Bashir until a revolution earlier this year ousted him from power. What started as protests against the rising price of bread became a movement against the Bashir regime, who committed mass crimes against humanity, war crimes and genocide in Darfur. The regime often used to laws and tactics to silence and oppress opponents — including systematic internet censorship.

Today, as Sudan embarks on a three-year transition toward democracy and civilian rule, transitional authorities need to take steps to guarantee internet freedom and cut ties with censorship practices and policies of the former regime.

Transitional authorities have already taken small steps toward improving the climate for internet freedom, such as shifting regulatory power away from the military and making commitments to open up the press, but these remain inadequate.

In September 2019, The Sovereignty Council of Sudan, sworn in last August as part of a power-sharing agreement to guide Sudan’s three-year transition toward civilian rule, issued a decree that places the Telecommunications and Post Regulatory Authority under the council’s subordination instead of the Ministry of Defense.

The move is a welcome step toward ensuring the independence of the regulator from the full control of the military authorities, given that six of the 11-member-council are civilians. Five of these civilians were chosen from the Forces of Freedom and Change, the political coalition that represents the protesters.

However, the rules and policies under which the regulator functions are still unchanged. In fact, the authority has been a key player in deciding and implementing the former regime’s censorship policies with its filtering and blocking system.

According to a document explaining the regulator’s filtering practices, 95 percent of all banned materials pertain to pornography, while the rest of the banned content related to “drugs, bombs, alcohol, insults against Islam and gambling.’’ Yet, these categories have been vague and lack definition, leaving the door open for those in power to decide what to block.

Read more: Internet shutdowns and the right to access in Sudan: A post-revolution perspective

The regulator’s so-called filtering unit also has a form that allows users to submit requests to block or unblock certain websites or webpages. These decisions are made without a judicial order and the regulator explains that the unit treats these requests ‘’seriously and expeditiously’’ before orders are submitted to the Internet Service Providers (ISPs).

To filter and block content, the former regime used technologies it imported secretly from abroad. For example, a 2013 report titled “Some Devices Wander by Mistake” by Citizen Lab, a Toronto-based interdisciplinary laboratory that studies information control and content filtering, concluded that Sudan was among 83 countries that installed the Blue Coat ProxySG and PacketShaper devices on its public networks.

According to Citizen Lab, these devices “can be used to secure and maintain networks, but it can also be used to implement politically-motivated restrictions on access to information, and monitor and record private communications.”

In another positive step, Prime Minister Abdulla Hmadok signed the Global Pledge to Defend Media Freedom and stated that “never again in the new Sudan will a journalist be repressed or jailed,” during the 2019 United Nations General Assembly (UNGA):

“Never again in the new Sudan will a journalist be repressed or jailed.” @SudanPMHamdok speaking at #UNGA where Sudan has signed the Global Pledge to #DefendMediaFreedom pic.twitter.com/9dM4dkCoWf

Under the Bashir regime, print newspapers that faced repression offline found respite online and continue to flourish. A 2017 report by France 24 noted that “about a dozen internet papers have been launched in the past year alone as agents of the powerful National Intelligence and Security Service (NISS) continue to confiscate entire print-runs of newspapers over articles opposed to President Omar al-Bashir's regime”.

However, authorities also targeted online newspapers, often blocking them without a judicial order.

For example, during the anti-regime protests of June 2012, authorities blocked access to three online newspapers: Hurriyat Sudan, Sudanese Online and al-Rakoba, without a judicial process. At that time, SudanTribune reported that the ruling National Congress Party (NCP)  accused “some websites of launching a campaign to distort the country’s image in collaboration with opposition parties and the United States [USA]”. Access to online newspapers was later unblocked. Hurriyat Sudan, however, ceased publications in April 2018, due to lack of funding.

To enforce and implement its censorship policies, authorities under the former regime resorted to laws that were vague and open to misinterpretation.

The right to freedom of expression is recognized at the international level through the Universal Declaration of Human Rights (UDHR) and the International Covenant on Civil and Political Rights (ICCPR). The World Summit on the Information Society ( WSIS), in 2003 in Geneva, Switzerland, and in 2005 in Tunis, Tunisia, reaffirmed ”as an essential foundation of the Information Society” that ” everyone has the right to freedom of opinion and expression; that this right includes freedom to hold opinions without interference and to seek, receive and impart information and ideas through any media and regardless of frontiers” as outlined in article 19 of the Universal Declaration of Human Rights.

Articles 14 to 17 of the 2007 Cybercrime Act, criminalizes the dissemination of content deemed in violation of “public order, morality, religious beliefs or the sanctity of private life and online defamation.” Despite the fact that the Act delineated on the punishments, with sentences up to five years in prison, fines, or both, definitions were still vague and lack clarity, allowing for abuse by authorities.

Article 25 gives the court the right to confiscate the “hardware, software or media used in the commission of any of the offenses provided for in this Act and of the funds proceeding from them”.

Read more: The case for reforming the Sudanese Access to Information Act

A 2018 report by the African Center for Justice and Peace Studies documented “four incidents where four Sudanese citizens have been charged with defamation under the Cybercrimes Act, 2007 and Criminal Act, 1991 as well as breach of public order and morality under the Cybercrimes Act following statements shared via social media platforms.” The report highlights the case of Saad Ahmed Fadul, who was charged in April 2018 under the Cybercrimes Act for “sharing a video via WhatsApp narrating a story of how she was dismissed from the Sudan Communication Company and replaced with Hind Abdalla Hassan Albashir, a niece to Sudan’s [then] President, Al Bashir.” She was charged with blackmailing and threatening another person, breach of public order and morality, and violation of religious beliefs or the sanctity of private life.

Next steps toward internet freedom

PM Hamdok’s public commitment to press freedom and the Sovereignty Council’s decree to reduce the influence of the military in the regulator are two steps in the right direction toward the guarantee of internet freedom.

However, lingering laws place vague restrictions on these fundamental rights and allow authorities to block and filter content without a judicial order. These laws allow authorities to jail individuals and journalists for exercising their right to freedom of expression.

Transitional authorities should rectify these laws and take additional steps to ensure that the telecommunications industry regulator is independent of government interference. The regulator should focus on protecting users’ rights to access the internet instead of serving as a political tool that silences dissent.