Media control in Zimbabwe bears its origins in colonial policies 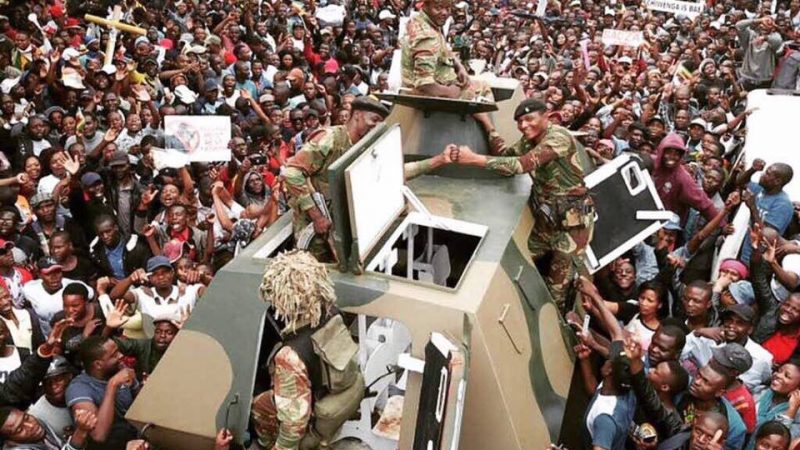 In the early morning of November 15, 2017, Zimbabweans woke up to the news that former strongman, the late Robert Mugabe, had been deposed in a coup d'etat, and was under house arrest with his family at the presidential residence, State House.

Major General Sibusiso Moyo, now foreign affairs minister, announced on state television that the president was safe under state custody and that “the situation has moved to another level.”

Almost immediately following General Moyo’s announcement, Zimbabweans fervently took to social media — in particular, WhatsApp, Twitter and Facebook — to get updates on the situation. This newfound popularity of social media to access information and mobilise protests took root for the first time among Zimbabweans, when protesters took to the streets and helped push Mugabe out of office.

In a calculated move to consolidate newfound political power and ensure an electoral victory during the presidential and legislative elections scheduled for next year, Mnangagwa instructed his ruling ZANU PF (Zimbabwe African National Union-Patriotic Front) party youth league to “enter the social media and online firmament and batter the opponent,” back in March 2018.

In post-Mugabe Zimbabwe, this has exacerbated a mis- and disinformation crisis, leaving Zimbabweans with few credible and accurate sources of information to stay informed about the country’s transition and and anti-government protests.

While the new government decried “fake news” pertaining to any news circulated on social media that they perceived to threaten the country’s status quo, it also deployed tactics aimed at misleading the public about its handling of anti-government protests.

The bane of online free expression

Zimbabwe has witnessed a significant rise in mobile internet and social media usage over the past few years. The internet penetration rate increased by 41.1 percent, from 11 percent of the population to 52.1 percent between 2010 and 2018, while mobile phone penetration increased by 43.8 percent from 58.8 percent to 102.7 percent over the same period. This means that half the population is now connected to the internet, compared to only 11 percent in 2010.

However, mis- and disinformation have found fertile ground to flourish owing to a variety of factors: extreme polarisation in the media, proposed government controls over social media, poor official communication methods and low digital literacy among internet users.

During the anti-government protests of January 2019, when state security forces arrested and beat hundreds of protesters, news of these clampdowns competed with government claims of “fake news” or their absolute denial. The government restricted access to internet services to disrupt the flow of information and contribute to widespread confusion. They and their supporters also resorted to public misinformation about the protests and discredited any truthful information or reports as “fake news.”

In Zimbabwe, citizens usually regard general statements issued by government ministers as official policy.  For example, Deputy Information Minister Energy Mutodi sought to convince people that everything was normal and that videos and images of the military patrolling the streets were the work of “a few rogue individuals.’’ Mutodi further misled the nation when he claimed on state television that there was no internet shutdown but rather a “congested” network.

In another suspected case of possible government-sanctioned disinformation, millions of people remained cut off from social media during the January protests. Others downloaded Virtual Private Network (VPN) applications to stay informed, but messages circulated that downloading such applications would lead to arrests, creating further panic and apprehension.

When in March 2019, Human Rights Watch (HRW) tweeted a report denouncing the government’s use of “horrific violence’’ during the January 2019 protests, government supporters took to Twitter to discredit and attack HRW.

One user tweeted that the organization is ‘’spreading blatant lies’’ and described HRW as “neo-colonial organization… hired to malign innocent countries to push the US's hegemonic goals.” Another repeated government claims and blamed the violence on “rogue elements who are trying [sic] destroy the image of the president.”

And disinformation about government policies and other events of public interest have continued well beyond the January protests.

Most recently, ruling party ZANU PF members took to Twitter to misinform the public about the disappearance of Dr. Peter Magombey, acting president of the Zimbabwe Hospital Doctors Association (ZHDA). He was abducted on September 14, 2019, following the announcement of a strike in the health sector. The ZANU PF secretary for youth affairs described Magombey as a ‘’buffoon’’ and “an embarrassment to the profession.’’ An account under the name of ZANU PF Patriots said that his abduction was “fake.” Others disseminated false claims that doctors “killed many patients’’ because of the strike, including more than 500 people in one hospital.

Media control in Zimbabwe bears its origins in colonial policies of the 20th century, which were tainted with violent subjugation to political authority. The Ian Smith-led Rhodesian government valued propaganda and centralised information control as a weapon of choice, not only to endorse the regime’s believed legitimacy but to spread disinformation about the war.

The colonial government passed a plethora of laws to suppress free expression or dissent against Smith’s racist policies and they brutally enforced these laws to target liberation leaders. Information blockades were the norm even before independence in 1980, and this set the government's tone in terms of communication policies and media management for years to come.

As renowned South African journalist and writer, the late Heidi Holland, wrote in her acclaimed biography, “Dinner with Mugabe: The Untold Story of a Freedom Fighter Who Became a Tyrant”:

So many in ZANU PF's hierarchy have lived with similar appalling violence woven into everyday life as if it were normal. The bush war, or Second Chimurenga, has never really ended in Zimbabwe.

This article is part of a series of posts examining interference with digital rights through methods such as network shutdowns and disinformation during key political events in seven African countries: Algeria, Ethiopia, Mozambique, Nigeria, Tunisia, Uganda, and Zimbabwe.  The project is funded by the Africa Digital Rights Fund of The Collaboration on International ICT Policy for East and Southern Africa (CIPESA). 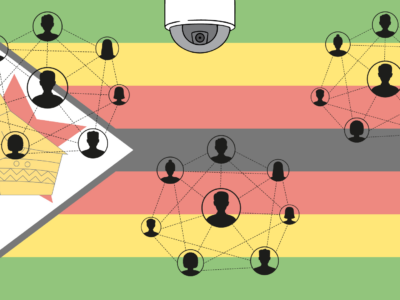