The Advox Netizen Report offers an international snapshot of challenges, victories, and emerging trends in technology and human rights around the world. This report covers news and events from October 27 – November 10.

An investigation by the BBC has shown how people in Kuwait, Saudi Arabia and other Gulf countries are using mainstream mobile apps and social media services to buy and sell domestic workers on the black market. The findings appear to mark clear violations of developer rules and terms of service for the major platforms involved — Instagram, Google and Apple.

Domestic workers in the Gulf often come from Africa or Southeast Asia and are hired within the “kafala” or sponsorship system, in which the person or family hiring the worker is responsible for their visa and legal status. The system has been known to enable inhumane treatment of workers. In recent years, workers have used social media to speak out about their plight, but this has sometimes resulted in further punishment at the hands of their employers, or even government officials.

Two BBC reporters went undercover to Kuwait to report the story, presenting themselves as a couple interested in hiring a domestic worker. On Instagram and Facebook, and through apps like 4Sale, which is available in both Apple and Google’s app stores, the reporters found people buying and selling domestic workers in open violation of local labor laws. “The sellers almost all advocated confiscating the women's passports, confining them to the house, denying them any time off and giving them little or no access to a phone,” they wrote. These things all constitute violations of Kuwaiti labor laws, and of international human rights standards.

Commenting on the technology platforms’ role, UN Special Rapporteur Urmila Bhoola told the BBC that the companies are “promoting an online slave market.” “If Google, Apple, Facebook or any other companies are hosting apps like these, they have to be held accountable,” she said.

When the BBC approached the technology companies with their findings, all expressed concern. 4Sale, which enables users to advertise, sell and buy a wide range of goods, removed the domestic worker section of its platform. Facebook banned the #maidsfortransfer hashtag from Instagram, though this is not likely to eliminate the problem. Both Apple and Google said they would seek to eliminate this type of activity, which appears to violate their rules (Google prohibits “apps that facilitate or promote illegal activities” and Apple prohibits apps that might “place a targeted individual or group in harm’s way.”) Apple also pointed its finger at third-party app developers, maintaining that it is the job of the developer to follow the company’s terms of service.

Since the story appeared on BBC.com, Kuwaiti law enforcement authorities have begun looking into the issue and have placed at least two people mentioned in the article under investigation.

The investigation scratches the surface of a deeply-rooted problem within major social media and web platforms that offer services and functionalities that can process the communications and commercial transactions of billions of people each day. In the relatively short history of these firms, no company operating at this scale has found a way to effectively screen content and third-party services for evidence of harm or even systematic violations of human rights standards, as seen here.

On November 1, Russia's controversial “Sovereign Internet” bill entered into force. The law dictates that if and when a (vaguely defined) “crisis situation” is declared, the internet in Russia (or at least in certain regions) will be technically cordoned off from the global internet. Supporters argue that the move is necessary to shield Russia against cyberattacks from abroad, while human rights and free speech defenders argue that the law threatens online freedoms.

The law obligates internet service providers to route incoming international traffic through internet exchange points (IXPs) based in Russia, enabling the centralised operation of the internet in a crisis situation. It also requires service providers to install special devices which would assist Roskomnadzor, the state's communications watchdog, to block undesirable internet traffic. These would send data to a central monitoring facility which could examine such traffic in real time using deep packet inspection, a method considered far more effective than blocking distinct IP addresses. The bill also calls for the creation of a domestic version of the domain name system (DNS) or the phonebook of the internet, given that in the event of an internet cutoff, Russian service providers would be unable to connect to foreign DNS servers.

On September 27, Roskomnadzor announced that it would launch tests of the systems in the southern Ural region, to some local disgruntlement. The results were not made public.

Spies like us? Ex-Twitter employees were spying for the Saudi government

The US justice department has charged two former Twitter employees with spying on behalf of the Saudi Arabian government. Filings made public on November 6 indicate that the two individuals obtained, without Twitter’s authorization, personal data and other information about Saudi government critics who actively use Twitter, and then shared that information with Saudi authorities, in violation of both Twitter’s internal rules and US law.

One of the former employees, Ali Alzabarah, viewed restricted personal data for an estimated 6000 accounts, including that of Saudi activist Omar Abdulaziz, a prominent Twitter user and acquaintance of slain Saudi journalist Jamal Khashoggi. Abdulaziz has filed a lawsuit against Twitter and McKinsey, a US-based consulting firm that has worked for the Saudi government, claiming that both companies have “invaded [the] plaintiff’s privacy and exposed him, his family members, friends and political associates to imprisonment, torture, and even death.”

Abdulaziz and Khashoggi are just two among many Saudi activists and journalists that have have faced coordinated harassment campaigns that bear the hallmarks of a government operation, along with other forms of repression, both online and off.

Internet is down again as protests continue in Iraq

Public protests denouncing government corruption and demanding an overhaul of public services have been underway in Iraq since early October. During that month, authorities imposed an “internet curfew”, cutting access during evening hours. On November 4, Iraqis saw a massive internet shutdown that affected most parts of the country and persisted for 41 hours, by the count of NetBlocks, an internet censorship measurement group. Reuters reported that the shutdown followed violent clashes between protesters and “unidentified assailants” in Baghdad that resulted in the deaths of at least six people.

Mobile data networks were shut down on October 22 in parts of Islamabad and Lahore during a series of marches by conservative political parties that oppose the government of PM Imran Khan. Journalists suspect the outages were intended to block the groups from live streaming their march, but the government has released no official public statement on the matter.

Media Matters for Democracy, an Islamabad-based NGO, notes that the Islamabad High Court ruled in 2018 that arbitrary, government-ordered network shutdowns were illegal. However, the government challenged the decision and obtained an interim stay-order, until the case can be heard again on appeal.

“We stand witness to bloggers, protestors, human rights defenders, journalists and everyday internet users being harassed, threatened, beaten, prosecuted and imprisoned for their legitimate use of online spaces,” they said in a statement. Signatories to the statement include the Association for Progressive Communications, Engage Media, Thai Netizen Network and Viet Tan.

Freedom on the Net 2019: The Crisis of Social Media – Freedom House 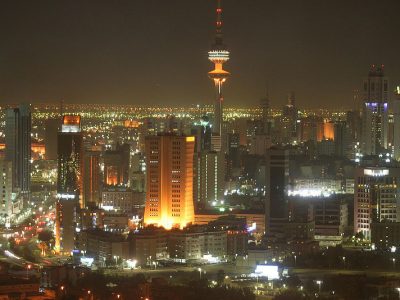