‘I was subjected to incalculable psychological torture’ 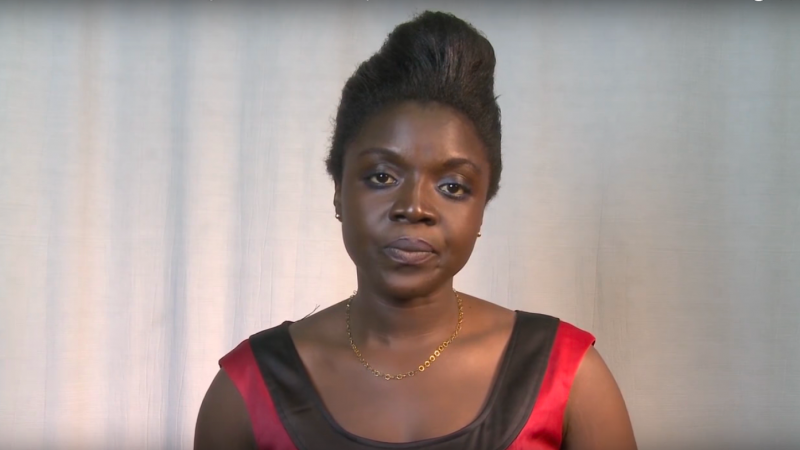 Gloria M. Ballason is a human rights lawyer and host of the law radio show, “House of Justice,” based in Kaduna State, Nigeria. Photo screenshot via Bridgewater State University/IREX/DC.

Lawyer Gloria M. Ballason was granted an interim court order by Kaduna State High Court in Kaduna, Nigeria, on January 15, 2020, that prohibits the government from arresting her. This order came after Ballason filed a motion for her “fundamental rights,” — including freedom of expression and human dignity — under Order IV, Rule 4 of the constitution.

This interim order is the second of its kind issued against her arrest. 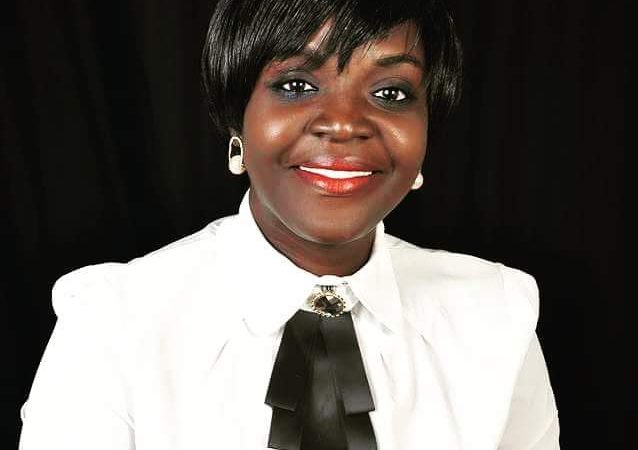 Ballason is a principal partner at Mive Legals in Kaduna State with a focus on human rights. She is also a columnist and chief executive officer of the “House of Justice,” a human rights call-in radio program, who has written articles critical of the Kaduna State government.

Ballason has experienced ongoing intimidation and harassment by Kaduna State Governor Nasir El-Rufai and his administration, amid a growing crackdown on freedom of expression and dissent in Nigeria.

Between November and December 2019, officers from the Nigerian police force in Kaduna State visited her office in Barnawa, Kaduna. According to her detailed Facebook post, she was harassed, threatened and intimidated since November 28, 2019, when the visits began:

Since 28 November, 2019, the police have laid siege on the office of House of Justice, in Barnawa, Kaduna, reportedly in search of me. House of Justice is a public interest advocacy and legal service centre in Kaduna, Nigeria. I lead its advocacy work. Over the past decade, I have established and practised Law from Kaduna. On that day, three hefty men, claiming to be from the State Criminal Investigation Department (SCID), Kaduna reportedly showed up on Thursday, 28 November, 2019 and requested for me. My colleagues in chambers informed them that I had gone out.

Ballason wrote that according to the Kaduna State police command, they made visits to her office after they received a petition by Engr E.K Gaiya, a private citizen, that listed Ballason as a “notorious criminal.”

Gaiya originally sent the petition to the office of the executive governor of Kaduna State on October 20, 2019, cataloging 40 years of “criminal attacks on life and property,” and asked for investigations into 20 listed persons and organizations, including “Barr. Gloria,” listed Number 13.

Ballason denies any knowledge of Gaiya. Her lawyers obtained a copy of the petition that was also reviewed with Global Voices for verification.

The petition was written to the governor’s office and copied to the [All Progressives Congress Party] APC ruling chairman and police. The petition was not addressed to the police. How do they act on an allegation they were merely copied into? The petition [cites complaints that I am] 40 years old and I am in my mid-30s. How spurious and laughable does it get. Yet I, my colleagues and family was subjected to incalculable psychological torture. I couldn’t work. I had to leave the state until I obtained the court interim order.

When Ballason’s lawyer made further inquiries into the petition and the reason for the visits, the police then delivered Ballason an interrogation request letter citing “criminal breach of trust and cheating” on December 18.

Ballason told Global Voices in the Whatsapp interview that this letter did not clarify who made the complaints or establish any facts. A photo of the letter obtained by Ballason's lawyers was viewed by Global Voices for verification.

Fearing for her safety and security, the ordeal prompted Ballason to file a motion ex parte against the inspector general of police, commissioner of police and government of Kaduna State, on January 7, 2020.

In 2016, Ballason was first threatened with arrest and persecution by Governor El-Rufai, for a November 28 article titled, “Kaduna: When government kills,” that Ballason wrote for her weekly law column in Blueprint Newspaper (which has since been removed).

“Villages live in misery. Communities have become lands of despair as they are subdued by treachery and brutal violence,” wrote Ballason of the deteriorating security situation in Kaduna, as republished in Signal.

Ballason sued the governor for infringing on her fundamental human rights to express her opinion and won the case. Kaduna State High Court fined Governor El-Rufai 50,000 nairas ($138 United States dollars) for breaching the lawyer’s “right to life,” according to a Daily Post report in May 2017. The governor was also restrained from arresting, prosecuting and jailing the young lawyer for expressing her published opinion.

Since then, Ballason has represented several prominent clients whose rights were also violated by the governor — most notably media entrepreneur Audu Maikori..The Federal High Court in Abuja awarded Maikori 40 million nairas ($110,650 USD) as compensation for his unlawful arrest and detention between February and March 2017, according to a Punch newspaper statement in October 2017.

Many Nigerians speculate that Ballason’s most recent ordeal with law enforcement was triggered as a result of her position as lead counsel to Chidi Odinkalu, a prominent human rights activist, in ongoing suits against the government of Kaduna State.

Odinkalu accuses the Kaduna State government of “multiple violations of his fundamental rights under the 1999 constitution, including free speech, due process, fair hearing and human dignity,” according to The Guardian, Nigeria.

The assault on #HumanRights in #Nigeria continues as @ChidiOdinkalu‘s lawyer Gloria Ballason accuses @PoliceNG of harassment. Gloria is lead counsel to Odinkalu in a suit against @elrufai and 4 others for alleged multiple violations of Odinkalu's rights https://t.co/cyTgpujwXH

Edetaen Ojo, a digital rights and freedom of expression activist stated that “the basic tenets of democracy and rule of law are now under attack in Nigeria:”

The basic tenets of democracy and the rule of law are now under relentless attack in Nigeria and we are waking up to the rude realization that truly a leopard does not change its spots: “Chidi Odinkalu’s lawyer Gloria Ballason accuses police of harassment” https://t.co/ZaP5BbnwDj

Jeff Nnaka voices similarities between Ballason's case and other lawyers:

These ugly scenarios've become a NORM w/ this apc regime!
Barrister Ifeanyi Ejiofor @MaziNnamdiKanu #IPOB Lawyer was attacked by Anambra police command & now Barrister Gloria Ballason is on the run from Kaduna police that surposed to be protecting her.

WHAT A LAWLESSNESS COUNTRY https://t.co/ZBZ5ECOhvV

Amnesty International in Nigeria raised concerns over the increasing harassment and intimidation by the Nigerian police toward Ballason and urged the police command in Kaduna State to respect, protect and uphold human rights without discrimination:

Amnesty International is concerned that Nigeria Police is increasingly harassing and intimidating Gloria Ballason @GMabeiam – a lawyer based in #Kaduna. We urge Kaduna state command of the police to respect, protect and uphold human rights without discrimination.