Controversy in Malaysia: Do Facebook posts about the coronavirus amount to ‘circulating rumors’? 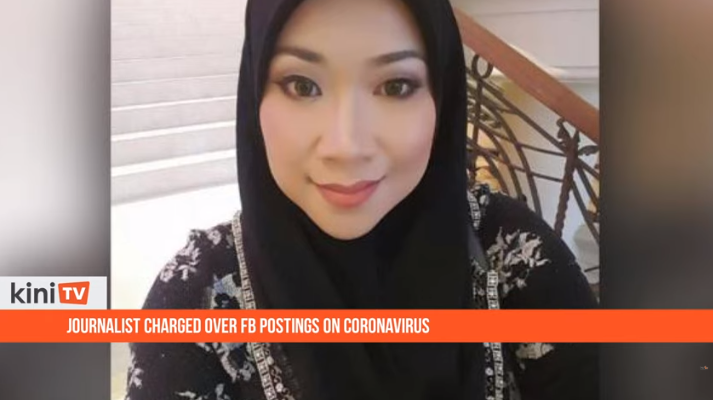 A Facebook user in Malaysia who published controversial content related to the novel coronavirus (2019-nCoV) could face up to two years in prison if found guilty of violating Section 505 (b) of the country's Penal Code, which prohibits the publishing and circulating of rumors ‘likely to cause fear or alarm to the public.’

Wan Noor Hayati Wan Alias was accused of publishing three Facebook posts on 26 January, which allegedly contained rumors and racist content related to the global outbreak of the virus. Hayati pleaded not guilty on 5 February, when she appeared before a court in Kuala Lumpur, the nation’s capital.

Several media groups have called for the dropping of charges, describing the action of authorities as punitive.

What complicates the case is that Hayati is an award-winning journalist who has written for Berita Harian and New Straits Times. She is also the general treasurer of the National Union of Journalists Peninsular Malaysia (NUJM).

While Attorney-General Tan Sri Tommy Thomas didn’t mention any particular case, his office released on 5 February a statement explaining why the government will punish those who spread disinformation about the virus:

Lies about the origins, scale and magnitude of the disease must not be permitted because they endanger public safety. That rumour mongering is repugnant to common decency is most pronounced at such times in our national life. The credibility of the internet as the pre-eminent source of news and information is therefore vital.

The NUJM defended Hayati and urged the government not to restrict free speech:

We believe that as a journalist she had the right to voice out her concerns to the members of the public … who are mainly not well informed by the government over the situation of the coronavirus outbreak.

Some commented that the NUJM’s defense was misguided, while some have described her posts as irresponsible.

For its part, the Centre for Independent Journalism reminded authorities that there are other options in countering statements that do not reflect the information provided by government agencies:

We stress that legal remedies are just part of the many tools that can be employed to counter disinformation and misleading statements. A holistic and proportionate response would include having efficient and broad channels of information from the government and media, accessible and reliable means for the public to verify information and use of reporting facilities within social media applications for misinformation to be removed.

2/ My quick personal opinion is that while I agree some restrictions are necessary in times of crisis, dragging someone under the Penal Code is unjustified. Restrictions need not be through punitive measures in this case.

In a Twitter thread, Malaysian media scholar Gayathry Venkiteswaran weighed on the issue and expressed concern about the ‘disproportionate’ response of officials

…we also need to look at the charges in the broader context – did all those who were arrested really bring about harm and were they influential enough to incite actions/panic? Maybe building confidence is more important than trying to nab people who share their content, even when some of these can be considered irresponsible. Let's not be too quick to validate sending people to prisons when there are real speech concerns that could be more harmful, and we need to find solutions for those.

Hayati has posted bail and will return to court on 11 March.