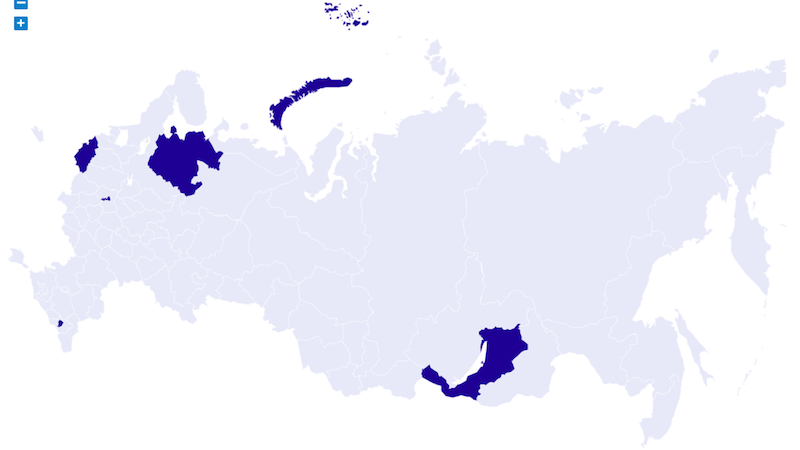 The past year marked many milestones in the Russian government's long struggle to bring the internet under control. Laws were passed against distributing “fake news’’ or disrespecting the authorities online. Fines were increased against digital companies which refused to hold data on Russian users on Russian territory. A law was published extending the concept of “foreign agents’’ to individual internet users. Last but not least, the long awaited bill on a “Sovereign Internet’’ finally entered into force.

For ten years running, Agora, a Russian legal organisation, and Roskomsvoboda, an NGO monitoring digital rights in Russia, have released a joint annual report on the state of internet freedom in Russia. Their most recent report, published on February 4, draws some troubling conclusions about what lies in store for the RuNet in years to come.

The report notes a significant rise in attempts to disconnect certain regions or areas from the internet at times of political strife. This ability, while permitted by Russia's federal law on communications, had not fully been utilised by the authorities on a large scale until 2019 — which saw internet shutdowns in the Archangelsk Region, Buryatia, Ingushetia, the Pskov Region, and most notoriously in Moscow, during protests against the authorities’ refusal to permit independent opposition candidates to run in local elections.

Nevertheless, the report also cites a marked decrease in numbers of criminal prosecutions for activities online: from 384 cases in 2018 to 200 in 2019. The authors attribute this to the partial decriminalisation of the controversial Article 282 of the criminal code, on incitement to hatred. The partial decriminalisation of this act resulted in an additional act to the administrative code under which criminal liability for inciting hatred now only occurs after repeated violations within the space of a year. In the first six months of last year alone, 158 people were prosecuted under this new administrative act. However, the full force of Article 282 is still being brought to bear, as shown by the high profile case of the blogger Vladislav Sinitsa, who was sentenced to five years’ imprisonment last year for his Twitter comments about the fate of the children of riot police who were responsible for beating protesters in Moscow. Prosecution for online activity is apparently becoming a more common tactic to supplement existing convictions against political opponents, as shown by attempts to restrict internet access to Yegor Zhukov, the libertarian activist with a large following on YouTube.

A further administrative act which had repercussions for RuNet users was the vaguely worded law against disrespect for state authorities and bearers of federal power online. In 2019, it was applied 78 times, 44 of which specifically concerned disrespectful language about Vladimir Putin.

Undoubtedly, the report notes, one of the biggest developments was the country's “Sovereign Internet’’ drive. This package of laws and amendments is designed to allow the state to take control over digital infrastructure in Russia in times of instability, thus severing the RuNet from the rest of the global network. Accordingly, report's authors predict a marked intensification of pressure on IT firms and internet providers, who will be responsible for implementing increasingly unwieldy demands for surveillance and DPI inspection of all incoming traffic. Digital companies are already subject to increased fines for refusing to hand over user data to the Russian authorities, which also mandated all digital devices sold in the country to come with pre-installed government approved software.

Authors also link these trends to the arrest of Alexei Soldatov, a leading figure in the foundation of the RuNet, on charges of fraud. Prosecutors accuse him of sending hundreds of thousands of IP addresses previously administered by a Russian research institute to foreign control. Given that the Sovereign Internet drive also mandates the creation of a national domain system, the report speculates that the arrest was motivated by Soldatov's refusal to transfer control of the .su (for “Soviet Union”) and .rf (for “Russian Federation”), historically been controlled by Soldatov's Internet Development Foundation, to the state.

Blocking of “undesirable’’ websites continued apace. Over the first nine months of 2019, Russia's state communications watchdog Roskomnadzor and the Ministry of Internal Affairs together listed over 270,000 webpages as undesirable — almost a third higher than the same period in 2018. The authors note that a further 4.74 million webpages, while not blocked themselves, are associated with IP addresses on the authorities’ block list. Last year also saw a final block of secure messaging service ProtonMail and further failures in the state's long battle to restrict access to the banned messaging service Telegram. Several popular independent news websites, including Meduza, The Village, and Batka, Da Vy Transformator, fell foul of the state's attempts to restrict online information about narcotics, and were unavailable in Russia at various points. Nevertheless, many users reported that they were still able to access these websites and other blocked resources via VPNs, despite access to them formally being blocked.

The burgeoning amount of legislation, bold goals for digital control, and unwieldy expectations now being put on digital companies will make 2020 a difficult year for the RuNet. But the authors conclude that while the outlook is bleak, the resourcefulness of RuNet users is not to be underestimated:

Officials are gradually ceasing to regard restricting freedom of speech as an exceptional step to be taken in extreme situations. Blocks of websites, harassment of users, and limitations on the rights of Russian and foreign media outlets have become [regarded as] instruments in a political struggle, and a means to counteract the West in an information war […]

The authorities, after several hesitations a few years ago, have determined their political trajectory in relation to Russian sector of the internet: control censorship, and isolation. The ultimate goal is the creation of a sovereign internet resembling the Chinese and North Korean models. In the past year, several key acts were passed to in order achieve this goal.

The key intrigue lies in the extent to which this plan can be realised. For the time being, these initiatives have either not been started in earnest (such as Yarovaya's package on storing and decrypting traffic), failed (such as the blocking of Telegram and the ban on cryptocurrencies), or can be easily evaded (such as the multiple blocks of websites.) Much as before, internet users are quickly learning how to adapt to the new environment, while technology goes forward, limitlessly expanding the horizons for the battle against the enforcers, complicating methods of constraining the free flow of information.