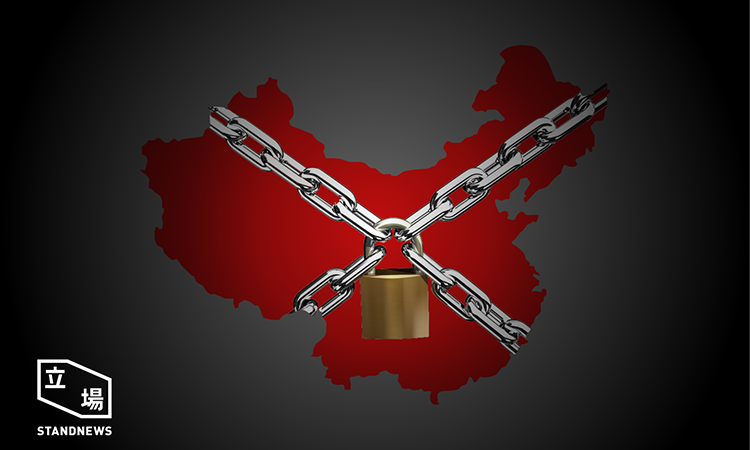 Canada-based Internet censorship research organization, Citizen Lab, points out in their latest report, “Censored Contagion: How Information on the Coronavirus is Managed on Chinese Social Media“, that on December 31, 2019, China’s web censors introduced a new list of 45 coronavirus-related keywords to block online discussion about the Novel Coronavirus (COVID-19) outbreak. According to the report's authors, the scope of censorship broadened in February 2020, with the identification of 516 coronavirus-related keyword combinations blocked on the messaging and social media app WeChat between January 1 to February 15.

The research notes that at the initial stage of the outbreak of COVID-19 in China, the censorship curbed alerts to the public on the threat of the then-unknown virus. Later, the censored contents were broadened to include criticisms of top leaders and officials, government policies, speculative stories, any reference to Dr. Li Wenliang, and Chinese netizens’ demands for political change. Prior to being investigated by the police, Dr. Li was among a number of Wuhan-based medical practitioners to first raise the alarm about the new coronavirus. He died as a result of the virus on February 6, sparking online criticism of the Chinese authorities.

Citizen Lab's research found that on December 31, 2019, one day after a number of medical workers — including the late Dr. Li — attempted to alert the public to the spread of a new SARS-like virus, the Chinese web censors updated the list of blocked terms on social media.

As social media platforms in China are obliged to follow the instructions of the country's Propaganda and Cyber-administration Authorities, the finding shows that Beijing was well aware of the outbreak since last December. However, instead of informing the public of the health threat, it banned news of the virus from circulating online. On the same day the newly-blocked terms were introduced, eight netizens were arrested for spreading rumors. It was later revealed that the “rumor-mongers” were medical workers — among them, the late Dr. Li — discussing the outbreak with family members or peers on WeChat groups.

WeChat, in fact, adopted a more sophisticated censorship system. While some sensitive terms like “June Fourth” and “Tiananmen Square” are completely blocked, the app has been using artificial intelligence (AI) to detect the semantic meaning of the texts — which means only a certain cluster of keywords would trigger censorship. The research team therefore ran tests on WeChat between January 1 to February 15, identifying at least 516 keyword combinations that were blocked. Should a user send messages containing those combinations, the messages would remain blocked in the server and not delivered to the intended recipient.

The research team then grouped the keywords into content categories:

Censored COVID-19-related keyword combinations cover a wide range of topics, including discussions of central leaders’ responses to the outbreak, critical and neutral references to government policies on handling the epidemic, responses to the outbreak in Hong Kong, Taiwan, and Macau, speculative and factual information on the disease, references to Dr. Li Wenliang, and collective action.

Among the 516 keyword combinations, 192 are related to China’s top brass and their role in handling the outbreak. In fact, 87 percent of the terms in this category contains references to Chinese President Xi Jinping, such as “Xi Jinping + formalism + epidemic prevention” (習近平+形式主義+防疫), “Xi Jinping goes to Wuhan” (習近平到武漢), “Someone [a substitution of Xi Jinping] + in person” (某人+親自), and “Xi Jinping + epidemic spread” (習近近+疫症蔓延).

After Wuhan was locked down on January 23, many netizens wondered why the Chinese leader did not go to the city in person to lead the battle against COVID-19. Instead, Xi entrusted Chinese Premier Li Keqiang to visit the center of the epidemic. Such criticism soon became a key target of the censors, as shown in the censorship patterns above.

The second most censored content terms were related to criticisms of government and Chinese Communist Party (CCP)-related institutions, and their policies regarding containment of the outbreak. As many as 138 keyword combinations were found in this category, including wordplay on COVID-19, calling it the “virus of officialdom” (官狀病毒), as well as “local officials + epidemics + central government + cover-up” (地方官+疫情+中央+隱瞞), “Wuhan + CCP + crisis + Beijing” (武漢+中共+危機+北京), “hold + criticize China + Two Sessions + cover up” (舉行+批評中國+兩會期間+隱瞞), and “CCP + pneumonia + performance + rule” (共产党+肺炎+表现+统治).

In addition to the CCP and central government authorities, other institutions that triggered semantic censorship include the China Red Cross, the Wuhan Institute of Virology, and the China Central Television Station (CCTV).

The China Red Cross was heavily criticized for corruption in its handling of citizens’ donations to Wuhan. As for the Wuhan Institute of Virology, speculations had been circulating on social media since late January that the Novel Coronavirus originated from its lab. Meanwhile, CCTV was slammed by netizens for its censorship practices, such as closing the comment function of its live-stream of the Spring Festival Gala.

Although the compulsory quarantine measures in Wuhan and other cities have been praised for their effectiveness in containing the spread of the virus, Wuhan residents were angry that the government offered little support in the early days of the lockdown, leaving medical workers and their patients in a desperate situation.

Chinese netizens were also shocked by a statement made by a high court in Heilongjiang which, in its interpretation of existing criminal law, stressed that anyone who intentionally and maliciously spread the virus to undermine public safety could be sentenced to death. As more cities and regions in China required close contacts of confirmed COVID-19 patients to be quarantined, there were conflicts between law enforcement officers and citizens who refused to subscribe to the policy. The court statement therefore served as a warning to those considering resistance.

Foreign Ministry Spokesperson Hua Chunying’s daily briefing on February 3, 2020, about the Chinese government having “notified the United States of the epidemic and [China’s] control measures 30 times altogether since January 3”, generated mockery online, as Chinese citizens were only made aware of the outbreak after CCTV aired pulmonologist Dr. Zhong Nanshan’s interview on January 20. People were outraged that even amidst the outbreak, CCP leaders continued to view political propaganda as more important than public accountability.

In Hong Kong, Chief Executive Carrie Lam’s refusal to tighten control on border checkpoints after the Lunar New Year faced strong public criticism; there was also speculation that Beijing did not approve the border control measures. Medical workers from government-funded public hospitals took the lead in launching a strike to press the Hong Kong government to tighten border control, and pro-Beijing groups in Hong Kong pressured the government-appointed Hospital Authority to punish its employees. In Taiwan, the government’s decision to ban the export of masks created an uproar on social media in mainland China.

Speculation and fact both subjected to censorship

While some academic studies have estimated that the scale of the outbreak could be as many as hundreds of thousands infected in Wuhan, such discussions are not allowed in China. Even though official data on March 6 showed that there were 49,797 infections in Wuhan, the Chinese government never admitted that the city was out of control, even after the January 23 lockdown of the city, during which many Wuhan residents were calling for help on Weibo and WeChat.

Since the outbreak of COVID-19, many critics raised concerns about the Chinese media's failure to alert and inform the public, and the implications of such information repression on global public health. In its report, Citizen Lab stressed the need for the international society to address the problem:

Censorship of the COVID-19 outbreak is troubling, and shows the need for thorough analysis of the effects of information control during a global public health crisis. Countering misinformation and uninformed speculation related to the epidemic may help keep public fear in check and remove information that would mislead people about how best to protect themselves. However, restricting general discussions and factual information has the opposite effect and limits public awareness and response.