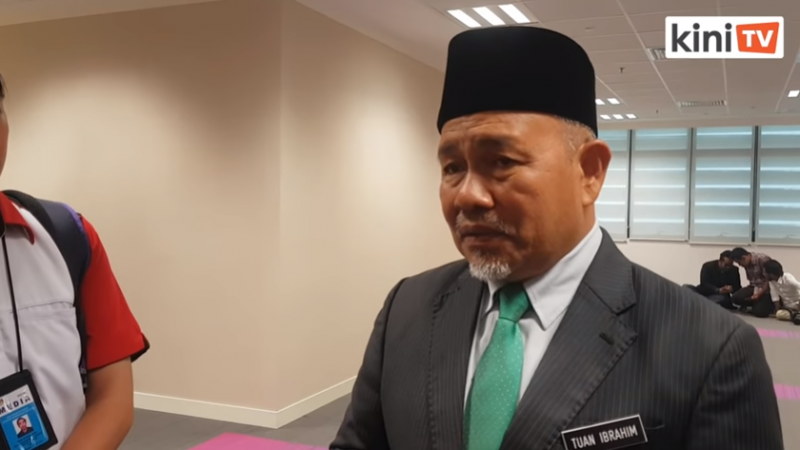 A Malaysian journalist was subjected to racist and threatening comments on Facebook after reporting about a logging issue involving a government minister. Media groups urged authorities and Facebook to adopt measures aimed at protecting journalists.

On March 11, 2020, online news website Malaysiakini published an article written by Kow Gah Chie about logging operations in Kelantan, a state in northern peninsular Malaysia. The report has a quote from Environment Minister Tuan Ibrahim Tuan Man in which he seems to be supporting a logging company.

Supporters of the Minister accused Kow of fabricating the quote since the statement was not mentioned in a live-streamed press conference of the government. The Ministry also said the report was inaccurate. But Kow got the quote from the Minister himself during a video interview after the press conference. KiniTV has an excerpt of the interview with English subtitle.

A Facebook post attacking Kow went viral. Comments in the post hurled racist and insulting statements against the reporter by citing her Chinese ancestry. Some threatened to physically harm her.

The post was briefly removed on Facebook for violating community standards but it was restored again. After several appeals, the post was finally removed but by that time it has already been shared by almost 3,000 users with more than 2,000 comments.

The harassment and abuse of journalists in online spaces constitutes a major threat to independent journalism and freedom of expression in Malaysia. Women journalists and those from minority groups are particularly vulnerable.

Wathshlah Naidu, executive director of the Malaysia-based Centre for Independent Journalism, advised Facebook to review its process in responding to online hate speech:

We hope Facebook will engage with civil society organisations and media actors to understand the local context and challenges. Timely action by Facebook and other social media platforms is crucial in curbing online attacks, which commonly include trolling and doxing.

Media scholar Gayathry S Venkiteswaran took Facebook to task for its slow response to the issue:

This is the problem when the global platform refuses to understand local contexts and ends up validating potentially inciteful content. This is clearly also a threat against the media. https://t.co/mxxoGe0C0Y

Such threats and cyberbullying towards a journalist must stop and it's appalling that @Facebook did not take down the post. Journalists should be free report without fear or favour, abide by the ethics as well.@pressfreedom @cijournalism @cijournalism https://t.co/mFQ6F1HdRz

Aside from media groups, Kow got support from Communications and Multimedia Minister Datuk Saifuddin Abdullah who criticized the attacks against the reporter. The Environment Minister Tuan Ibrahim Tuan Man also deplored the harassment against the reporter and insisted that the disagreement over the news article should be resolved in a ‘professional manner’.