Dozens of websites have recently been blocked 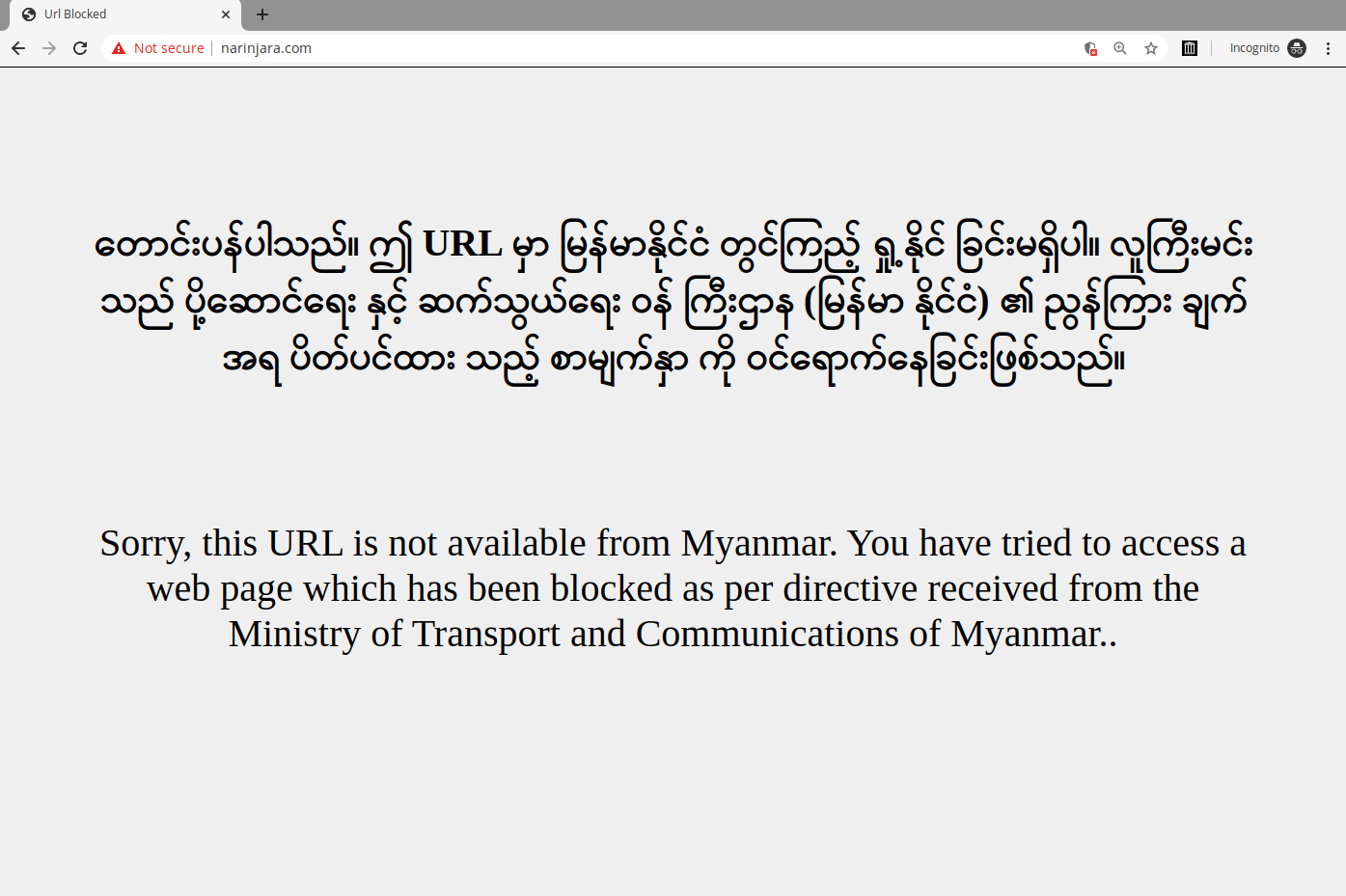 Screenshot of the Narinjara News Webpage. Accessed from Telenor.

Myanmar's Ministry of Transport and Communication has directed four major telecommunication service providers to block websites supposedly in the name of combatting disinformation amid the government's campaign to contain the spread of COVID-19. On March 30, 2020, telecom company Telenor confirmed that it has complied with the order by blocking a total of 221 websites.

Although it was not revealed which websites are covered by the order, many groups noted that blocked websites included adult entertainment pages, unspecified alleged “fake news” sites, but also websites of registered ethnic media agencies.

A coalition of 250 Myanmar civil society organizations responded by releasing a statement decrying the government's actions as unlawful and contrary to international standards to protect the freedom of speech. Burma News International, a coalition of ethnic media groups, also released a statement asking the ruling National League for Democracy to immediately unblock the legally registered ethnic media websites. Media groups also noted that the government has been consistent in using the notorious Telecommunications Law to clamp down on free speech.

Among many that are blocked, two notable news media included Narinjara and Development Media Group (DMG), both of which are based in Rakhine State where the internet has been restricted over the past nine months already in areas where there are armed conflicts between the Myanmar military and the Arakan Army, the Rakhine ethnic armed group.

A statement issued by several civil society groups described the blocking of news websites and the continuing internet restriction in the region as an oppressive measure which deprives people of their right to access information:

We further note with concern that the blocking of the websites, which include independent media websites from Rakhine state, comes in parallel to a 9-month long internet shutdown affecting 9 townships in Rakhine and Chin States, compounding restrictions on the right to information and freedom of expression of the population in these areas. […] blocking websites of the news agencies working in these areas is an authoritarian-like violation of the right to the access to information, a basic right crucial to media freedom, democratic transformation, and regions’ development.

Activists and human rights groups said that the government is using the coronavirus crisis to hide the human rights abuses and atrocities committed by state forces in Rakhine state. They are also worried that free speech is being undermined in the name of fighting the COVID-19 pandemic:

We are concerned that the government is taking advantage of the COVID-19 pandemic to censor legitimate information and curtail freedom of expression.

On Facebook, Nyi Khine Thwee, a Rakhine artist published these cartoons to depict the human rights abuses in Rakhine state amid the COVID-19 crisis: 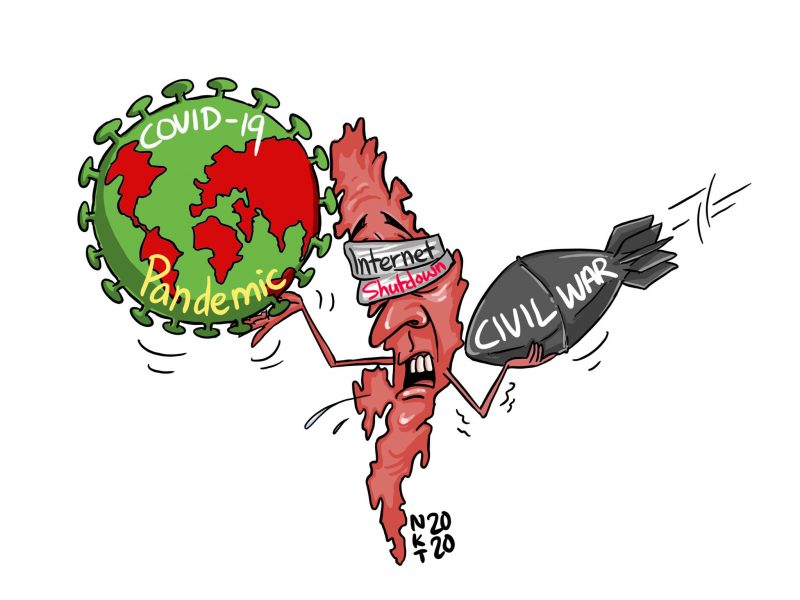 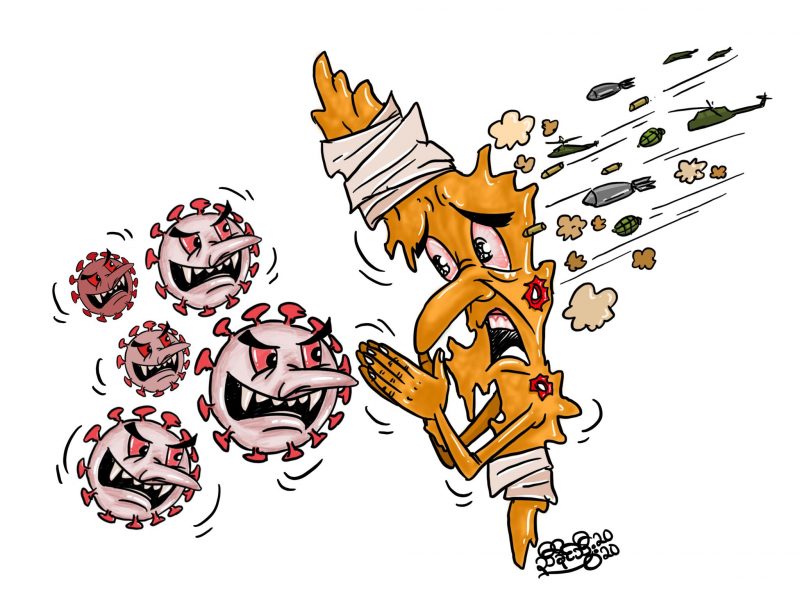 As of April 3, 2020, the Myanmar Ministry of Health and Sport reported that the country has a total of 20 COVID-19 patients.

On March 30, the editor of the Voice of Myanmar website, Nay Myo Lin, was arrested and charged for interviewing a representative from the Arakan Army, which has been declared as a terrorist organization a few days earlier.

Reporters Without Borders (RSF) urged authorities to drop the case

We call on Kyaw Swa Lin, the judge who ordered this journalist’s detention, to dismiss these utterly absurd and disproportionate terrorism charges. Nay Myo Lin complied fully with journalistic ethics and published this interview with the aim of serving the public interest by helping to restart the talks needed to end the conflict in Rakhine State.