Mubarak Bala is accused of 'provocative' Facebook posts against Muslims 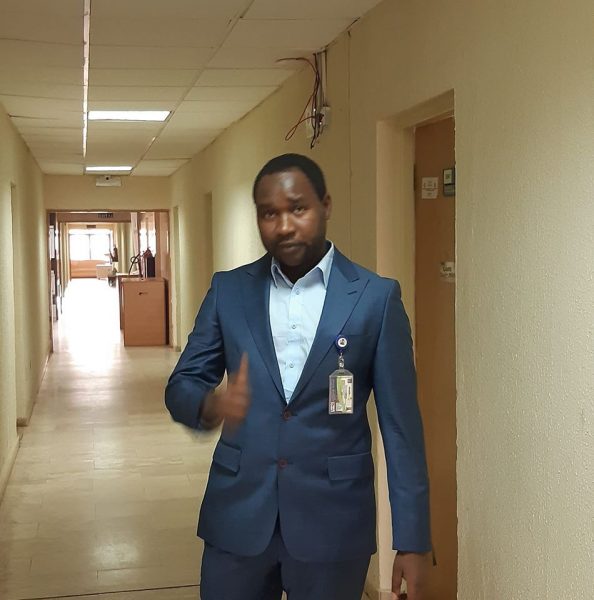 Mubarak Bala, a self-identified atheist, was arrested in Kaduna, northwest Nigeria, on March 29, 2020, for allegedly insulting the Prophet Muhammed, reports the Punch, a Nigerian daily.

Bala was arrested following a petition to the police commissioner of Kano, northwest Nigeria, on April 27, by a group of lawyers who accused him of “provocative and annoying” Facebook posts against Muslims, according to Zikoko online portal in reports here, here and here. They said Bala was:

…calling the Prophet of Islam, Muhammad (PBUH), [Praise Be Upon Him] all sorts of denigrating names like pedophile, terrorist among other statement that will definitely incite Muslims to take laws into their hands, which will ultimately result in public disturbance and breach of the peace.

Bala is expected to be prosecuted for blasphemy under the Penal Code of Kano State. If convicted, he is liable to a two-year imprisonment with fine or both.

Read more: ‘They call for my slaughter': Somali atheists living in fear

Bala — not new to controversy

Bala, 35, chemical engineer and leader of the Nigerian Humanist Association, is not new to controversy.

In June 2014, Bala’s family forcefully confined him to a psychiatric hospital in Kano for renouncing Islam, according to reports by the BBC. He was released 18 days later from the Kano Psychiatric Hospital.

Recounting his ordeal in the hospital to Humanist Voices in 2018, Bala said that he was “drugged by force” with medicines meant for “psychotic and schizophrenic patients.” The drugs “induced a lot of weird feelings that almost drove me crazy,” he said. 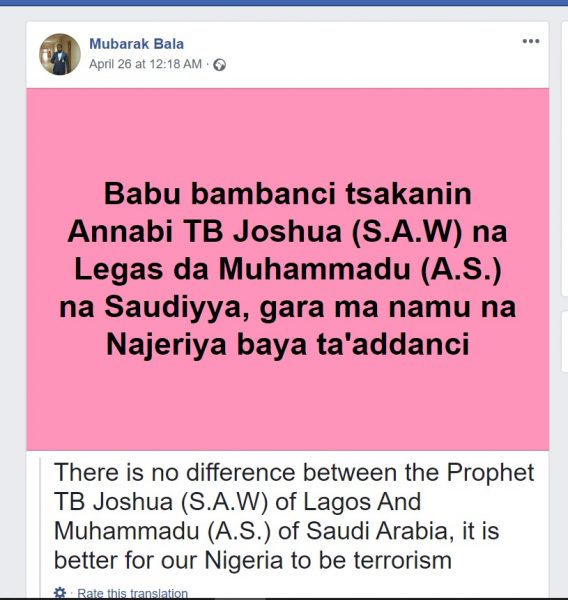 Therefore, his recent Facebook comments are not surprising, based on his past. On April 26, Bala shared this on his Facebook wall in the Hausa language, which translates: “There is no difference between the Prophet TB Joshua (S.A.W.) of Lagos and Muhammadu (A.S.) of Saudi Arabia, it is better for our Nigeria to be terrorism.”

TB Joshua refers to an evangelical pastor of The Synagogue Church of all Nations, Lagos.

Apparently as a result of the backlash his post generated, Bala shared another Facebook post stating: “if you cant take blasphemy against Islam, criticism of its doctrines, this page is not for you…”

Sahara Reporters, an online newspaper, reported that Bala has been receiving death threats “from extremists” including a “serving policeman identified as Abdulsamad Adamu.” Adamu is a sergeant in the Bauchi State Police Command, northeast Nigeria.

Bala’s lawyers have asked for a transfer of his case from Kano to Abuja, Nigeria’s capital, over threats made “directly” on the life of their client before his arrest “via phone calls” and “on social media.”

Blasphemy or freedom of speech

Blasphemy is an offense punishable in both the customary (secular) and Sharia (Islamic) court systems in Nigeria.

Any person who does an act which any class of persons consider as a public insult on their religion, with the intention that they should consider the act such an insult, and any person who does an unlawful act with the knowledge that any class of persons will consider it such an insult, is guilty of a misdemeanour, and is liable to imprisonment for two years.

Meanwhile, #FreeMubarakBala has been trending on Twitter, with divided opinions about the arrest of Bala and the impending blasphemy charge.

The arrest of @MubarakBala on charges of blasphemy is uncalled-for. I don’t subscribe to provoking the sensibility of any religious group and I’ve told him it’s unfair that he does that, but arresting him is an overkill. He’s not a threat to Islam. He should’ve just been ignored. pic.twitter.com/jANzGIs6Ns

“Criticizing a religion is not a criminal offence,” wrote this netizen:

Nigeria is a secular state and freedom of speech is one of the fundamental characteristics of a modern democratic state.

Criticising a religion is not a criminal offence.

So every right minded person should put aside their religious views and lend a voice to #FreeBalaMubarak.

This netizen questioned the need for enforcing blasphemy laws in 2020:

The only reason you still enforce blasphemy laws in 2020 is because your religion cannot withstand the slightest enquiry. 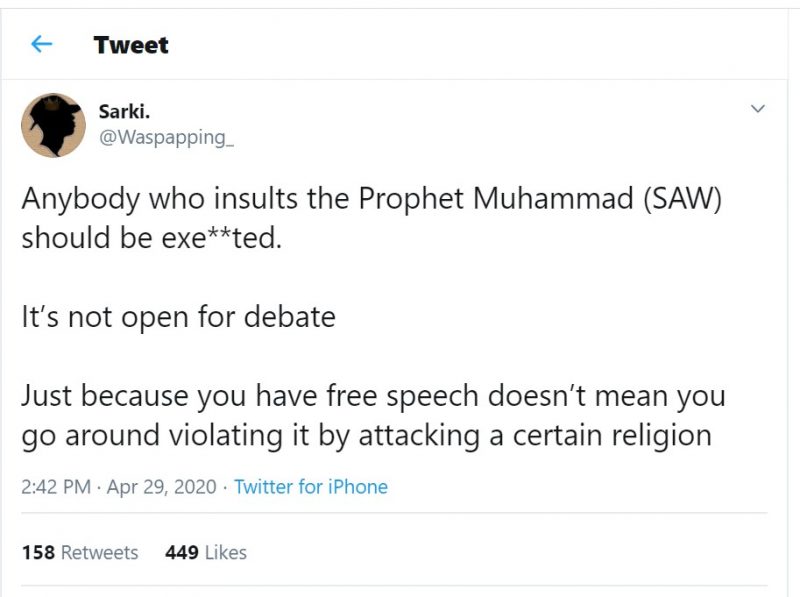 And this netizen called human rights activists hypocrites when it comes to religion:

When someone insults our Prophet you'll say its freedom of speech

But when we insult gays/lesbians you'll say its discrimination

You right activists are hypocrites, have always been and will always be#FreeBalaMubarak

Nigeria, with an estimated population of 200 million people, has two major religions: Christianity and Islam. Muslims and Christians make up 50 percent and 48 percent of the Nigerian population respectively.

The north is predominantly Muslim while the south of Nigeria is chiefly Christian. There are few traditional religious adherents in both parts of the country.

Atheism is not popular, although there have been some popular Nigerians who openly profess their non-belief in any religion.

Some young Nigerian atheists have been ostracized by their families for denouncing religion. It is particularly grim in northern Nigeria. A 2010 Pew Research study shows that a majority of male Muslims in northern Nigeria (58 percent) support the death penalty for those who leave the Muslim religion.

Nonetheless, these seem to be extreme cases.

A member of the Atheist Society of Nigeria in a 2018 interview with Business Insider by Pulse online magazine admitted that some “still feel” shocked at meeting Nigerian atheists. However, most “Nigerians are tolerant and love to speak their minds when they disagree with you.” Consequently, their lack of belief has ignited “plenty of discussions” and “very few instances of being threatened or bullied.”