"They depart because their government failed to protect them" 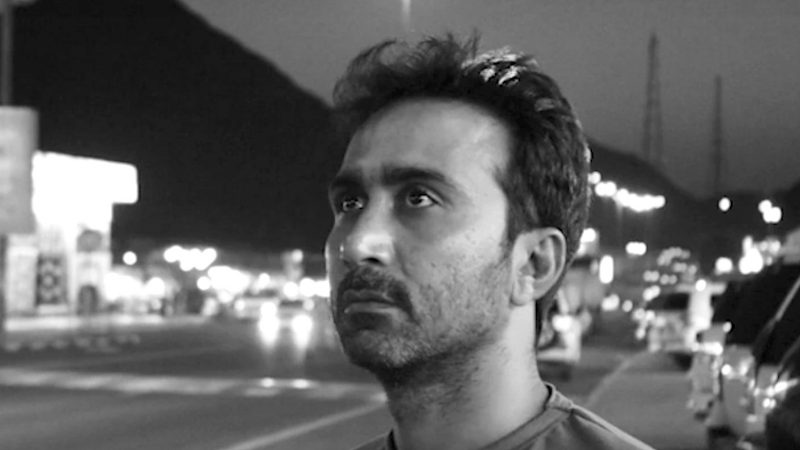 Sajid Hussain, 39, was a prominent journalist hailing from Balochistan. Screenshot from YouTube by Balochistan Times.

Baloch journalist Sajid Hussain was confirmed death by Swedish police after his body was found in a river outside the city of Uppsala on April 23. The police said that their initial investigation did not show ‘ any foul play’ and that they would continue their investigation and further autopsy results were expected, however Baloch and Pakistani activists are pointing fingers at the Pakistani intelligence services.

Hussain, aged 39, was pronounced dead by the Swedish Police after he went missing on March 2nd from Sweden where he was living in self-imposed-exile. The police found his dead body on April 23 and were recently able to match his finger prints, confirming his death to his family and colleagues on Friday, May 1, 2020.

Thread:
Body of #SajidHussain, our varsity friend, and a fellow journalist, has been found today in Sweden. I am sharing some of his explosive journalistic work (among many others) published in The News about #Balochistan that has landed him into trouble. 1

Prior to his death, Hussain was the editor of The Balochistan Times, a news website currently blocked in Pakistan. According to rights groups, the Pakistani government routinely blocks websites and information coming out from Balochistan.

The Balochistan times tweeted screenshots of its story on the death of its editor:

Reuters Pakistan bureau chief Gibran Peshimam, who previously worked with Sajid, tweeted an old picture of Sajid from his wedding in Balochistan.

Mama Qadeer, a leading human rights activist from Balochistan who in 2014 marched on foot for +2000km from Quetta to the capital Islamabad against enforced disappearances in the region tweeted:

It is a sad news for us, renowned Journalist Sajid Hussain, the chief editor of @BaluchistanTime is no more among us.
His dead body was discovered from a river in Uppsala, Sweden.
The unfortunate death of Sajid left a vacuum in Baloch Society which will take years to be filled. pic.twitter.com/PkCcL9fTCJ

What happened to Hussain?

Hussain was a young and bright journalist from Balochistan, a conflict zone in Pakistan that has seen more than 6 insurgencies since 1947. For decades, the Baloch nationalist movement has been fighting for cultural and economic rights, and greater political autonomy, including “outright secession and the creation of an independent state of Balochistan.” Dissident voices and young intellectuals in the region are subjected to enforced disappearances, torture and even murder. Others are forced into exile. Since 2010, the bodies of hundreds of Balochistan’s “missing people” have turned up bearing torture marks, according to the Human Rights Commission of Pakistan (HRCP). In 2013 alone, 116 bodies were found across the province, 87 of which were identified by families who accused Pakistan’s security agencies of abducting their loved ones.

Hussain left Pakistan in 2012 after unidentified people stole his laptop and notes which is a modus operandi of spy agencies. He then moved to Oman then the United Arab Emirates (UAE) and Uganda for his safety, before applying for refugee status in Sweden in 2017. His wife and two kids were expected to join and reunite with him this summer.

When the journalist went missing, Reporters without Borders (RSF) pointed fingers at the country's notorious spy agency ISI for his disappearance. “Considering the recent attacks and harassment against other Pakistani journalists in Europe, we cannot ignore the possibility that his disappearance is related to his work,” Erik Halkjaer, the president of RSF's Swedish section, said in a statement on March 30.

“He left and we were relieved that at least he would be safe,” recounts his brother Wasif Khalil about his departure. But that was not the reality.

While it still remains a mystery what happened to Hussain, Baloch and Pakistani activists are pointing fingers at the military, which has previously been accused of targeting dissidents living abroad.

In the past, the Pakistan army has suggested killing dissidents abroad and it seems like they are now putting that plan in action. This is following the Saudi, Chinese, Turkish and Russian playbook. They have been doing this in the West against their dissidents. I hope the Swedish police can solve this but hostile intel agencies usually work without leaving traces. As an exiled journalist myself, I have been advised by Western law enforcement agencies too to stay vigilant in France.

Siddiqui narrowly escaped abduction in 2018 in Pakistan, and blames the Pakistan Inter-Services Intelligence (ISI) for the attempted abduction. He left the country immediately after that attack. He was informed by the French Police of serious threats against his life in France.

In recent months, several Pakistani activists and bloggers living in Europe have also claimed to have been targeted for speaking up against human rights violations in Pakistan.

An RSF report published in February said a Rotterdam-based Pakistani blogger, Waqqas Goraya who was kidnapped and tortured while in Pakistan three years ago, was attacked and threatened by two people believed to be Pakistani intelligence agents.

An old interview of former president General Pervez Musharraf has resurfaced on Twitter in which he mentioned killing voices of dissent living in exile. The interview was conducted in 2017 in Dubai, where Musharraf has been living since 2014 to ‘seek medical treatment.’ In December 2019, Musharraf became the first army general in Pakistan to be sentenced to death, after a special court declared him a traitor for suspending the constitution in November 2007 when he was president. However, he still retains support within the current Pakistani government and military. His sentence was overturned in January 2020 by the Lahore High Court.

The death of Sajid Hussain is a huge loss for Baloch nation and journalism. Swedish authorities must trace all the links behind his two month’s disappearance that lead to his untimely death. Musharraf's words should be included & analyzed in the investigation. @SweMFA pic.twitter.com/LaHvZ5g5YI

Malik Siraj Akbar who is a journalist from Balochistan and took refuge in the US wrote a heartfelt obituary and highlighted asylum- seekers predicament:

Sajid’s case has drawn attention to another critical issue: asylum-seekers’ relationship with their home countries. People apply for political asylum not because they hate their country or have committed a crime there. They depart because their government failed to protect them, and they face persecution based on their race, religion, nationality, membership in a particular social group or political opinion

Pakistan dropped three ranks down to 145th out of 180 countries in RSF's 2020 World Press Freedom Index. According to RSF, the media is ”under the military establishment's thumb.” The influence of the military on free speech and press has increased dramatically since Imran Khan became prime minister in July 2018.