The Duterte government continues to hunt down dissenters, at home and abroad 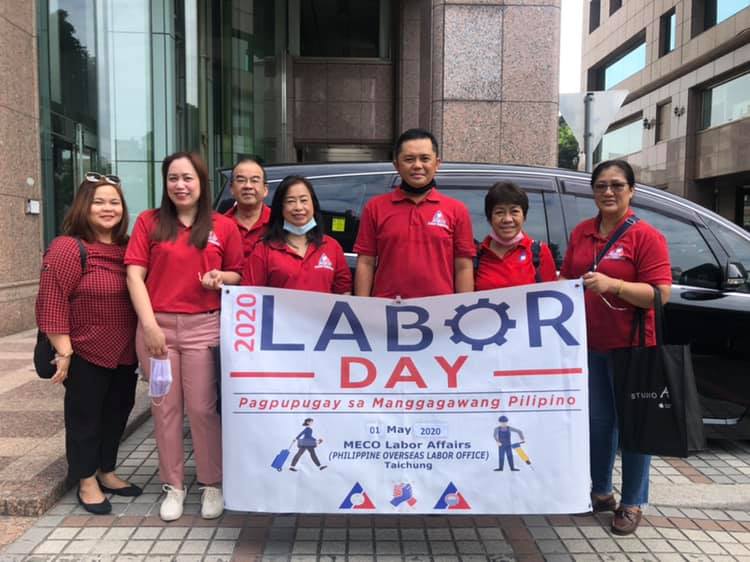 Taiwan has rejected the request of a Philippine government labor official to deport a Filipina caregiver for allegedly publishing libellous social media posts.

On April 25, 2020, the official website of the Philippines’ Department of Labor and Employment (DOLE) posted a press statement from Labor Attaché Fidel V. Macauyag of the Philippine Overseas Labor Office (POLO) about the request to deport a Filipina caregiver in Taiwan for making “nasty and malevolent” remarks against President Rodrigo Duterte.

We are constrained to act for the deportation of a Filipina working as caregiver in Taiwan for the crime of cyber libel for wilful posting of nasty and malevolent materials against President Duterte on Facebook intended to cause hatred amidst the global health crisis brought about by the COVID-19 pandemic.

The statement added that the caregiver “has a group organized to discredit and malign the President and destabilize the government.”

The Overseas Filipino Worker (OFW) mentioned in the statement is Elanel Egot Ordidor, a caregiver who has been working in Taiwan’s Yunlin County for the past three years. Ordidor’s husband is also an OFW and they have three children back in the Philippines.

There are an estimated 12 million OFWs in various parts of the world. Taiwan has about 150,000 OFWs who are mostly factory workers or domestic helpers.

The DOLE press statement said Ordidor initially agreed to cooperate by committing to delete her ‘libelous’ videos and make an apology addressed to Duterte. But POLO said Ordidor continued to attack the president through her other alleged social media accounts prompting the office to “coordinate with her broker and employer on her deportation on the basis of the gravity of the offense under Philippine Law.”

Ordidor was to be charged for cyber libel under Republic Act No. 10175.

Ordidor has regularly criticized the Duterte government’ COVID-19 response on her Facebook page. Some of her videos were taken down by Facebook but she continued to post commentaries criticizing the harsh lockdown measures that prevented the poor and workers from earning a livelihood.

She reportedly wrote that many will die not from the virus, but from hunger and poverty.

The deportation request against Ordidor was rejected by Taiwan's Ministry of Foreign Affairs which emphasized that migrant workers enjoy citizen treatment which includes freedom of expression.

The Yunlin County labor affairs department director-general also echoed the ministry’s stand and assured Ordidor that she can continue to work as a caregiver.

Ordidor expressed her gratitude to the Taiwanese government in a media interview:

I’m happy and I am very grateful for what the Taiwanese government said about upholding my rights.

I felt that they listened to what I was trying to say, and it shows that they do value democracy here in Taiwan.

Watch and listen as Linn Ordidor talks about her convictions, and why she thinks being opinionated and outspoken is worth the risk of offending the powerful here: https://t.co/TPweLGxcbq

MECO is the official representative of the Philippine government in Taiwan. Banayo said the POLO official acted on his own without consulting with MECO.

The issue has sparked outrage in the Philippines. It was cited as further proof of the Duterte government’s intolerance of dissent.

There are thousands upon thousands of distressed, abused, stranded and neglected OFWs needing to be rescued and assisted but these overseas POLO officials opted instead to expend all their time in the world to gang up on Ordidor on the mere basis of her critical views against President Duterte. This is definitely meant to divert people’s attention from the Duterte regime’s inutility in addressing the COVID-19 pandemic and recession in the Philippines.

His mandate is to promote the welfare of our OFWs. He has shown the highest level of ignorance. Worse, his action embarrassed the Philippine government.

Mr. Macauyag's irresponsible act toward a helpless overseas Filipino worker is clearly an abandonment of his sworn duties to protect the welfare of OFWs.

We continue to remind the government that public service requires a higher tolerance for opinions and criticisms, especially that a democracy works best when there are healthy discourses on governance; thereby, allowing greater accountability from our public officials.