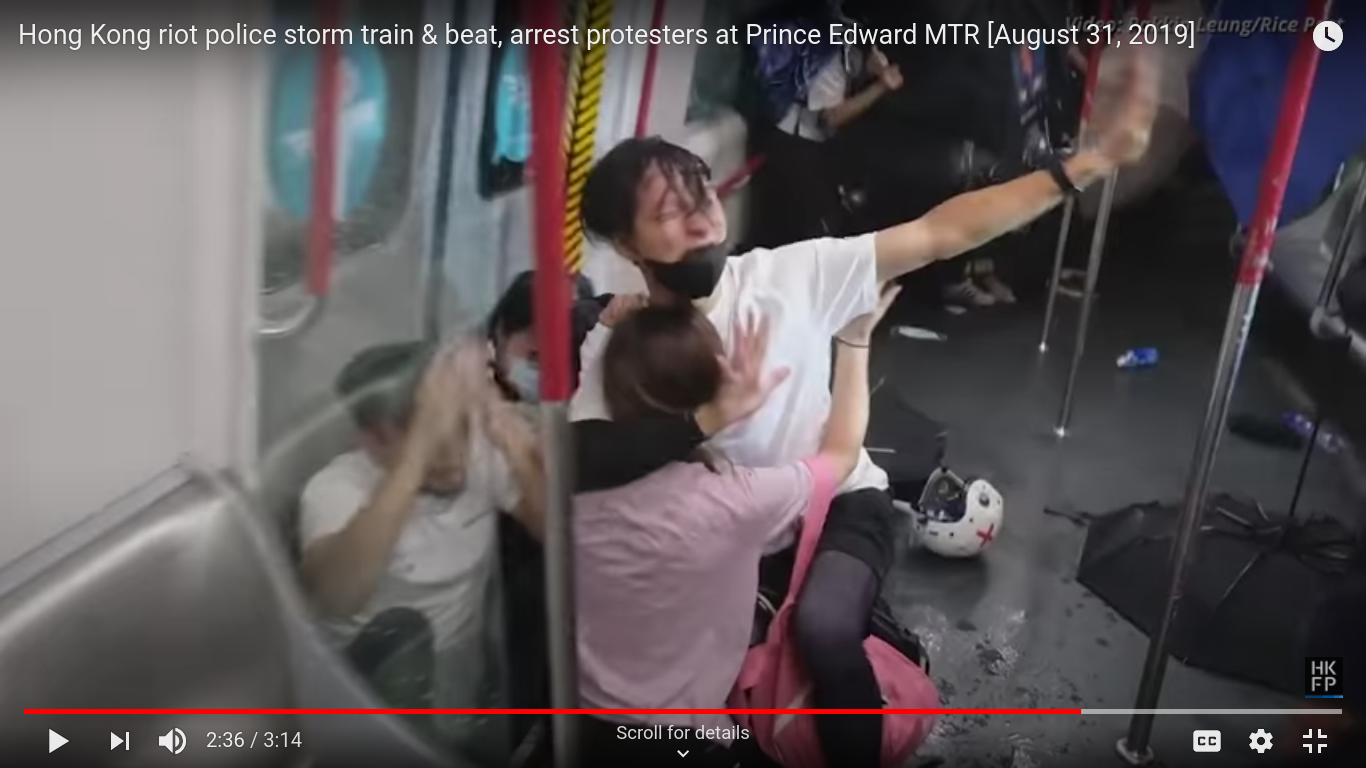 Hong Kong police announced a controversial decision on September 22 to redefine “media representatives” by limiting them to government-registered and “internationally recognised” agencies, newspapers, magazines, radio and television stations. As a result, press cards issued by local journalist groups would no longer be accepted as valid accreditation.

Under the new policy, freelance journalists, journalists from student press outlets, documentary filmmakers, journalists who work for local media organizations which have not registered under the Government News and Media Information System (GNMIS) and journalists who work for foreign media outlets which are not “internationally recognised and reputable” will not be recognized as media representatives. This also implies that the police could arrest them when they are reporting from protest sites.

The police force said the proposed change of the Police General Orders, a set of guidelines for Hong Kong police officers on law enforcement, would help facilitate frontline policing and reporting. It would also help them identify members of the press and bar “self-proclaimed” journalists from protest sites.

The new guidelines drew widespread criticism from journalists, as eight press unions and associations slammed the move as “seriously impeding press freedom” in the city.

They asked the police to scrap what they consider a de facto accreditation system, stressing that :

Police unilaterally made such a major amendment without discussion and consultations, destroying a relationship that was built over many years.

In our view, the police have every right to take action against anyone engaging in illegal activities; however, this proposed policy is in effect restricting the freedom of reporting. We are concerned that the new policy would amount to giving clear instructions to officers to disperse non-mainstream journalists who have done no wrong and are only exercising their right to gather information.

HKFP has examined key moments from the city’s year-long pro-democracy protests that were captured by freelancers and student media.

Many of the clips gained viral traction and were shared freely with local, as well as international media. Student and freelance reporters often faced great personal risk in capturing iconic protest moments, yet received little reward, lacked protection from large news outlets and bore the brunt of police-protester actions. Here are some of the main key moments of the protests covered by such media.

Warning: some of the videos include graphic scenes of violence.

The HKUST Radio News Reporting Team captured footage of riot police pinning a young girl to the ground after she tried to flee during a demonstration in Mong Kok on September 6.

Although the teenager was not arrested, the police reaction sparked outrage from children’s rights groups who demanded the force apologise. Police later defended the response, saying officers had used the “minimum necessary force” to subdue the girl.

The online website NineTeen Media filmed a pregnant woman who appeared to have been affected by police pepper spray at a demonstration in Mong Kok on August 31. Independent outlet Studio Incendo, which shares its images under a Creative Commons license, also shot widely-shared photographs of the incident.

The Hong Kong Baptist University Students’ Union Editorial Board captured the moment when a protester stabbed a police officer in the arm on July 1, the 23rd anniversary of the city’s handover to China. Thousands of Hongkongers had defied a police ban to march between Causeway Bay and Wan Chai in protest of the Beijing-enacted national security law.

Cupid Producer documented a police officer firing three live rounds at two protesters at close range in Sai Wan Ho on November 11, 2019, during a general strike action across the city. One of the rounds hit a protester, who had a kidney and half of his liver removed as a result.

Last year, on October 1, the campus TV of the University of Hong Kong recorded graphic footage of police shooting an 18-year-old protester with a live round in Tsuen Wan. The teenager – Tsang Chi-kin – who appeared at the time to have a rod in his hand, was shot in his left lung. He was left in a critical condition and underwent surgery to remove the bullet, which was three centimetres from his heart.

Reporter Leung Pak-kin from online media Rice Post shot a video inside Prince Edward MTR station on August 31 last year, which showed police beating people with batons and deploying pepper spray while making arrests. Journalists and medics were expelled from the station, according to local media, leading to unverified rumours of civilian deaths during the incident.

An HKFP freelancer, who does not wish to be named, captured chaotic scenes inside the Yuen Long MTR station on July 27, 2019. In the video, Special Tactical Squad officers were seen beating crowds as protesters set off fire extinguishers. There appears to be blood on the floor.