What’s the future of digital rights in Africa? 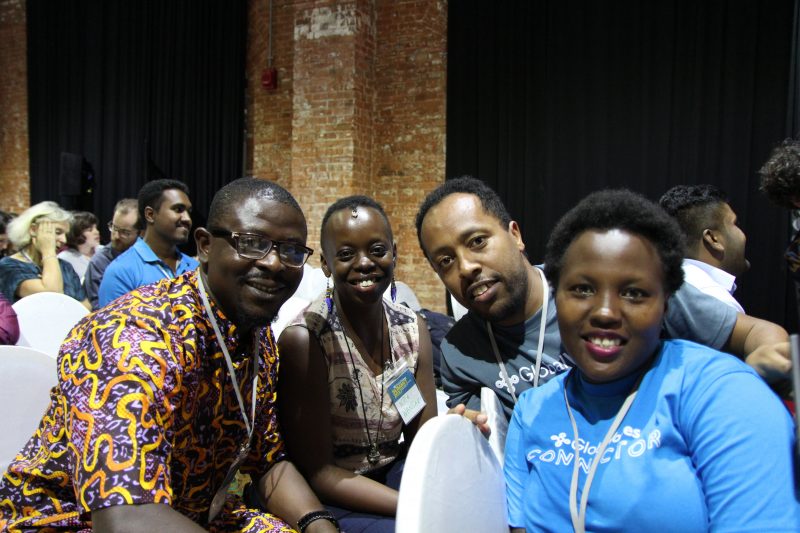 The International Day for Universal Access to Information (IDUAI), on September 28, is an annual reminder of the rights of every person to access information, initiated by the United Nations Educational, Scientific and Cultural Organization (UNESCO).

This is particularly important in Africa, where digital access to information is characterized by excessive taxation, digital shutdowns and jailing of activists.

In addition, the dreadful landscape for online freedom and digital rights on the continent has been exacerbated by the COVID-19 pandemic.

The #COVID19 pandemic has lent itself to surveillance systems. For many in Africa, even when the disease toll is declining, gov'ts have exploited the public health crisis with institutionalized and permanent actions that further entrench their power. #FIFAfrica20 #DigitalRights https://t.co/5epJI4L0gr

In the light of the above, some sub-Saharan Africa (SSA) Global Voices (GV) contributors recently discussed the future of internet freedom as part of their contribution to the Forum on Internet Freedom in Africa 2020 (#FIFAfrica20), organized by the Collaboration on International ICT Policy for East and Southern Africa (CIPESA).

The GV SSA reporters identified seven issues that will likely shape the future of internet freedom and digital rights in Africa.

As of March this year, Africa’s 527 million internet users are like a drop in the ocean of about 5.8 billion global users. The 39 percent internet penetration in Africa lags behind the 59 percent global average and 63 percent with the rest of the world, according to the Internet World Stats.

Hence a country like Liberia, with a population of 4.5 million, boasts of a paltry 624,610 internet users and a low internet penetration of 12.3 percent. Consequently, both the “Liberian government and the African Union” need to assiduously work in getting the internet “to far-flung places,” opines Mark Neywon Mengonfia.

In 2007, Guinea became the first country in sub-Saharan Africa to switch off the internet during protests against former president Lansana Conté.

Since then, digital blackouts in Africa have become the norm during political upheavals or uncertainties.

READ MORE: The day Liberia shut down freedom of expression amid a mass protest

Daniel Ekonde, of Cameroon, asserts that African governments are increasingly tightening their grip on the internet. Hence, a digital milieu free from “government interference or surveillance or the emasculation of rights of various African netizens,” is becoming slimmer by the day, Nwachukwu Egbunike, of Nigeria, thinks.

For instance, there are “repeated interruptions of the internet whenever there are protests” in Ethiopia. The same occurs in “Cameroon wherein the internet is manipulated when protests are announced,” said Ekonde.

Nonetheless, Khattab Hamad of Sudan believes that it is still possible to “imagine a future in Africa with no internet shutdowns and digital rights violations.” However, this depends on three factors, according to Hamad, that will make future digital blackouts a hard call:

First, a law that enshrines network neutrality so that the internet remains free and open, including during political crises; second, a law that criminalizes the denial of internet access; and third, a law to prevent violations of users’ privacy and personal data.

READ MORE: Internet shutdowns in Sudan: The story behind the numbers and statistics

Legislation should not only curtail internet shutdowns but rather promote digital rights.

James Propa of Uganda envisages a future where “communication, education and digital platforms” in Africa are not “heavily taxed or priced,” hence, preventing “so many young people from using these platforms.”

This runs contrary to the prevailing situation in the continent where “we have legislation that only supports the leaders to stay longer in power or to enrich themselves or for their own personal benefits,” asserts Propa.

In addition, these laws should be proactive. Adetomiwa Isiaka, of Nigeria, proposes constitutional provisions that guarantee that “digital rights” are granted universal accessibility like “educational rights, that is free and accessible.” This can be achieved by making digital access “compulsory for everyone in the country,” Isiaka assets. 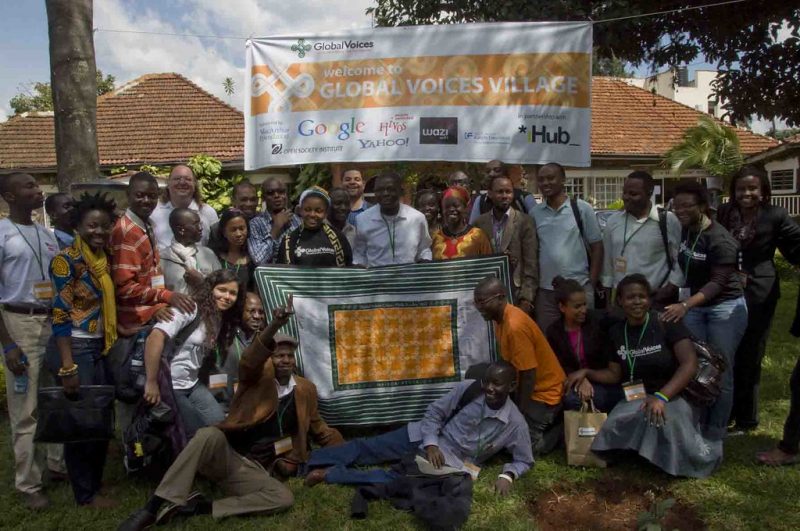 Swahili — one of the African Union’s official languages — is the most widely spoken language in the continent. Similarly, Yorùbá has 30 million speakers in southwestern Nigeria, and in the neighboring West African countries.

However, Swahili and Yorùbá, like most African languages, are not only relegated to the rear on the internet but are invisible in digital spaces.

Consequently, Adéṣinà Ayeni of Nigeria wants a truly “multilingual” internet that is “accessible in African languages.” He believes it is his right to write his name “in the Yorùbá language with the diacritics, which are the tonal markings.” But he cannot do so because this message: “Error, characters are not recognized” keeps popping up. This “should not be so,” Ayeni laments.

Harmful content like mis- and disinformation or ethnic hate speech are increasingly weaponized in digital platforms to silence critics or marginalize dissenting voices.

Ekonde argues that netizens should be more “responsible” about the content they share on digital platforms and refrain form “hate speech, targeting people on social media and also fake news.” This, according to Ekonde, will greatly “improve” digital rights in the continent.

In addition, technology firms and platforms have to moderate harmful online behaviors like cyberbullying and trolling, which usually go unreported in minority languages.

Egbunike thinks that tech firms should “actually take full responsibility of moderating content” rather than the prevailing scenario of “paying lip service to issues arising from their digital platforms within the various countries in the continent.”

Despite all the odds, Baraka Providence, of DR Congo, asserts that Africa is moving toward digitalization that promises a bright future for internet freedom and digital rights.

Nonetheless, Providence insists that Africa’s digital transformation has to be “humancentric” by shrinking the prevailing “inequality among people.” This will be achieved by ensuring that technological policies do not morph into “barriers against access, accessibility and inclusion of minorities.”

But more importantly, the technological transformation of the continent can never be achieved at the “expense of digital rights,” warns Providence.