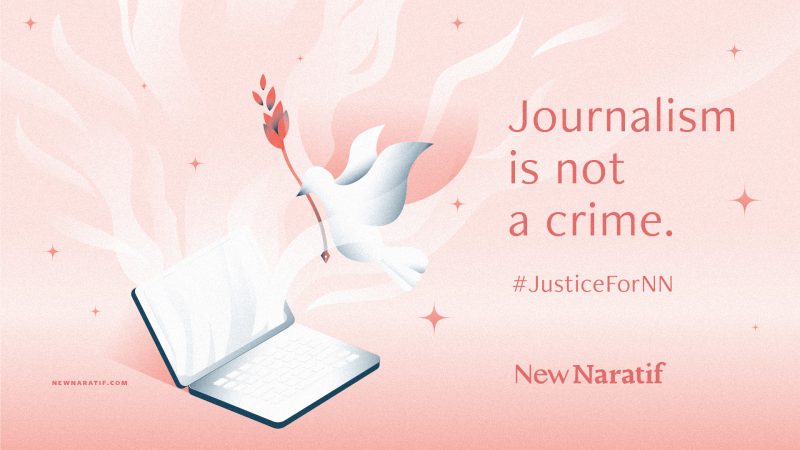 The Singapore Elections Department, which is under the Prime Minister’s Office, has filed a police report against independent news website New Naratif for publishing paid advertisements during the campaign for the general election held in July 2020.

New Naratif boosted a total of 13 election-related news and feature stories on Facebook from June 30 to July 10. Authorities said the Facebook boosting is tantamount to “publishing paid advertisements that amounted to the illegal conduct of election activity.”

The posts, which are all part of New Naratif's election coverage, are mainly about the policies of the ruling party, the state of transparency in the government, critique of the ‘anti-fake news’ law, and racial discrimination in society.

The police report was filed on September 18. New Naratif’s founder and managing director, Dr Thum Ping Tjin, appeared at a local police station on September 21, where he was questioned for four and a half hours. The police later accompanied him to his home and confiscated his laptop.

The news website “believes that the Prime Minister’s Office is abusing the law to attack New Naratif and that this is part of a long-standing campaign of intimidation and harassment against New Naratif by the Singapore government.” It added:

This police report is a continuation of the PAP [People's Action Party] government’s attempts to intimidate independent media, and is an abuse of the PEA [Parliamentary Elections Act] designed to strike fear into the hearts of the government’s critics and citizenry.

We condemn the abuse of the law to harass independent media and critics. We denounce the lack of independence of the Singapore Elections Department.

New Naratif said other Singapore media outlets, including those partly owned by the government, also boosted election content on Facebook but are not facing any legal action.

PAP has been Singapore’s ruling party since 1965. It is credited for turning Singapore into one of the richest countries in the world, although it is also accused of employing strict social controls that undermine free speech and democracy.

PAP dominated the general election in July but with a reduced majority.

Several political groups and media freedom advocates have expressed solidarity with New Naratif. They also criticized the overbroad definitions of ‘election activity’ and ‘election advertising’ under the Parliamentary Elections Act, used by the authorities to label any information and reporting by critics and the independent media as illegal.

An attempt to silence independent journalism in Singapore is indeed a shame. We are in solidarity with @NewNaratif to continue their important work in providing thorough and critical journalism to help advance freedom and democracy in Southeast Asia. https://t.co/8JJh40vbwV

If the content it has put out can be deemed ‘election advertising’, then it may be time to review if the legislation should be amended instead of criminalising citizen participation in politics.

The Government should refrain from using overly broad laws, oppressive regulations, and litigation to severely curtail freedom of speech and assembly in Singapore, which are legitimate and essential components of our democracy.

Human rights groups also highlighted how the law can be arbitrarily used to criminalize political speech:

The provision is so vague that it does not allow for individuals to be able to adequately predict what activity could fall foul of the law, while allowing the Elections Department to control, censor and potentially criminalize any political speech and discussion during the election period.

Several academics in Asia sent a letter to the Singapore government expressing concern about the investigation being conducted against New Natarif:

We consider New Naratif to be an important and innovative contribution to Southeast Asia’s media landscape. Free discussion of social and political issues is essential for a healthy society and to allow political leaders to respond to the concerns of the people.

Singapore’s media freedom is already limited in many ways, and the use of the Parliamentary Election Act to harass New Naratif will only restrict it further.

Singapore Unbond, a cultural group, warned about the impact of stifling free speech in society:

To function properly as a deliberative democracy, we need different perspectives and critical voices. To survive as a country, we need independence of thought and the courage of one's convictions. By harassing and intimidating its critics, instead of debating them, the People's Action Party is setting Singapore on a course of decline in order to maintain its grip on power.