"Send me my guitar and try to have the wardens accept it." 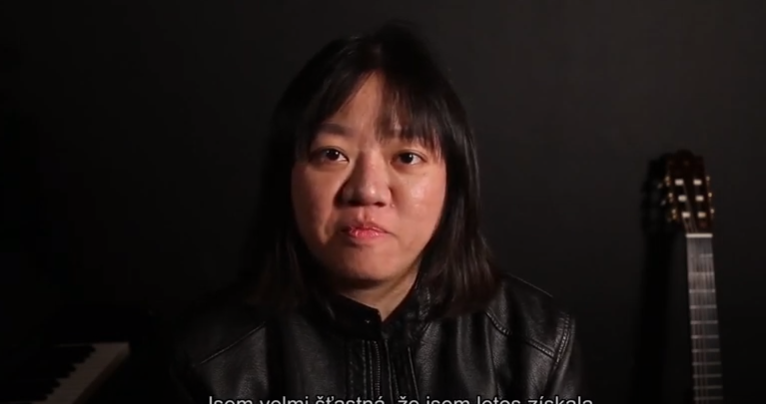 Doan Trang is part of the editorial board of The Vietnamese Magazine. She founded the online legal magazine Luat Khoa. She was also one of the founders of the Liberal Publishing House whose books on democracy have been confiscated by authorities. She also co-founded the Vietnam Legal Initiative, a United States-based NGO working to promote human rights in Vietnam.

Doan Trang authored the following books: Politics for the Common People, A Handbook for Families of Prisoners, On Non-Violent Resistance Techniques, Politics of a Police State and Citizen Journalism.

Doan Trang was previously arrested by the police for her role in protests against China’s incursion into Vietnam’s maritime territories and a community action protesting environment pollution. In several interviews, she narrated the attacks and harassment she endured in the hands of the police.

Pham Doan Trang, the night she was arrested. (October 6, 2020) pic.twitter.com/4sCqNnH6fi

It is not clearly stated what prompted her arrest. It could be related to articles she wrote about the government crackdown on land rights defenders or her work with the Liberal Publishing House. Another reason could be linked to security preparations for the plenum of the Communist Party this month since previous meetings were accompanied by similar arrests targeting dissidents and independent writers.

“Just In Case I Am Imprisoned”

Doan Trang, who faced constant threats and surveillance from the police, anticipated her arrest as early as May 2019. She instructed her friend to release a letter titled “Just In Case I Am Imprisoned” if ever she was arrested.

Pham Doan Trang left this letter with me, to publicize upon her arrest. Please share. pic.twitter.com/lVt52Kpkea

In her letter, she asked those who will campaign for her freedom to prioritize other prisoners of conscience. She also wrote about the need to campaign for democratic reforms in Vietnam:

I don’t need freedom just for myself, that would be too easy. I want something much greater: freedom and democracy for all of Vietnam. It might see like some grand goal, but it's totally possible, with your support.

She added that she will not “admit guilt, confess, or beg for leniency” because she is innocent. She has a personal appeal:

Send me my guitar and try to have the wardens accept it – For me, the guitar is like my Bible.

Several human rights advocates and media groups have issued statements in support of Doan Trang. Tran Quynh Vi, editor-in-chief of The Vietnamese Magazine, wrote about the importance of Doan Trang’s work as a journalist and activist:

Pham Doan Trang is a highly-respected journalist who has diligently expanded the political and legal information for the masses in Vietnam, encouraging people to practice the universal values of freedom and democracy that are stated clearly in Vietnam’s Constitution and which the government has also supported in many of the international treaties it has signed.

Pham Doan Trang took these risks knowingly in defence of freedom of expression. I salute her bravery and her strength of conviction. We hear her call for election reform in Vietnam, but we must also denounce her arrest and urge the Vietnamese authorities to release her.

As of this writing, Doan Trang’s family was already able to send some items for her personal needs but they have yet to see and talk to her in person.