COVID-19 restrictions ushered in an intensified clampdown on free speech 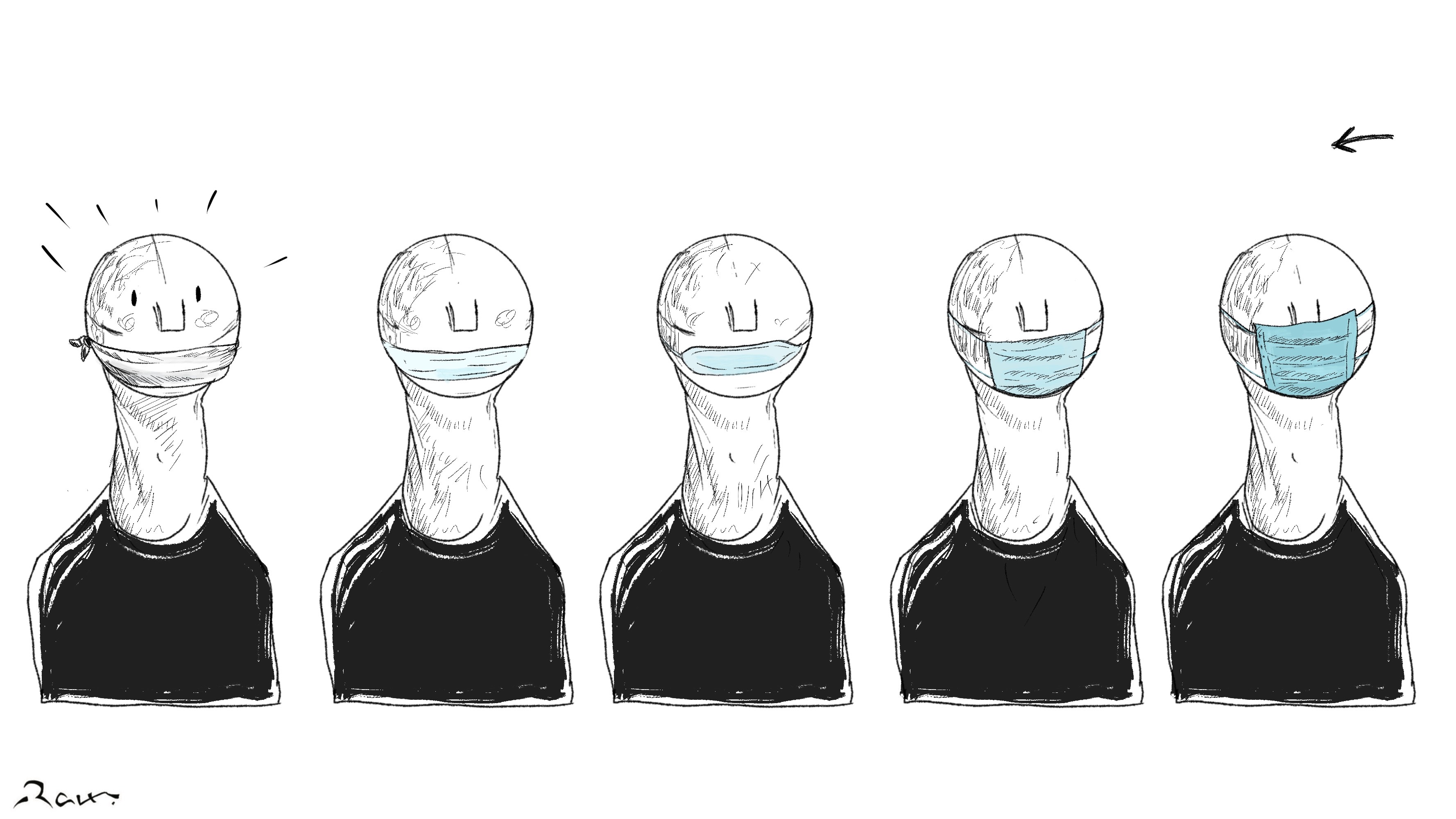 In Jordan, measures to curb the spread of COVID-19 came hand-in-hand with increased intimidation of journalists and restrictions on citizens’ rights to speech.

In mid-March 2020, Jordan's government enacted Defense Law 13 (of 1992) to help contain the pandemic, giving the government broad powers to limit basic rights. The then-Prime Minister Omar Razzaz reassured that the law “would be applied in the narrowest limits,” stressing the need to differentiate between the right to “express an opinion” and the “spread of rumors and false news which would spread panic” saying the latter will be “firmly” dealt with.

Soon after, the government imposed a three-day total lockdown followed by a strict daily curfew. Up until late April, one required a special permit to drive a car. Consecutively, economic activity was brought to a standstill.

In mid-April 2020, the government issued Defense Order No. 8 which criminalized the publishing or circulation of news on any platform, including social media, about the pandemic that could create panic among people. Offenders could be liable to a 3,000 Jordanian dinars ($4,231 United States dollars) fine and/or imprisonment for up to 3 years.

This governmental grip on citizens’ rights to speech is enabled by Article 15.4 of the kingdom's constitution, which authorizes the government, upon declaring martial law or a state of emergency, to impose “limited censorship” on the press in matters relating to broadly-phrased “public safety” and “national defense.”

Arrests started in early April. Following the publication of a report citing day laborers’ financial hardships under lockdown, Faris Al-Sayegh, director-general of Ro’ya TV, and journalist Muhammad Al-Khalidi, were arrested and then released on bail.

Others documenting the plight of marginalized communities under COVID-19 met worse fates. Salim Akash, a Bangladeshi journalist and reporter for the Jago News website, was arrested mid-April and charged by Jordan with violating the telecommunications and anti-terrorism laws after circulating news on Facebook highlighting the challenges of Bangladeshi migrant workers under lockdown. Jordan's Ministry of Interior issued an order to deport Akash, who is, to this day, imprisoned in Jordan.

Arrests soon went beyond the scope of COVID-19. On May 17, 2020, animal rights activist Ali Sarsour was detained over several Facebook posts. In one, Sarsour praised the queen of Jordan, who he claimed shared his surname — a link deemed offensive to Queen Rania — as his surname translates to “cockroach” in Arabic. In another post, Sarsour announced that he named his dog after the then-health minister. He was charged with lèse-majesté (i.e. defaming or insulting a member of the royal family), and insulting an official body and was detained for more than 60 days before being released on bail. 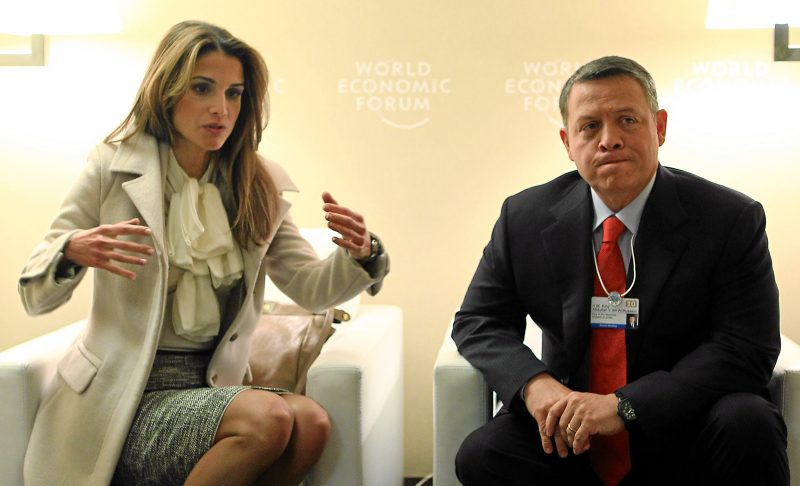 A month later, the closure of the teachers’ union sparked month-long protests across the kingdom. A government-imposed gag order stifled all news related to the protests throughout August. Some network throttling was also observed during protests. Once a rarity, media blackouts have recently become commonplace to silence journalists, and to limit investigations, and public debate. Subsequently, Basil Okour, the editor-in-chief of jo24.net, was arrested for allegedly violating the gag order for reporting on people's reaction to the union's shutdown.

A more popular case was that of Jordanian caricaturist, Emad Hajjaj. Hajjaj was arrested on August 26, 2020, after publishing a cartoon criticizing the UAE-Israeli peace agreement that portrayed the crown prince of Abu Dhabi. Charged with “disturbing [Jordan’s] relations with a foreign state,” he was transferred to State Security Court, a court reserved for extreme cases such as drug trafficking and terrorism. Although he was released five days later on bail, his arrest is seen as a deterioration: it was Emad‘s first incarceration despite previous controversial cartoons, including ones portraying other heads of state.

On September 20, 2020, Badi al-Rafaiah, a senior member of the Islamic Action Front—Jordan’s Muslim Brotherhood, was arrested on charges of “insulting the head of a foreign state” and lèse-majesté. His detention, which came against the background of months-old Facebook posts and retweets, coincided with Jordanians gearing up for parliamentary elections in which the brotherhood was a key contesting party, raising suspicion that the arrest was politically driven.

Not only was Badi's Facebook post nearly six months old, but it was also not an original one — his post endorsed someone else’s prayers that Egypt's President Abdel Fattah al-Sisi had contracted COVID-19 from a senior Egyptian military official who died of the virus. Rafaiah was released on bail a few days later.

The accusation of “insulting” the head of a foreign/sister country (in this case Sisi) is a shameful charge, not against Badi al-Rafaiah, but against any legislative and legal system that invokes the right of people to express any peaceful opinion.

More recently, the prosecutor for the State Security Court ordered the arrest of Jamal Haddad for publishing a news article questioning whether government officials had received the COVID-19 vaccine before the general public. The government charged Haddad under the Anti-Terrorism Law. He was released on bail on December 29, 2020, following increased protests led by local journalists.

The biggest slap in the arrest of our colleague Jamal Haddad is that his arrest by the State Security Court and the charges against him are a shame to be attributed to any journalist while we are at the gates of 2021. We are taking backward leaps and not steps #NoToJailingJournalists.

On December 28, 2020, lawyer Mohamad Almajali was charged with lèse-majesté, insulting an official body, and influencing the electoral process for putting forward his legal opinion regarding a signature on the royal decree approving the 2020 general elections. His case is in development.

These detentions, as plenty as they are, have attracted public attention due to the prominence of those involved. There may be others whose arrests have gone unnoticed.

Prior to COVID-19, Jordan’s red lines of speech were largely discernible, delimited by a labyrinth of legal codes including the Cybercrime Law, Penal Code, Press & Publications Law, Anti-Terrorism Law, and the Telecommunications Law.

Over the years, journalists and activists have established a general sense of what could get them into trouble, and mostly conformed. According to a 2018 study, over 92 percent of journalists practiced self-censorship. Yet, the 2020 detentions – spurred by a climate of COVID-19 alarm – threw them off course, and indicated that Jordan is following in the grim footsteps of oppressive neighboring countries, like Saudi Arabia and Egypt, who detain journalists and human rights defenders on vague, unfounded, often terrorism charges.

Algeria  22 May 2020
END_OF_DOCUMENT_TOKEN_TO_BE_REPLACED
Cancel this reply