For a brief moment in time, Clubhouse cracked the Great Firewall 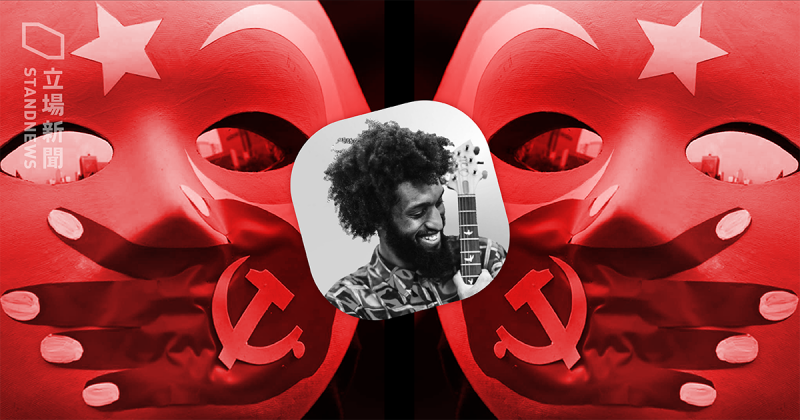 Image by the Stand News. Used with permission.

On February 8 China blocked Clubhouse, the United States-based, audio-only social network that mainland netizens have been using to discuss politically-sensitive topics away from the prying eyes of government's censors.

Launched in 2020, Clubhouse is the fastest growing social networking site worldwide. Users — currently surpassing 2 million — can open private chat rooms for friends or join public rooms with up to 5,000 people. The app is still invite-only and available exclusively on iOS.

Although not available in China's Apple Store, mainland users could still download the app by changing their phone's location. Invitation codes were reportedly being sold on Taobao, an online marketplace, for between 10 and 50 US dollars.

For a brief moment in time Clubhouse cracked the Great Firewall, and over the weekend several media outlets have noticed the existence of chatrooms named “Does Xinjiang have concentration camps?” (新疆有個集中營？and “Friends from Tibet and Xinjiang, we want to invite you over for a chat” (「西藏跟新疆的朋友，我們想找你們過來聊天」).

In both rooms, conversations lasted for hours. Some users said they had family members detained in Xinjiang's re-education camps or reported living in fear and under surveillance. Although a number of online patriots questioned the credibility of the testimonies, some Han Chinese have expressed empathy, and sometimes guilt for not being able to do anything to change the situation. Many said they were shocked to hear the testimonies.

Both Sinica podcast host Kaiser Kuo and The Economist's China Affarid Editor Gady Epstein were in the room “Does Xinjiang have concentration camps?”. Kuo summarized the discussions on a Twitter thread:

This discussion in Chinese on Xinjiang is still going on in Clubhouse. Good running thread below. One speaker just asked if 20% of Han Chinese were locked up, forced to speak Uyghur, etc, how would Han Chinese feel about that? Remarkable https://t.co/2sh4kV0xNr

Clubhouse also has other chat rooms discussing topics such as the 1989 Tiananmen incident, the Hong Kong national security law, feminism, youth activism, among other issues.

The exchanges on Clubhouse not only attracted the attention from foreign media, but also of Chinese state media outlet Global Times, which cited a Weibo opinion leader that alleged the social network “could be used as a weapon by Hong Kong and Tibetan secessionists to spread their political views and become another anti-China opinion platform.”

Many commentators had anticipated Clubhouse eventually would be blocked in China. Political artist Badiucao, who was active in the app's discussions, said the platform was “an air valve in a pressure cooker” when talking to independent journalist William Yang:

… noise that the whole world can hear it. However, we don't know when the #China government's big hand is going to close off that air valve. Regardless, it shows that situation inside the pot isn't as smooth-sailing as the Chinese government tries to make it look.

After the Chinese government closed the “air valve”, whoever remained on Clubhouse began to discuss strategies to create uncensored space for genuine exchanges on political issues among Chinese netizens from different regions.

Some users are also worried about the security of the platform as it encourages registration under one's real name and requires access to users’ personal data, such as contacts and voice fingerprints. Others have expressed concern with the fact that Clubhouse's API belongs to Agora, a Shanghai-based company.