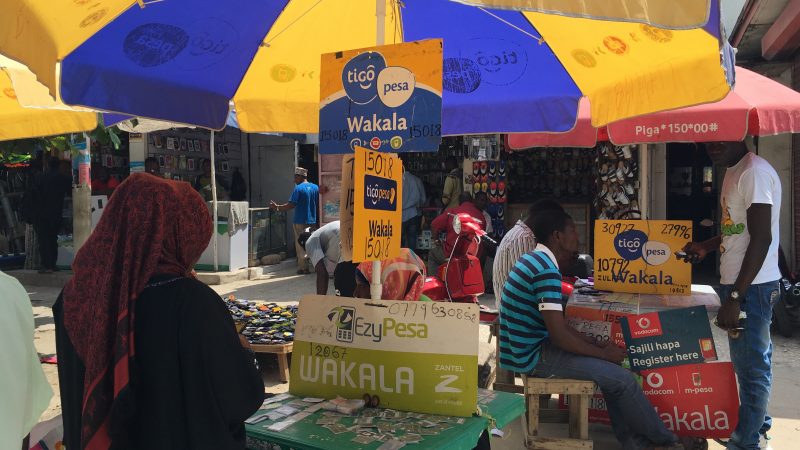 A mobile money agent waits for clients in Dar es Salaam, Tanzania. Under 2020 content regulations, individual expression is restricted by exorbitant fees and the government's power to remove “prohibited content.” Picture credit by Fiona Graham/WorldRemit via Flickr, CC BY SA 2.0.

In early March, as Tanzanians began to speculate about the health and location of President John Magufuli, many citizens took to social media with their queries and concerns.

In response, the government issued threats of mass arrests to anyone who used social media to share false information about the president. Authorities swiftly referred to Tanzania’s 2015 Cybercrimes Act, and the 2020 Electronic and Postal Communications (Online Content) Regulations to arrest and detain those who violated its rules.

The government has often used cybercrime laws and online content regulations to undermine and clamp down on digital rights and freedom of expression in Tanzania, this time was no different.

On March 17, then-Vice President Samia Suluhu Hassan revealed on state TV that John Magufuli had died. Soon after, Hassan was sworn in as the sixth president of Tanzania.

By then, at least four people had been arrested in different parts of the country for “spreading false rumors” about Magufuli’s health and location.

Many now wonder if Tanzania will review its repressive online content regulations in a post-Magufuli world, or whether these laws will remain firmly in place until 2025- the remainder of Magufuli's term served by Hassan.

In early March, Innocent Bashungwa, Tanzania’s Minister of Information, Culture, Arts and Sports, issued a warning specifically to the media to desist from spreading “rumors” about Magufuli’s whereabouts, who had not been seen in the public eye since February 27.

Additionally, the Minister of Legal and Constitutional Affairs, Mwigulu Nchemba, also threatened netizens with jail time via his Twitter account for sharing “nonsense” rumors, specifically citing Section 89 of the Penal Code and Section 16 of the Cybercrimes Act.

Human rights activists have condemned these moves and the overall climate of fear created by these regulations and subsequent threats of enforcement.

Tanzania has experienced remarkable internet, communications and technological advancements over the last decade.

Nevertheless, the state often plays an influential role over Tanzanian media companies and platforms and independent media lacks diversity in terms of viewpoints and representation.

The internet created new spaces online for Tanzania’s young bloggers and social media activists to make their voices heard, but the government has not welcomed this new reality.

In 2010, Tanzania first published the Electronic and Postal Communications Act, the first of its kind in the country.

By 2018, specific regulations regarding online content were released through Electronic and Postal Communications (Online Content) Regulations, 2018. The government argued that these regulations were intended to monitor and regulate citizens’ use of social media, in particular, and tackle issues like hate speech and disinformation.

However, the regulations applied not only to mainstream media but to individual bloggers and content providers, who were shocked by the new requirement to pay $900 United States dollars for a license. This includes anyone who produces live-streaming TV or radio.

The sudden imposition of fees turned Tanzanian social media dark as many bloggers and content providers gave up due to the exorbitant costs. Opposition politicians and social media practitioners critiqued the regulations for undermining online media freedoms as well as civil society.

In 2020, Tanzania released revised EPOCA regulations, issued under Section 103 of the Electronic and Postal Communication Act, 2010, adopted in July 2020, and announced through Government Gazette on Government Notice No. 538.

There are several main differences between the 2018 and 2020 versions of EPOCA.

Any person who provides network services without obtaining any relevant individual license, commits an offense and shall be liable upon conviction to a fine of not less than 6 million Tanzanian shillings [ $2,587 United States dollars] or imprisonment for a term not less than 12 months or to both.

Secondly, the TCRA expanded a more detailed list of “prohibited content” including, among other things, content that motivates or promotes phone tapping, espionage, data theft, tracking, recording or intercepting communications or conversation without right.

Thirdly, EPOCA 2020 also reduced the amount of time that a license-holder has to respond to prohibited content violations by suspending or terminating an account. Under 2018 guidelines, a license-holder had 12 hours. In 2020, under Part III, Section 11, the response time is reduced to two hours. Failure to comply within this time frame gives authorities permission to intervene, either by suspending or removing an account.

Global Voices spoke with several legal and human rights experts who have condemned EPOCA 2020 revisions, saying it undermines both digital rights and civil society protections. They argue that these regulations further repress digital rights and deter bloggers and writers from owning their online content.

The biggest problem here is that these powers contain no safeguards against abuse, and with the current situation, they certainly have the effect of stifling legitimate freedom of expression in Tanzania, said one human rights professional who asked to remain anonymous.

Post-Magufuli: The future of digital rights in Tanzania

In the aftermath of Magufuli’s unexpected death, many now wonder about the future of digital rights in the country — after six years of increasingly authoritarian-style leadership.

The regulations are not fair as anyone can be criminalized, because not many citizens understand the implications of these regulations.

Another suggested that the government finds social media to be an “annoyance.” He warned citizens to take precautions when speaking out on public platforms because the government can legally access all their details through the platform host.

EPOCA 2020 makes it “virtually impossible” to remain anonymous online, under Regulation 9(e), “coupled with the requirement imposed on the internet café providers to register users via recognized IDs, assign static IP addresses to their computers and put camera surveillance to record the activities in their premises,” according to this analysis by the Media Council of Tanzania.

Yet, the Tanzanian government is obligated to respect and uphold rights to freedom of expression and association of all persons — including members of the media, civil society, and the political opposition, according to Tanzania’s constitution as well as international and regional treaties. These rights are also essential to the exercise voting rights.

Tanzania is at a crossroads with digital rights.

Under newly sworn-in President Hassan, will the ruling Revolutionary Party continue to silence and repress digital rights in the country?

Editor's note: The author of this post wishes to remain anonymous due to security concerns. 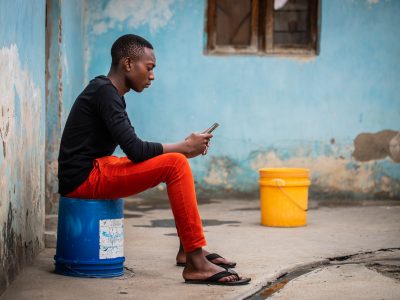