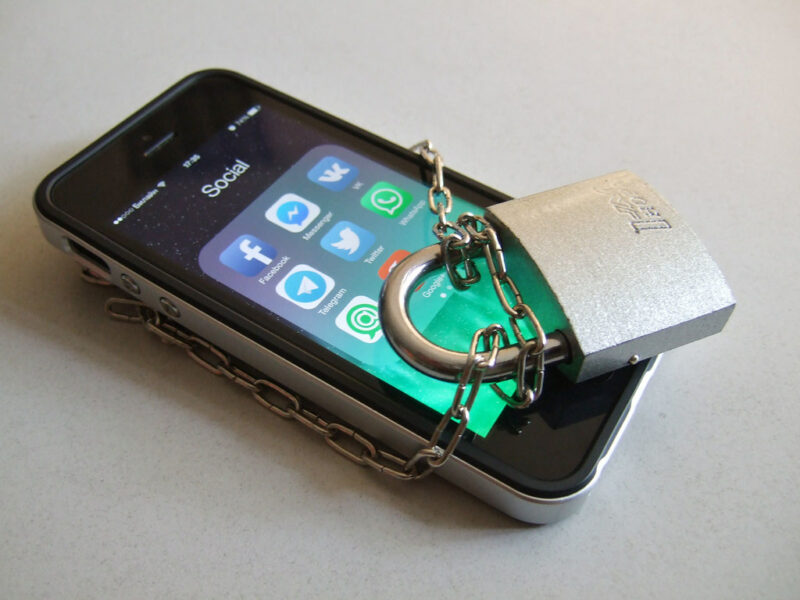 Kazakhstan's parliament has passed a bill, “to protect children's rights,” that will restrict the activity of social media companies, the latest of a number of moves to restrict and control social media activity in the country.

In Kazakhstan, widespread internet penetration, accompanied by scarce trust in traditional media, make messaging services such as Telegram and Signal, in addition to Facebook-owned WhatsApp, Messenger, and Instagram the preferred way to communicate, spread news, and, in some cases, mobilize.

The proposed amendments to the law “On the Protection of the Rights of the Child” would force social media companies to remove content flagged by the local authorities as potentially harmful for children within 24 hours. Failure to comply would result in a complete shut-down of the service.

Aidos Sarym and Dinara Zakiyeva, MPs for the Nur-Otan ruling party, said that their initiative is not directed against social media companies. Their first aim, they told media, is to keep children away from potentially harmful content.

Sarym said that the other proposed amendments to Kazakhstan's legislation that were adopted in the bill “are more important and significant than the clickbait argument about ‘shutting down social networks’.”

Other proposed amendments include obliging social media companies to open a representative office in the country and officially register their company. Foreigners and foreign residents would not be allowed to act as official representatives of these companies.

In a Facebook post, Zakiyeva said that this is in line with global practices and aimed specifically at the protection of children.

First, opening a representative office will not be a problem for large companies. Second, this is global practice, applied, for example, in France, Germany, and many other countries. I would also like to note that these amendments were considered by all government agencies and were recommended by the government within the framework of the working group on the issue of protecting children from cyberbullying.

Kazakhstan's parliament approved the legislative amendments after just one reading, a sign that the government considered the measure expedient. To become effective, the bill will have to be signed by President Kassym-Jomart Tokayev.

Data on youth suicides were used as an additional rationale for stricter legislation. Nurlan Nigmatullin, president of the parliament, said in an interview that 143 people under 18 committed suicide in 2020, while 105 took their own life in the first six months of 2021. Bullying and cyberbullying were highlighted as some of the principal triggers for youth suicides.

UN agency for children UNICEF, however, offers a different explanation: “at least 90 per cent of adolescents who committed suicide had depression symptoms and low resilience level.”

Government-affiliated media Kazakhstanskaya Pravda quoted interior minister Yerlan Turgumbayev as saying that “one-third of every case of attempted suicide arise from a conflict with parents or relatives.”

An initiative to mask stricter control

Human rights activist Tatyana Chernobil told Kloop that these measures could be a pretext to extend the state control over communication.

These amendments are very broad in nature and go beyond the interests of children. Virtually everything on the Internet can be placed under the protection of a child.

Days after the parliament approved the first set of amendments, international watchdog Freedom House published its yearly ‘Freedom on the Net’ report, in which Kazakhstan features as a “not free” country.

In December 2020, the government tested the National Security Certificate, a MITM technology enabling it to monitor users’ online activities, in Nur-Sultan. The test made many social media platforms inaccessible to users who did not download the certificate.

MITM, or man-in-the-middle, is a technology that allows the government to observe internet traffic from the vantage point of the middle ground between the user and the content. This kind of MITM attack has been repeated through the years, with decided pushbacks from several web giants who aimed to protect the user experience from government snooping. Kazakhstan also featured prominently in the Pegasus Project, an investigation on a ‘Trojan horse’ software that was installed in the devices of several journalists, activists, and politicians in the country.

Besides widespread monitoring, the Freedom on the Net report highlighted the censoring role that the authorities have played every time unwanted material made it through social media channels.

The authorities use various nontechnical means to enforce the removal of content, including direct pressure on outlets to take down specific material and similar requests aimed at international social media platforms.

Freedom House quoted a 2019 report, in which the Ministry of Information said that “more than 25,000 ‘illegal materials’ were deleted by website owners or administrators” in the previous 10 months. Users who create or interact with such content often risk fines or prison sentences in Kazakhstan.

Similar regulatory acts were adopted in Russia in February with the objective of keeping social media companies in check.

Such pervasive monitoring could result in drastic measures against social media companies that fail to comply with government censorship.