Since October 2017, Mozambique has been experiencing armed conflict. 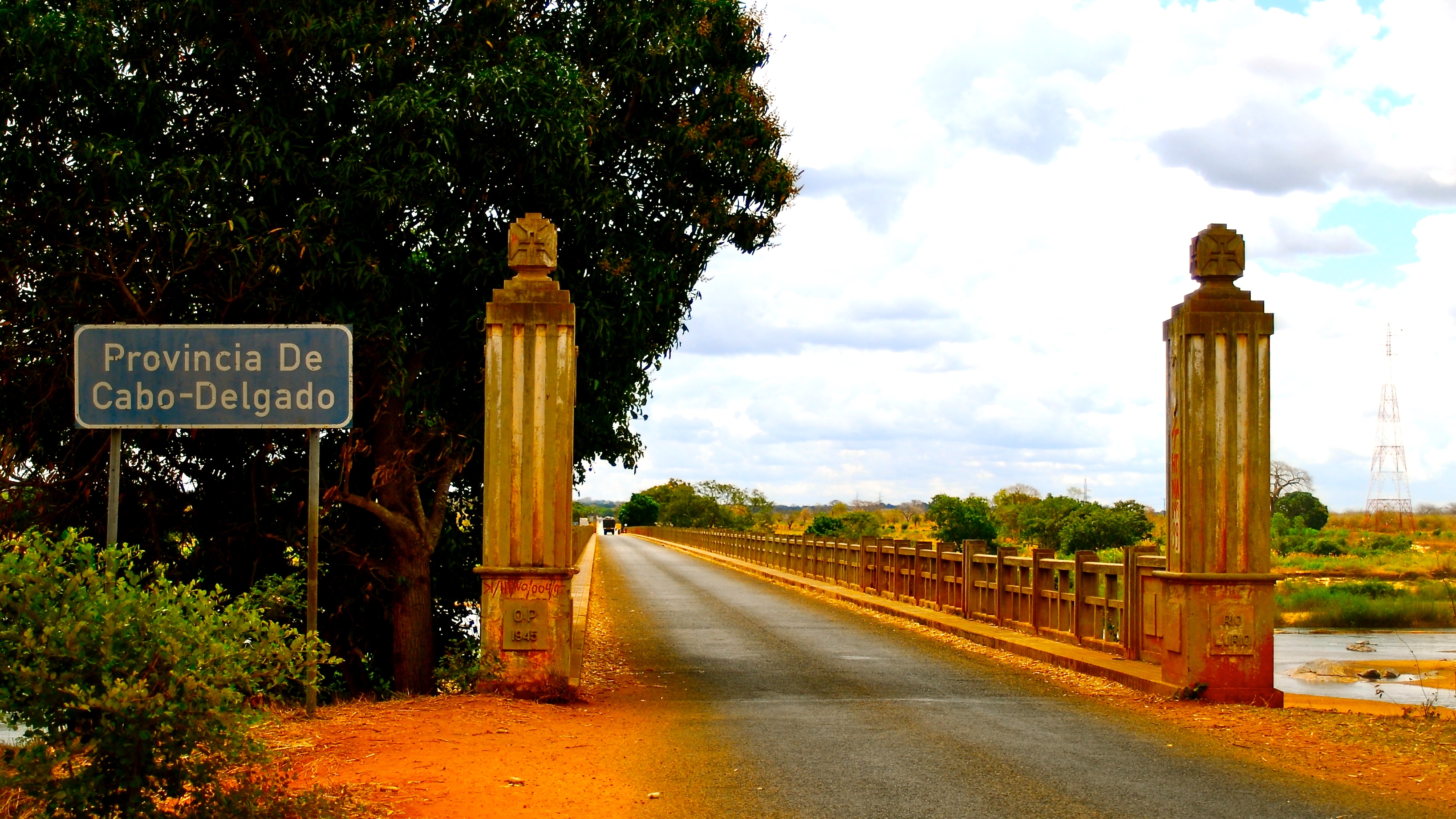 Since October 2017, Mozambique has been experiencing armed conflict in the northern province of Cabo Delgado. Several explanations have been offered about the causes of the conflict, but most remain unverified. Despite claims that the Islamic State is behind the attacks and intends to occupy the gas production areas in Mozambique, neither the perpetrators nor the origins of the violence have been identified. The absence of information creates a context conducive to continued violence because there is no one to hold accountable.

Indeed, lack of information remains a major challenge in Mozambique’s conflict. Government, media and civil society all blame one another for the silence, claiming that there is no information. Civil society has accused the executive arm of government of failing to protect the media, while the media has been labeled a vector for the dissemination of fake news by the government.

As a result, activists and human rights defenders launched a campaign in 2018 to raise awareness of the conflict, denounce human rights abuses, using hashtags and short publications to highlight the humanitarian crisis.

The right to information has been violated during the ongoing conflict resulting in a chilling silence. Journalists have been arrested — and some disappeared — for their work including Ibraimo Mbaruco who has been missing since early 2020. Before his disappearance, he warned through family sources that he had been questioned by both police and military. In February 2021, British journalist Tom Bowker, who had been covering an insurgency in northern Mozambique, was expelled from the country and banned from returning for 10 years.

Right, that's it then! Expelled from Mozambique and banned for 10 years. A politically motivated move, without legal foundation. Thanks to everyone who helped us fight it, and who made the last 6 years so wonderful. Até! pic.twitter.com/X8eEdVSgbA

Similarly, activist Cidia Chissungo got together with Activista Mozambique Movement — a civil society movement — and initiated the Hands for Justice online Twitter campaign:

Are you there?
Can you help me with this campaign?
You Just have to write somewhere #FreeAmade and share it. @FNyusi everyone have the right to know everything going on in the north of the country because #CaboDelgado is also Mozambique.
Lets demand together for JUSTICE pic.twitter.com/L7bKBXhPP9

And the violations are not solely concentrated in Cabo Delgado. In April 2021, police officers detained briefly Hizidine Acha, a journalist for the largest Mozambican private media group SOICO, forcing him to delete images on his phone and camera allegedly showing the officers beating people.

A deteriorating situation at the national level

These attacks on journalists represent an escalation of violations to the right to information in Mozambique. Since 2015, the country has dropped 19 places on the Reporters Without Borders (RSF) Press Freedom Index. And the violations are not solely concentrated in Cabo Delgado.

On December 8, Mozambique was downgraded from “obstructed” to “repressed” in a new report by the CIVICUS Monitor, a research collaboration that rates and tracks fundamental freedoms globally. According to the report, the downgrade springs from unwarranted restrictions on freedom of expression and a deteriorating environment for human rights defenders and civil society. Physical attacks and the intimidation and harassment of journalists and activists have increased all over the country.

But Cabo Delgado remains the region of most concern. In October 2021, Human Rights Watch denounced the lack of access to information during the conflict in Mozambique, saying:

International media groups continue to report unnecessary restrictions in getting permission from state institutions to access districts in northern Cabo Delgado, and local journalists continue to suffer harassment and intimidation from government security forces. We urge the Mozambican government to stop silencing the media in Cabo Delgado, and immediately allow public scrutiny of the military operations in the province.

Internet access is a challenge for many Mozambicans. Only 7 million (21 percent) people of the total population of 31 million use the internet. 3 million are users are on social networks, representing a penetration of 9.5 percent.

However, the internet is frequently used for services like banking and mobile money. Despite their importance to ordinary Mozambicans, these mobile services have been a target for government retaliation, for example, accused of being sources of terrorist financing in Cabo Delgado.

In November 2020, Mozambican President Filipe Nyusi  challenged the Mozambican Armed Forces (FADM) to restore normalcy to conflict affected parts of the country. Notably, he attacked the use of social media to spread disinformation in Cabo Delgado.

“We lament the growing trend towards disinformation and the attempts to manipulate public opinion by inventing facts, which are then publicized by using the platforms provided by social media,” Nyusi said in a YouTube video.

After Nyusi’s pronouncement, the State Information Office created a platform called Credível (credible in English) to monitor the online publication of information. The office said that the verification platform aims to ensure the authenticity of content disseminated by the press or on social networks.

Access to the platform is free, and citizens can share content to this page and quickly expect a response from the person who created the information confirming its veracity. However, so far Credível's inner workings remain secret.

Screenshot of the ‘Credible’ platform. Taken by the author (December 2021). It illustrates news publications with ‘truth’ or ‘lie’ stamps that demonstrate how the government manages its own narrative.It is important to note that Nyusi’s warning against misleading online propaganda comes roughly two weeks after the launch of a new Frelimo (ruling party) website, called Frelimo 1962. This site was established by Defesa MZ, the same organization that in 2020 set up a website called Notícias de Defesa, which publishes news about the war in Cabo Delgado, alongside official statements from the Mozambican ministries of the interior and defence.

The government promotes these two platforms but also uses them to spread the government’s own narrative about the conflict, even while still using and criticising other social media.

In response to the president’s declarations, MISA Moçambique, a regional civil society organisation working on the protection and defence of information said that it feared that such statements may be interpreted as an order to persecute all media organisations offering views not aligned with the official narrative. “This order poses a threat to press freedom,” said their statement, “especially in a context where journalists in Cabo Delgado have been victims of persecution, including arbitrary arrests and kidnappings.”

The civil society group Center for Democracy and Development (CDD)  condemned the media-related attacks and advised journalists to continue performing their duty of informing the public. The organisation further challenges the state bodies responsible for ensuring the independence of the media to publicly condemn threats to silence journalists through extra-judicial means.

In the absence of verifiable information, citizens fear a proliferation of misinformation regarding the conflict, warning on social media:

These concerns are not unfounded. In 2018, Mozambican national television station Televisão de Moçambique aired a video claiming responsibility for the attacks in Cabo Delgado. On the TVM broadcast, a group of men assumed responsibility for the murder of 10 local citizens at the administrative post of Ulombe (also spelt Ulumbi, Olumbe or Olumbi) in the district of Palma.

The individuals in the video had covered their faces and brandished AKM-type weapons, claiming admiration for Allah. They were presented by TVM as the organisers of the barbaric attack. However, it turned out that the video was fake, even though it circulated on social networks in January 2018, according to the Facebook page of Borges Nhamire, a researcher at the Centre for Public Integrity.

Misinformation endorsed by official sources, combined with government-imposed narratives, have turned the situation in Cabo Delgado is denying Mozambicans their right to reliable information.