"How could you think we would accept your unjust invasion" 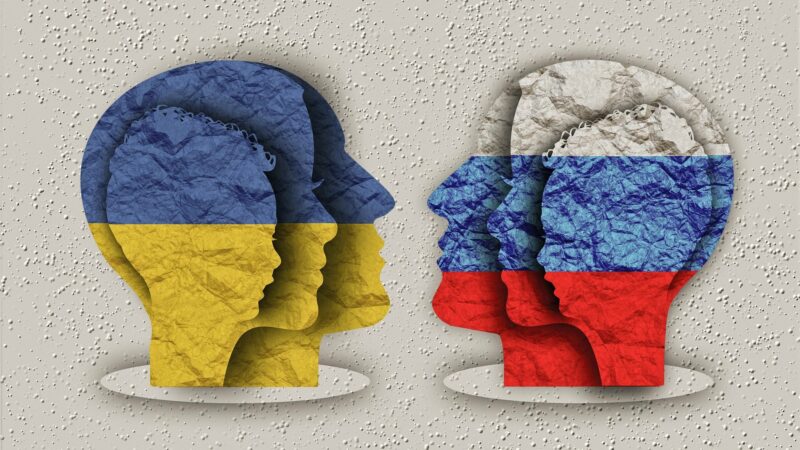 Image by Geralt by Pixabay. Used under a Pixabay License.

On Sunday, March 13, 2022, the Russian Ambassador to Bangladesh Alexander V. Mantytskiy accused Bangladesh newspapers and broadcasters of taking a “biased approach” in their coverage of the invasion of Ukraine by Russia. He claimed that a section of Bangladeshi media was peddling “anti-Russian propaganda” from Western media.

Historically Bangladesh holds a good relationship with Russia. But after Russian soldiers marched into Ukraine on February 24, 2022, Bangladesh expressed grave concern and “urged all parties to exercise maximum restraint” and resolve the crisis diplomatically.

In the open letter to editors of print and electronic media, the heads of radio and TV broadcasters, the ambassador termed the media coverage as “deliberate efforts” to undermine Dhaka-Moscow relations. The letter was shared via the official Twitter account of the Embassy of Russia in Dhaka, Bangladesh:

The letter from H.E. Mr Alexander #Mantytskiy, Ambassador of Russia to Bangladesh, to the editors of local media.https://t.co/M5UQ8MHYsi pic.twitter.com/n9hia5oata

The Ukraine crisis in Bangladesh media

Although Ukraine is far from Bangladesh and normally far from its citizens’ minds, news about the war has been trickling into Bangladeshi media. During the first couple of weeks of the war, the media was occupied with news of stranded Bangladeshis in Ukraine and their evacuation. Of the 1,000 Bangladeshis stranded in Ukraine, around 900 crossed borders to Poland. India helped to evacuate 9 Bangladeshi students.

On March 2, 2022, a Bangladeshi Sailor was killed when a missile struck “Banglar Samriddhi,” a Bangladeshi merchant vessel anchored at the Black Sea port of Olvia, Ukraine.

#Breaking
A Bangladeshi sailor has been killed after Bangladesh Shipping Corporation's ship “MV Banglar Shommriddhi”, which is stranded at the Olvia seaport due to war, came under missile attack in Ukraine. pic.twitter.com/zwBOpt0yio

Bangladesh reached out to Russia through diplomatic channels to rescue the surviving 28 crew members of the ship, evacuate them to bordering Romania and abandoned the ship. It is unclear which side shot the missile but the Ukrainian navy accused Russia of using civilian vessels as human shields.

But even as the war rages, the soaring prices of edible oils, other food items, and the news of the rising inflation are dominating headlines, eclipsing the war coverage.

The general public is against the war and the sentiment was reflected on Social media. Actress Zahara Mitu wrote on Facebook:

Only!! If only the word “war” had been erased from the face of the earth. World wars, civil wars, wars of the minds would cease to happen…

Let there be peace between Russia and Ukraine.

On March 2, 2022, there was a vote on a resolution in the United Nations General Assembly (UNGA) to reprimand Russia for invading Ukraine and demand the withdrawal of Russian forces. The resolution was supported by 141 of the UNGA's 193 members and Bangladesh abstained along with several South Asian countries.

Pakistan along with India and Bangladesh abstain from voting in UNGA on #Ukraine pic.twitter.com/VMKgYqLud5

The Bangladesh foreign minister defended the decision mentioning that the country is against war. Some commenters mentioned that Bangladesh's position is neutral and fairly balanced considering the history and the large infrastructure projects Russia is helping with, while some commented that its an anomaly.

Some Bangladeshi media professionals disagreed with the Russian ambassador's claims and argued their coverage of the war in Ukraine was fact-based.

Golam Mortoza, the editor of the Daily Star newspaper (Bangla version), told German media Deutsche Welle (DW) that an ambassador of a foreign country should not dictate how Bangladeshi journalists do their job.

Ali Riaz, an educator at Illinois State University, mentioned to DW that the ambassador's reaction was unprofessional and his perceptions skewed.

Actually It's not faults of our media. Problem is they didn’t understand global politics. Their primary international news source is Western media

@ahmedka1 vai writes why @RussEmbDhaka ‘s open letter to media is “unexpected”. He reminds his readership, it was not Russia alone but Ukraine also as the part of the then USSR supported the birth of Bangladesh in 1971. He considered the letter a covered threat to 🇧🇩 news media. pic.twitter.com/qoHhOh05E4

Yeasin Arafat, a Bangladeshi Expat in Kuwait, commented on Facebook:

How could you think that we would accept your unjust invasion of Ukraine, just because you helped us in 1971? I personally strongly condemn this aggression. Once we were oppressed, now I am happy to be by the side of the oppressed people, will also be in the future – no matter what the country.

As there is a significant trade ongoing between Russia and Bangladesh, the country is worried about how the Western sanctions against Russia will hurt its economy. According to the State Minister of Foreign Affairs, the trade relations between Bangladesh and Russia will continue, especially the 2.4-gigawatt nuclear power plant in Rooppur, being built by the Russian Rosatom State Atomic Energy Corporation.

Russia recently sent some components to the Rooppur plant by air and will continue to use this form of transport if the shipment by sea is deterred due to the sanctions.

In a recent development, Bangladesh suggested to Moscow to use a barter system for payment to bypass the ongoing Swift ban against Russia.