Government control is threatening take over all service providers 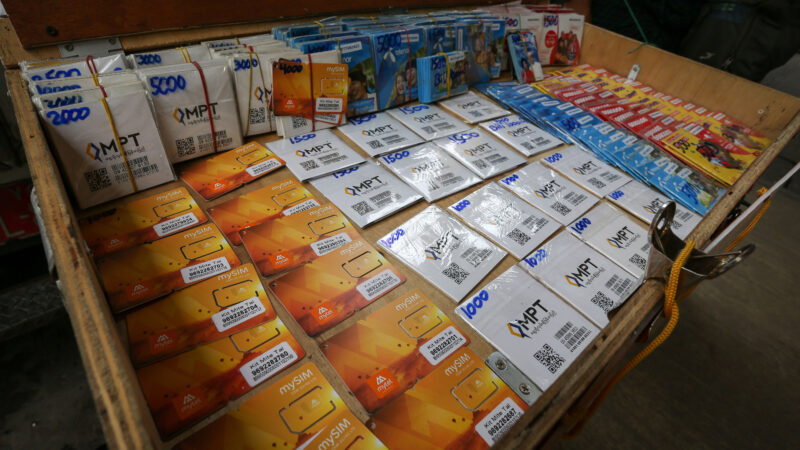 Myanmar was long considered a pariah state while under the rule of an oppressive military junta from 1962 to 2011. The country was opened for democratization in 2011, followed by multi-party democratic elections in 2015, which was a turning point. Led by the civilian government, the country’s poverty fell from 48 percent to 25 percent between 2005 and 2017. The de-facto leader, Aung San Suu Kyi, led the democratization of the country from 2015 to 2020, the first term for her cabinet. However, the optimism of democratization was destroyed by the military coup on Feb 1, 2021, right after Aung San Suu Kyi’s National League for Democracy (NLD) won the 2020 election by landslide. Before starting their second term, most of the leaders of NLD, including the President U Win Myint and the State Counselor Aung San Suu Kyi, were thrown into jail by the power grabbing military.

But democracy did not extend to the internet. Myanmar has faced surveillance and censorship in its digital spaces since it opened the internet to the public in the early 2000s. In 2007, after the saffron revolution, the publicly accessible internet was restricted through internet shutdowns, website censorship and phone tapping. Before the coup in February 2021, the NLD-led government had imposed a 20-month-long internet shutdown in the states of Rakhine and Chin, one of the longest internet shutdowns imposed in the world.

In 2017, the ministry of transport and telecommunication sneakily spent USD 6 million from the President's Office’s special fund to set up the Social Media Monitoring Team to monitor the use of social media in Myanmar. However, the government has never released any information about the 6-million-dollar project, and it remains a mystery to the public.

The military’s strategy of surveillance, overall, has shifted towards exerting power over the whole information arena. Right after the coup, the military started to practice total internet blackouts, then, nightly internet blackouts, then, infrastructure based blackouts (only FTTH services are available). Most recently, they use location-based blackouts in places with high battle intensity. The prior experience of internet shutdown in Rakhine and Chin states in 2019 and one year of intensive practices of shutting down the internet seem to have given the military an articulated knowledge and practice of internet shutdown that has made recent shutdowns more precise and accurate.

Then, the military crushed press freedom by committing ferocious atrocities upon journalists. In March, 2021, the military revoked the media licenses of five major media outlets: Democratic Voice of Burma, Myanmar Now, Mizzima, Khit Thit Media and 7 Day News. In December 2021, a freelance journalist Soe Naing was killed after four days of torture. He was just taking photos of the silent strike from his apartment. Not long after that, in 2022, Pui Tuidim, one of the founding members of Burma News International (BNI), and Sai Win Aung, an editor of the Federal News Journal, were shot to death by the military in Kayin State’s Myawaddy Township and Chin State’s Matupi Township respectively.

Surveillance technologies provided by other countries in the name of democratization put the military’s surveillance capability on steroids. Justice for Myanmar reported a list of companies that provide surveillance equipment and services to the military. For social media surveillance and device forensics, the military uses technology from MSAB (Sweden), Open Text (Canada), BlackBag/Cellebrite (USA/Israel). Technologies from Lumex Instruments (Canada), Midian Electronics (USA), Hytera (China) and Icom (Japan) are for police communications. Software from DataWalk (USA) and VMware (USA) enables big data and police IT systems.

The military-formed State Administration Council (SAC) imposed a series of legal manipulations and abuses to exert power over the internet. First, it tried to resurrect the previously unapproved Cybersecurity Law to criminalize online mobilizations, to penalize the usage of VPNs and to control user data. The Broadcasting Law was also amended to oppress democratic online media outlets. The Privacy Law was also amended to eliminate lawful interception regulations and limitations on government data requests from the telecoms. The infamous Electronic Transaction Law, which has been used to arrest human rights activists, was also amended to to legally criminalize activities such as posting and sharing any content that criticizes the military and the SAC on social media.

The military and its affiliates are trying to monopolize the telecom market. On January 21, 2022, Reuters reported that the SAC approved the joint acquisition of Telenor Myanmar by the military-backed Shwe Byain Phyu company and the Lebanon based M1 Group. There are four major telecom operators in Myanmar: Myanmar Post and Telecommunication (MPT), MyTel, Telenor and Ooredoo. MPT is jointly government-owned and MyTel is solely military-owned; now they are also trying to acquire Telenor, so only Ooredoo will remain standing as a non-military/non-governmental operator in the country. The people of Myanmar filed a data protection complaint against the Norwegian company Telenor where 694 civil society organizations signed a petition asking for transparency on how Telenor will handle the transfer of the data of 18 million users. However, if the acquisition is made, 75 percent of the telecom sector will be controlled by the military and its affiliates. On the other hand, Justice for Myanmar’s “Nodes of Corruption, Lines of Abuse” report said that the military has the capacity to conduct spectrum monitoring, which can surveil not only over the internet but also other wireless communications, allowing it to track people who are attempting to mask themselves to resist digital repression. The combination of control of 75 percent of the telecom sector and the spectrum monitoring capacity will boost the military’s surveillance capability sky high.

The military also made internet prices rise, erecting barriers to accessibility. On January 6, 2022, the SAC amended the Union Tax Law and came up with the “Law Amending the Union Tax Law 2021” which imposed a tax of MMK 20000 per SIM card activation — 13 times higher than the original SIM price. The law also imposed a 15 percent tax on the revenue of Internet Services Providers (ISPs), causing enormous price hikes.

Despite the terrible digital repression, internet-mediated public mobilization is getting stronger. Pro-democracy forces are constantly circumventing internet access, and access to social media platforms to organize public anti-coup movements. Crowdsourced financing programs have become a popular way to support the parallel government, the National Unity Government (NUG), which is standing against the SAC. Telegram has become one of the major platforms for public mobilization and scouting. Public information operations to avoid and map out the military forces have taken place on public Telegram channels, which are working quite effectively. Strikes, flash mobs and township-level protests are being organized through those public channels.

The digital resilience of its society will play as one of the determining factors of the revolution of Myanmar. This scenario of digital repression is one of the many manifestations that indicate that cyberspace has become a new sovereign territory different from land, sea and air. Information freedom, internet freedom, digital literacy, and media literacy cannot be taken for granted anymore as they now have an impact on people’s physical and digital survival. Therefore, Myanmar’s ongoing revolution to fight against the military’s dictatorship is not just physical anymore — the fact is that whoever harnesses the power of technology in the right way will become the game changer of the revolution.