The city will require more PCR tests and movement restrictions 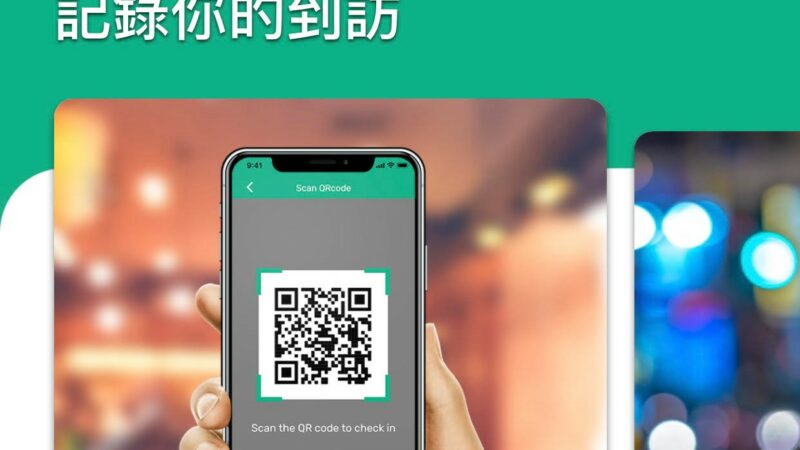 Screen capture from the Leavehomesafe App.

The following edited version is based on two reports written by Almond Li and Peter Lee in the Hong Kong Free Press (HKFP) on July 11, 2022. It is published on Global Voices under a content partnership agreement with HKFP.

While Hong Kong is one of numerous nations requiring a contract tracing application to slow the spread of COVID-19, thus far, citizens have been able to protect their privacy by using monikers, and all the app data was stored in the user's own phone.

However, the new government under the newly inaugurated Chief Executive John Lee is changing these policies and requiring real-name registration in the app, which some are concerned may pose a privacy threat. The city will also adopt a health code system similar to the one used in mainland China in a bid to curb the latest COVID spike.

Hong Kong will implement real-name registration for the contact-tracing LeaveHomeSafe app and use China-style health codes to “identify” those infected or undergoing quarantine, according to an announcement by the new health chief Lo Chung-mau on July 11, 2022. The LeaveHomeSafe app will be updated with the changes “as soon as possible.”

After the “update” the LeaveHomeSafe app will require users to register with their real names and associated identity documents and it will generate a colour code that categorizes users according to their health risk.

Lo Chung-mau added that starting July 12, individuals who test positive for COVID-19 will be required to wear an electronic bracelet to ensure they do not leave their homes while infected.

Lo explained that with the real-name system in place, users who test positive will receive a red code and they will not be allowed to leave their homes or enter venues like hospitals and nursing homes.

All arriving travellers and close contacts of COVID-positive patients will get a yellow code. Lo did not explain what the yellow code would entail specifically in terms of mobility and business access.

While the proposed real-name registration, venue check-in and health code system are similar to mainland Chinese health code and location tracking apps, Lo stressed that the upgrade was to “identify confirmed cases and people required to undergo quarantine, not to track them.” Lo said:

It will not restrict the freedom of most people, who are neither infected nor required to isolate themselves either.

China has some of the strictest COVID-19 restrictions and contract-tracing systems in the world. The three-colour health code system facilitated a controversial city-wide lockdown in Shanghai earlier this year and other lockdowns are still ongoing. Only people with a green code can move around the city. However, very often, if a single positive case is found in a residential building, all residents receive a yellow health code and are unable to leave their residential campus until all building residents have negative PCR test results for one whole week.

Hong Kong’s pro-establishment lawmakers pushed for the city to adopt a mainland-style code system early in the pandemic in 2020. However, there was strong public pushback. The now-jailed activist Joshua Wong, for example, commented on Facebook that digital health surveillance was comparable to “electronic handcuffs.”

Lo explained on a TV programme on July 10 that the current system has no mechanism to bar people who are infected from entering some venues and hence the current practice was “unfair” to other people. He then argued that the shift to the real-name registration requirement of the LeaveHomeSafe app is to set up an effective means “to notify the public of the health risk they may face.”

The mass compulsory PCR test is a key strategy in mainland China's Zero-COVID pandemic control strategy, while in the case of Hong Kong, compulsory testing is not a mandatory regulation.

Lo forecasted on the TV program that Hongkongers may also be asked to do PCR tests more frequently, especially those considered “high risk,” such as healthcare workers. The frequency would be once a week, or up to every 48 hours. The real name LeaveHomeSafe and colour health code system would compel those who have a red or yellow code to conduct PCR tests in order to lift their restrictions.

Lo explained the rationality for the change:

In fact, those who are infected are the minority, [whilst] the majority of people are not infected. If we allow the infected to roam freely, the freedom of the non-infected would be jeopardised.

The health chief told reporters on July 11 that the authorities would not give out red codes “for no reason,” adding that he hoped citizens would not be “misled” into thinking that their code would turn arbitrarily turn red or yellow.

Hong Kong reported 2,992 Covid infections on Sunday, July 10, with more than 2,700 of them locally transmitted. The Centre for Health Protection warned that the number of infections may double in the coming week or so as the current trend shows that Omicron BA.5 variant is driving COVID reinfections.