An excerpt from Advox research on digital authoritarianism in Brazil 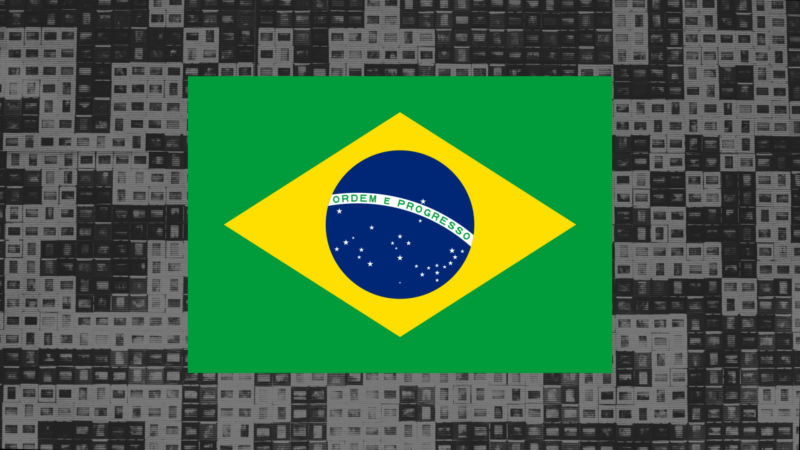 Authoritarian regimes have long had a complicated relationship with media and communications technologies. The Unfreedom Monitor is a Global Voices Advox research initiative examining the growing phenomenon of networked or digital authoritarianism. This extract, about Brazil's struggles with electoral democracy, is from the series of reports to come out of the research under the Unfreedom Monitor. Read the full report here.

Under the presidency of Jair Bolsonaro, Brazil, Latin America's largest democracy, has seen unprecedented increases in threats to citizens’ fundamental rights. Digital rights have not been an exception. Technoauthoritarianism in Brazil must be viewed as a multifaceted development and one that is not undertaken by the federal administration alone.

Across the country, states are making unlawful use of civilian data for surveillance purposes and adopting facial recognition technologies, a worrying event in a country that has a history of discriminatory policing where over half of the population is Black. From inside the presidential palace and around Brazil, Bolsonaro and right-wing allies are using social media tools to advance personal interests by sponsoring disinformation campaigns and enabling targeted attacks against opponents and journalists. When targeted by social media moderation, the president tried to overturn the way platforms operate in Brazil with a provisional measure — a largely opaque, authoritarian and unilateral tool.

As if the scenario weren't concerning enough for digital rights, journalists around the country are facing a tidal wave of attacks, harassment and smear campaigns, many of which are perpetrated by elected authorities. These attacks have a clear gendered aspect to them, as women journalists are not only targeted more frequently, but more violently. Since Bolsonaro ascended to power, the country has fallen to 110, more than 10 positions in the Reporters without Borders international ranking on press freedom.

Put together, these developments, which mine civilians’ fundamental rights, add to the enormous challenge Brazil's young democracy is set to face this year. In October, the country will hold its most important and sensitive general elections since democracy was restored after the military dictatorships in the second half of the 20th century.

Brazil is a representative democracy under a federal presidential constitutional republic system. Elections are held every four years and re-election is possible once. The current president is Jair Bolsonaro, a far-right politician who has been in politics for over 30 years, serving as a federal deputy for Rio de Janeiro state before becoming president. Bolsonaro was elected in 2018 against Fernando Haddad, the Workers’ Party candidate.

Though Brazil is still a democracy, experts and campaigners say the country’s democracy is in its most fragile state since the end of the military dictatorship in 1985. Bolsonaro’s administration has had the highest number of military personnel working within the executive branch since Brazil’s democratic transition. The president and his allies have on more than one occasion, made public remarks doubting the legitimacy of the electronic vote, attacking Supreme Court justices, and raising the possibility of military intervention if the election does not unfold as he desires.

The year 2013 was a watershed for Brazil and the origin of the current political uncertainty. Demonstrations erupted around the country in June of that year, with protests initially directed towards an increase in public transportation fares. The movement soon incorporated other grievances, such as police violence, low public spending on health and education, elevated spending on the World Cup and the Olympic Games, and governmental corruption. While the movement was successful in reversing the public transportation fare increase, many other grievances were left unsolved, which represented a rupture in support for representative politics among Brazilians. With a very diffuse agenda and no clear leadership in the protests, the movement was captured by both leftist and right-wing groups.

These right-wing groups remained mobilised and were able to stage protests in subsequent years focused on claims of governmental corruption, the framework of the World Cup investments, and a generalised dissatisfaction towards the Workers’ Party governments, led at the time by former president Dilma Rousseff. Some demonstrations were also held in support of the Car Wash movement, a criminal investigation by the Federal Police focused on money-laundering schemes and corruption within Brazil’s state oil company. In 2015 demonstrations turned to focus more strictly on Dilma Roussef’s government and lent support to her impeachment in August 2016, considered by many a coup.

While Rousseff was on trial, the Car Wash investigation was ongoing, specifically targeting politicians associated with the Workers’ Party. Over 7 years, the probe arrested and condemned over 100 people, many of them notable politicians who had played important roles in Brazilian politics. Among these was former president Luiz Inácio Lula da Silva.

The June 2013 demonstrations, followed by Rousseff’s impeachment and Lula’s arrest, empowered right-wing groups who had rallied on those demands. Soon, actors claiming military intervention and defence of Brazil’s military dictatorship — voices that were once peripheral to the demonstrations — began taking centre stage. Buoyed by the skillful employ of social media for organisations, these demands gained traction. These groups found in Jair Bolsonaro, supposedly an anti-establishment candidate, the personification of these grievances and a belief that he could “clean the mess” left by Workers’ Party governments.

By 2018, Brazil had broken into three clear groups: a pro-Bolsonaro group, a pro-Lula group, and a neither-nor group, which failed to see themselves represented in either of the two leading candidates. Bolsonaro was elected in the second round with 55 percent of the valid votes. With his election, Bolsonaro’s elevated many regional candidates who had similar ideas. This represented a shift in Congress’ composition, with new conservative actors allied to the president taking seats.

Since taking office, Bolsonaro and his allies, demonstrating their lack of political skills, have not been able to get Congress to approve many bills that are important to his base. His economic agenda has failed to revamp Brazil’s growth and has thrown the country into a deep economic crisis and aid programs rolled out amid the pandemic have provided some, but insufficient, support for low-income families. Under his administration, which is strongly aligned with agribusiness groups, environmental conservation efforts have been reduced drastically and deforestation has peaked to record levels.

Bolsonaro saw his popularity plunge during the COVID-19 pandemic, during which he and his allies downplayed the severity of the virus, adopted a denialist stance towards lockdown and isolation measures and acted to hinder Brazil’s access to vaccines. Nonetheless, the president has been able to conserve a share of his electorate, part of which is very radicalised, echoing anti-democratic rhetoric against the Supreme Court, leftist politicians, journalists, and activists.