"The world is talking about the explosion while Turkey cannot" 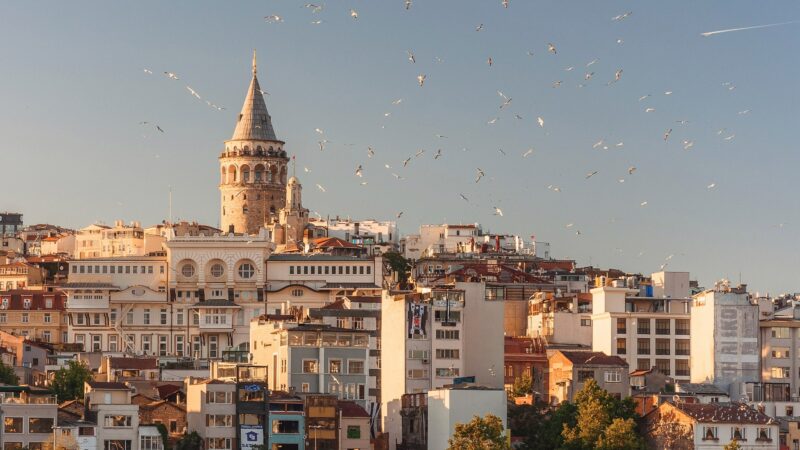 Image by Anna Berdnik. Free to use under Unsplash License.

On November 13, Turkey's largest city, Istanbul, was rocked by news of a deadly explosion on Istikal, the city's busiest pedestrian street. While details of the explosion are still under investigation, officials say at least six people were killed and 81 injured as a result of the blast.

While journalists are at the forefront of those being targeted, the bill's vague definitions may also allow for social media users to be held accountable for any post they share. “Any social media platform user will be held liable within the premises of this law for any post/tweet/share,” explained Emre Ilkan Saklica, head of editorial at the fact-checking platform Teyit.org in an interview with DW Turkish.

A broader media ban has been issued in relation to the explosion in Istanbul this afternoon by a the Istanbul 10th Criminal Judgeship of Peace. https://t.co/xWZJHBtble

Turkish online news platform Gazete Duvar, ran a story with a headline, “The world is talking about the explosion while Turkey cannot,” featuring a collection of tweets by prominent civil society representatives discussing the throttling and access ban.

The whole world is talking about the bomb that exploded in Turkey right now, except Turkey. Because we have a broadcast ban, and an access ban. If this is not enough, there are criminal investigations opened against those who have written about the explosion. The whole world can write about Turkey, but the citizens of the Republic of Turkey cannot write or hear what is written.

The biggest damage to Turkey; instead of ensuring the safety of people's lives, this sick mentality hastily imposes a broadcast ban on the news of the explosion and slows down the internet #taksim

I can share this tweet thanks to VPN. Those who impose a broadcast ban, supposedly so that the public does not panic, are scaring everyone more by suppressing all the media.
@tcbestepe [Turkey's Presidential Office]do not undermine the public's freedom of information, do not scare the nation.

While many users of social media platforms reported having difficulties accessing the platforms, others also voiced concern over such forms of censorship repeating during upcoming election, next year.

the explosion on Isiklal turned into an opportunity for internet censorship. it also signaled that there may be internet censorship on election day. opposition parties must anticipate this and find solutions to this as they would for [finding solutions] to protect ballot boxes.

Turkish political scientist Soner Cagaptay told The Guardian the media gag order and ban on social media platforms would only backfire. “I think it’s a troublesome trend as people want to get news. Whenever you crack down on press freedom in a breaking news environment, where mainstream outlets are prevented from covering this, the trend is that people go to alternative sources. There’s always a danger of fake news spreading whenever the government tries to clamp down on news stories,” said Cagaptay.

According to local reports, the explosion occurred at 16.20 local time. In a statement, Turkey's President Recep Tayyip Erdogan said the explosion “smelled like terrorism.” Vice President Fuat Oktay said the act was being evaluated as an “act of terror.” The Justice Minister Bekir Bozdag said there were two possibilities based on obtained CCTV camera footage where a woman was captured carrying a bag and wearing military fatigues. “Either there was a [bomb] set-up in that bag and it detonated, or someone detonated it remotely,” adding “it is considered to be an act of terrorism. Which terrorist organization it is will be identified as a result of the investigation. There is no conclusive data at the crime scene other than fragments.”

Turks are not unfamiliar with deadly explosions and acts of terrorism, which have rocked the country since 2015. In 2016, a suicide bomber with links to IS killed five and injured 36 on Istikal. Another suicide bomber killed 13 in Istanbul's Sultanahmet district the same year. The list goes on.

In an interview with The Guardian, Cagaptay, said, “Without knowing who is behind this attack, the fact that this is the first terror attack in six years brings back terrible memories of the 2015-16 period when hundreds died across Turkey.”