This does not bode well for the elections coming in 2023 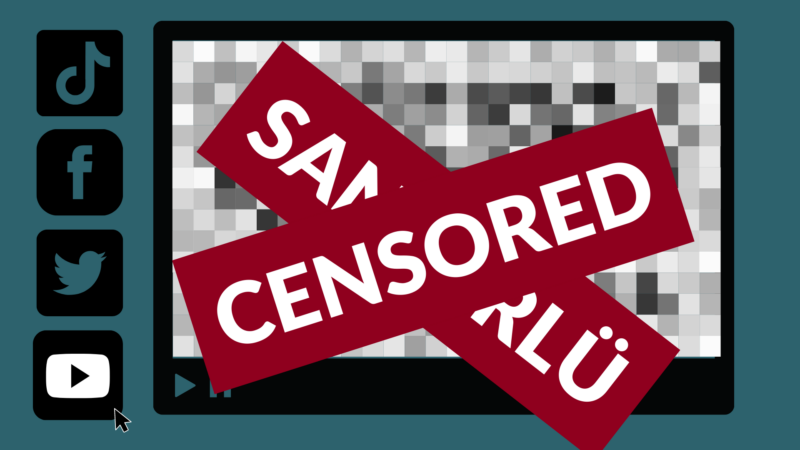 Metin Cihan is a Turkish journalist who has long been engaged in exposing corruption among government officials. On July 17, 2022, Twitter restricted his Twitter account on the grounds that the journalist shared private information, even though none of the information he shared was private. In his tweets, Cihan exposed businesses, names, affiliations, bank account information, and tenders related to the Canikli Files — named after politician Nurettin Canikli, who has been involved in far-reaching corruption in Turkey.

In the context of Turkey and platform accountability, Cihan’s Twitter ordeal illustrates how far the state is willing to go to silence independent journalism in Turkey and how platforms like Twitter are becoming complicit in helping the state do so.

Twitter unveiled a tool that allows it to censor content on a country basis in 2010. At the time, the platform may not have completely envisaged how its tool could be abused by a number of increasingly authoritarian countries where social media platforms have been targeted by the authorities in the face of growing crackdowns and censorship.

In fact, one of the Turkish government’s tactics to silence users on the internet and deny them their right to access information, is submitting requests to Twitter and other platforms to withhold content deemed in violation of its local laws. As a result, it is not surprising that, according to the most recent Twitter transparency report, Turkey was the fourth largest requester of content removal requests, accounting for some nine percent of global legal demands. “Turkey dropped to Twitter’s fourth largest requester. This is due to the Turkish government submitting 21 percent fewer legal demands. Despite this decrease, Turkey actually increased the number of accounts specified in their requests by 24 percent,” the report said.

The Turkish government repeatedly refers to domestic legislation such as Law No.5651 and others to request platforms to carry out censorship on their behalf. While the Turkish state has been explicit in its intentions, the social media giants don't seem to understand the impact of their compliance on media plurality and diversity of voices and opinions in Turkey.

In addition to laws already in place, the national legislators have already approved 14 out of 40 items proposed in a controversial new law on disinformation. If all of the proposed articles are adopted, users of social media platforms in Turkey will face further penalties over what the bill vaguely describes as public order, national security and public health.

Take Mukremin, a social media phenomenon for instance. Nine months ago, Mukremin, a trans woman, decided to come up with a theatrical performance of telling her followers that she was pregnant. After Mukremin shared the final video from the hospital where she gave birth to a healthy baby, the account as well as the hospital were reprimanded. The hospital was sealed shut by the authorities and Mukremin's TikTok account was blocked in Turkey. And the platform compiled. The grounds for these actions remain unclear but in a country where even Spotify playlists get censored, or a music video about love between two gay men draws backlash, the decision to block Mukremin’s account is not that surprising.

Another unsurprising example of censorship is how Facebook complied with the government decision to block access to the pro-Kurdish news agency Mesopotamia’s Facebook page in the absence of any explanation. Despite attempts to recover the page, the social media platform never reinstated the page.

Perhaps one the best examples to illustrate how social media platforms are complying with state requests to censor content in Turkey concerns Sedat Peker, a mafia boss, who was found guilty of organised criminal activity twice and currently is on an Interpol red notice. In May 2021, Peker started sharing videos on YouTube about murky links between the ruling party's senior officials and the mob, and targeting some of the high-ranking government officials in a series of revelations. The most recent corruption claims by Peker were shared via Twitter in a series of tweets, exposing Erdoğan's adviser Serkan Taranoglu, former Capital Markets Board chair Ali Fuat Taskesenlioglu, ruling party member and MP Zehra Taskensenlioglu and formerly independent newspaper but in recent years switching sides and becoming a pro-government daily Huriyyet columnist  Burak Tasci. Following the revelations, Taranoglu quit. He also quit as deputy president of the AKP’s local administrations and member of the party’s governing council. The state was quick to respond, blocking access to news about the recent allegations. Twitter also blocked access to tweets about Zehra Taskensenlioglu.

The disinformation bill also comes at an important time in Turkey, as the country and its voters get ready to vote in a general election in 2023. In an interview with Euronews, Suay Boulougouris, a Programme Officer for Article 19, said, the vague language of the law can imply “that literally any information critical of the government can be seen as disinformation. We do not see this as a genuine attempt to tackle disinformation, in fact it's tackling any criticism ahead of massively contested elections in 2023.”

In another scenario, Turks may be left without any social media platforms at all, ahead of the elections. According to internet freedom advocate and lawyer Kerem Altıparmak, previously failed attempts to align social media companies may actually yield results this time around effectively leading to the blocking of platforms like Twitter altogether.