Once a tool for organising, the internet is now a weapon 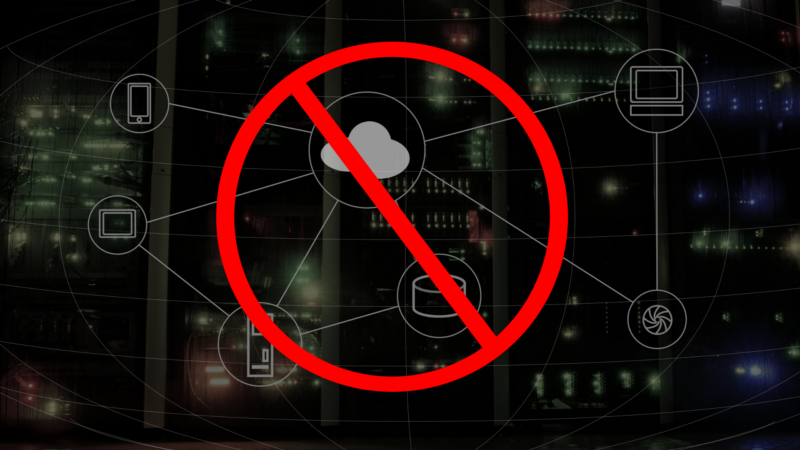 In 2011, the United Nations declared internet access a basic human right, arguing that depriving individuals of connectivity violates human rights and international law. The report was issued the same day two-thirds of Syria's internet access was abruptly shut down without notice. In his report, the Special Rapporteur on the promotion and protection of the right to freedom of opinion and expression, Frank La Rue, underscored “the unique and transformative nature of the internet not only to enable individuals to exercise their right to freedom of opinion and expression, but also a range of other human rights, and to promote the progress of society as a whole.”

The growing number of demonstrations across the globe has brought to light the intrinsic relationship between the internet and civil society mobilization on issues related to justice, equality, accountability, and human rights. As the web becomes a witness to rights abuses on the ground, the rise of the human rights–internet nexus has increased the scholarly interest in how traditional human rights issues play out in the digital realm. Many argue that new technologies empower civil society by lowering mobilization costs, thus facilitating protest movements and other forms of mobilized dissent.

Opposition groups have famously used social media to coordinate their activities. For example, during the so-called Arab Spring, protesters used different social media channels to disseminate information about their activities, raise local and global awareness of ongoing events, and spread their message. In turn, digital media was declared to be the main tool of the protest movement, while journalists and researchers proclaimed that, in the twenty-first century, “the revolution will be tweeted.”

Protests are essential in every democratic society to facilitate social change and effective government action. Moreover, protests ensure that individuals can express their opinions and their disagreement with governance flaws. As they become more established, many movements rely heavily on the internet to reach new supporters. However, public demonstrations have been historically perceived as a threat against governments. As a result, authoritarian regimes have found in internet shutdowns a powerful tool to contain dissenting voices under the pretext of safeguarding national security and public safety.

For example, the Iranian government recently restricted internet access and deprived millions of people of the right to participate in the political debate following the killing of Mahsa Amini by the morality police. This situation has impeded Iranians’ access to the internet and social media, making it more difficult for activists to coordinate their activities and convey information to the outside world. Consequently, civil liberties have been violated in a cascade as they effectively hinder the public’s ability to assemble and cut off the free flow of information, thus allowing the draconian government to silence critics and create distorted information echo chambers.

Without denying the beneficial effects of these technologies to opposition groups, digital technologies have also become a weapon of repressive regimes to quell protests and silence dissidents. Often, preventing repression is the first line of defense for authoritarians to prevent potential opposing groups from organizing and mobilizing their ideals. Moreover, emergent technologies are shaping the way activists interact with authoritarian regimes. While dissidents use the digital landscape to support and coordinate resistance activities, non-democratic governments deploy new technologies to flood online forums with disinformation and identify agitators with sophisticated algorithms based on the latest AI.

Authorities have learned to implement specific methods to discourage political mobilization. The internet also facilitates the use of many tools to help authoritarian governments to empower their regimes. For example, they may ask internet service providers to deliberately slow down network traffic or hit only mobile internet connections under the pretext of protecting the public from hate speech or misinformation. Such governments have also used voice recognition to scan mobile networks, tracked citizens through GPS, monitored emails and text messages to track dissident groups, and used malware to secretly spy on laptops and cell phones.

When governments shut down the internet, people mobilizing against authoritarian regimes find themselves cut off from coordinating their activities and developing their capabilities. At the same time, digital surveillance provides highly specified intelligence on the intentions and location of opposition leaders, enabling violence to be more targeted and tailored toward individuals. In addition, surveilling critical players can help authoritarian regimes identify networks of opposition groups and their means of action. As a result, technologies cause a chilling effect on protest movements, provoking people to refrain from exercising their free speech. Consequently, protesters may hesitate to engage in issues of public interest as they may fear threats and retaliation by authorities. Therefore, the use of these technologies by such regimes drives people not to exercise their right to protest and manifest dissenting opinions and ideas, impeding control of future abuses of power.

What’s more, marginalized groups who live in more repressive regimes are less likely to have access to the internet. However, when they do gain access, they are much more likely to be surveilled, harassed, and censored. More importantly, internet shutdowns are a strategic measure to prevent mobilization and stop marginalized groups from taking part in debates of public interest and documenting their grievances. Meanwhile, citizens who live in wealthier conditions with uncensored access to the internet are likely to have lower levels of political discontent or interest in mobilization. It is precisely those vulnerable populations that have the greatest need to mobilize against their repressive governments who have the least uncensored access to the internet.

Finally, internet shutdowns are not a surprising new phenomenon within authoritarian regimes. In fact, there is a considerable tendency for authoritarian regimes to restrict internet access, though at different levels. To limit access to online information, governments put in place restrictive legal measures that oblige private internet companies to remove online content and take down critical information. In turn, these measures create an atmosphere of self-censorship as people fear prosecution and retaliation. Impeding access to the internet and discouraging political mobilization has become a means to repress the population and limit transparency and accountability, particularly in contexts of political rallies, elections, and public assemblies. Regrettably, governments shutting down the internet has become the new normal. While protesters are finding new ways to resist authoritarian regimes, the increased use of shutdowns threatens the future of protests and a censorship-free society.