Ramy is a technologist, privacy and security researcher. He interacts with a wide spectrum ranging from NGOs, journalists, lawyers, politicians, and artists on the intersection of tech and social causes, mainly on privacy and security, by devoting his skills as a techie and passion for free/open culture. Ramy develops privacy protocols, and in his research he focuses on surveillance patterns and holistic privacy. In the course of his work, he has provided and developed digital security plans and strategies for NGOs and members of the media, emergency response in cases of physical threats, support on publishing sensitive materials, secure systems for managing sensitive information, and operational plans for human rights emergency response teams, in Egypt and the MENA region. Most recently, Ramy has been volunteering with different NGOs and civil liberty groups in Central & South America, to enhance their privacy and security through means of behavioral change based on understanding surveillance and threat models in their own contexts and environments.

In October 2017, Ramy received the 2017 international award Heroes of Human Rights and Communications Surveillance, “for exhaustive efforts to reveal invasive and harmful surveillance tactics that are being used to harm users at risk.”, by Access Now. In May 2016 he received the international Bobs Award – Best of Online Activism in recognition for his work in digital security and privacy. In January 2016, he was named in the World Top 100 Info Security Influencers list by CISO Platform in India. In 2012, he was ranked number 10 by the Newsweek Magazine in the Revolutionaries list of the Digital Power Index, after being ranked number 14 by Forbes Middle East in Top 100 Arab Presence on Twitter a year earlier.

Among different hats, Ramy is Senior Research Technologist at the Egyptian Initiative for Personal Rights (EIPR), Research Fellow with Citizen Lab, and currently a volunteer visitor with Fundación Acceso assisting collectives and networks in Central America around infosec and activism. He is also Internet Freedom Festival Fellow on security and privacy best practices. 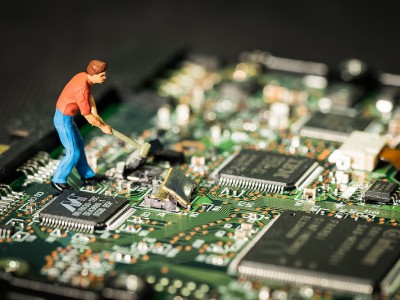 Two-Step Verification in Egypt: Strength or Weakness for Online Security?

Independent researchers in Egypt have identified what appears to be a new technical avenue for state surveillance: manipulation of the two-step verification process. Many activists, journalists and regular citizens throughout the world use two-step verification (see below) on social media and email services in order to bring a new layer... 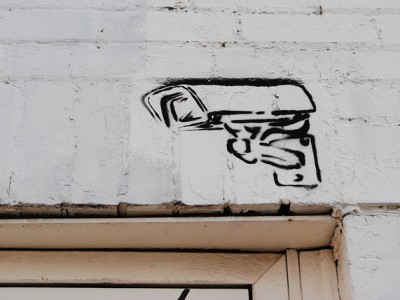 ‘There is No Shame in Fear': Confronting Surveillance in Post-Revolution Egypt

"...as so many unjust things become normalized in our daily lives, the act of spreading information and informing others – however difficult – becomes an ever-more vital part of activism." Egypt's Ministry of Interior wants to monitor all online content -- public and private. Learn what the government is doing now, and what it's hoping to do in the future.

Egypt: Timeline of Communication Shutdown during the Revolution

This diagram represents sequence of communication shutdown implemented by security agencies in Egypt and telecommunications companies between January 25th and February 6th, to control the flow of information between people. If you are participating in a peaceful assembly as a journalists, rights defender, or activists, your mobile phone is an invaluable asset. It allows you to communicate with allies, to document the event, and bear witness to what is happening around you. At the same time, you should take certain precautions in your mobile use and communications. The following Guide published via Mobile Active can help you to utilize your mobile phone during peaceful assemblies effectively and, at the same time, better protect yourself.

Egypt: how companies help the government spy on activists

Few weeks ago when authorities didn’t respond immediately to people’s demand, many Egyptians stormed the State Security Investigations (SSI) headquarters to protect the evidences against SSI offices (including torture equipments and documents). Among those documents where communications between SSI units related to censorship, monitoring online content, controlling computes/ laptops, as well as shutting down communications services.

Egypt: Blogger Sentenced to 3 Years for Insulting the Military

Along the many years where the former president Hosni Mubarak ruled the country we didn’t witness large scale of cases where a blogger gets jailed for a blog-post. The first case in Egypt was in 2007 when Kareem Amer was sentenced for 4 years in jail based on blog-posts, he was charged for insulting Islam and Mubarak.

25 January 2011 was the day when people of Egypt went to the streets in several proveniences to demonstrate against President Mubarak and the current regime. Online platforms and social websites were highly utilized by activists to mobilize youth and spread the word before January 25. On the first of...

Update 1: The deactivated page is back. According to an email received by the page admin, “After reviewing your situation, we have reinstated the page, and you should now be able to see it online.” a facebook representative said. On the evening of 25 November, Facebook.com disabled “We Are All...

Update 1: On November 30th, 2010, the military court sentenced Ahmed to 6 months imprisonment for broadcasting secrets of defense on Facebook. For the second time in Egypt an internet user is going to face a military trial. Ahmed Hassan Basiouny is facing a military trial this month under case... The Egyptian National Telecommunications Regulatory Authority (NTRA) decided to set a new regulation in Egypt on 11 October forcing all companies sending bulk SMS Conten short text messages (SMS) to mobile phones to obtain a license from national bodies as well as getting an approval on the content of the message before sending it from special personages, whom will be appointed to monitor SMS services.

Egypt: Security Department to Monitor Facebook and Support the Government

On 1st July, 2010, the Egyptian Ministry of Interior (MOI) has reportedly established a special department to monitor Facebook activities and content in Egypt according to the administrative decision 765. Based on the Kuwaiti newspaper Aljarida, this new MOI department works according to three shifts/8 hours each. Each shift is...

AlKhalifa misdemeanor court will consider the case 8260/2009 on Saturday 22nd of May 2010, in which judge Abdel Fattah Mourad is accusing Ahmed Seif – Director of Hisham Mubarak Law Center (HMLC), Gamal Eid – Director of the Arabic Network for Human Rights Information (ANHRI) and blogger Amr Gharbeia for...

Earlier this month, the April 6 Youth Movement staged a protest in front of the Egyptian Peoples Assembly calling for more political freedoms and an end to Egypt's restrictive “emergency law”, which might be renewed this year, and might be enforced as well by a new “Counter-Terrorism law” which is expected to be extremely repressive. The Egyptian security forces responded to the protesting citizens with a brutal violence, making a score of arrests and convictions.

It looks like the Egyptian Government attempts to control the cyberspace and netizens are moving forward. Although, Egypt didn’t witness many attempts to block websites and online services, the government follows different ways to keep an eye on what’s happening online, beside harassing bloggers and netizens. Two days ago, citizens...

Social Media in the Arab World, Snowball heading to Democracy

On its website, the Arabic Network for Human Rights Information (ANHRI), Arabic network that promotes freedom of speech, announced: The internet has a snowball effect on the process of democracy in the Arab world. This new force cannot be stopped by government’s actions of censorship, blocking the internet and arresting...

Today, 21 October 2009, Egyptian blogger Wael Abbas was stopped by security officers at Cairo airport while his coming back to Cairo. From his last two experiences, Abbas didn’t travel with his laptop or CDs, flash memories and camera memory cards, since they were confiscated earlier this year. So nothing...