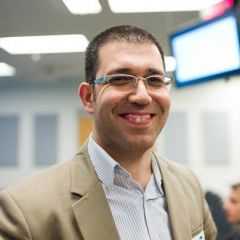 All links in Arabic.

In Lebanon, government officials approved a proposal to allow the nation’s security agencies full, unrestricted access to Lebanese people’s elecontric communications data after a reportedly brief and heated debate in a cabinet session last month. This piece of news gained little attention from Lebanese mainstream media, who largely portrayed the measure as just another result of political cleavages within the current government. There has been little discussion of what impact the law may have on users, or the notion that privacy is a human right, not to be waived.

In its first clause, Lebanon’s Surveillance Law guarantees the right to privacy across all means of electronic communication — wired and wireless, local and international.

But in recent years, as 3G coverage has become available throughout Lebanon, government requests for communications data have expanded to online communications. These government data requests, affecting millions of Lebanon’s residents, violate Law 140. As Judge Awny Ramadan, head of the nation’s accountability agency explained on public record, “It is [prohibited] to release data for the phone calls of four million lebanese because all Lebanese can not be suspects.”

As Lebanon’s legal institutions generally emulate the French system, a delegation was formed to visit France in 2012 to learn about the application of surveillance law there. Ramadan explained: “The delegation that visited Paris, headed by judge Chokry Sader, and formed from several officers and technologists in the field of communications, learned that French authorities do not allow all communications data to be handed to military departments…In fact, the Lebanese approach to handling communications data was not a familiar practice (in the French government)”.

The Lebanese government has crossed its own legal boundaries, along with those of the international community. The International Principles on the Application of Human Rights to Communications Surveillance address several concepts relevant to this issue. These include legality — any limitation to the right to privacy must be prescribed by law; necessity — authorities must demonstrate a clear need for communications data in order to carry out a criminal investigation; and competent judicial authority — determinations concerning surveillance, including requests for data, must be reviewed and approved by competent, impartial judicial authorities.

The Lebanese government is violating its own laws. It is not being respectful of its citizens rights to privacy in communication — instead, it treats them all as suspects. In no way does it follow these Principles. The current regime and the Lebanese state has proven again and again that the needs and rights of its citizens are not its first priority. And by giving up the privacy of its citizens, the government is undermining the security of the entire nation.