This post was originally published on Eurasianet.org and is republished with permission.

The unexplained arrest of a researcher carrying out fieldwork in Tajikistan’s troubled Gorno-Badakhshan Autonomous Region (GBAO) is sparking alarm among Central Asian academics and journalists. Reports of Alexander Sodiqov’s arrest first filtered out during the afternoon of June 16, when the researcher, a Tajik-born PhD student at the University of Toronto and the former Central Asia Editor for Global Voices, was meeting with Alim Sherzamonov, regional representative of the opposition Social Democratic Party of Tajikistan, according to RFE/RL’s Tajik service.

Tajikistan’s GKNB (state security service) subsequently released a statement June 17 via state media Khovar.tj, confirming that Sodiqov had been detained for carrying out “subversion and espionage” on behalf of a foreign country, a charge they linked to a June 10 email sent from Sodiqov’s account (officials did not disclose how they obtained access to the account and whether they did so before or after Sodiqov’s arrest). GKNB operatives presumably believed the “foreign country” to have been the UK, given Sodiqov’s research was funded by the British Economic and Social Research council. A British Embassy statement expressed concern about Sodiqov’s treatment. Sodiqov’s supervisor on the project, John Heathershaw, put out the following statement on social media on the evening of June 16:

“It is now almost 20 hours since we have heard from Alexander Sodiqov who was apparently arrested while conducting research in Tajikistan. We do not know if he has been released or remains detained.

Alexander Sodiqov, a researcher contracted by the University of Exeter, has been detained by security services whilst conducting an interview with a civil society representative in Khorog, in the eastern region of Badakhshan.

Sodiqov was conducting research for a British Economic and Social Research Council project called Rising Powers and Conflict Management in Central Asia which also involves the University of Newcastle and the NGO Saferworld. He is a citizen of Tajikistan who is a PhD student at the University of Toronto and ordinarily resident in Canada. His colleague John Heathershaw is an academic at the University of Exeter and his supervisor of the research project. The project looks at how international actors, states and civil society work to resolve conflict.

Alexander has not been heard from since his detention at 2.30pm (9.30am GMT) on Tuesday 16 June. His family and friends are very concerned for his whereabouts.”

Heathershaw was subsequently interviewed by independent local media Asia Plus June 17 under the heading “Alexander is a Researcher, not a Spy.” Heathershaw also told EurasiaNet.org that the apartment of Sodiqov’s mother in Dushanbe had been ransacked during a police search.  Security officers reportedly confiscated flash drives and computers.

It seems unlikely that Tajik authorities, at least in Dushanbe, did not know of Sodiqov prior to his arrest. Sodiqov is well-known as an analyst in Central Asia, having written regularly about Tajikistan and the wider region for outlets such as Jamestown, in addition to Global Voices. He has also provided interviews for EurasiaNet.org on more than one occasion and was the main author of the Tajikistan Monitor blog. Before entering the University of Toronto, Sodiqov held several positions at the Dushanbe office of the Organization for Security and Cooperation in Europe and lectured at the Russian-Tajik University.

While RFE/RL reported Sodiqov released earlier today, his wife Musharraf Sodiqova has not confirmed contact with the analyst. Whatever the outcome, his arrest is likely to be interpreted by many as a warning from Tajik authorities that in Khorog, the epicenter of deadly government-opposition clashes in July 2012, as well as smaller scale unrest this May, it is better not to ask questions, or look for answers. 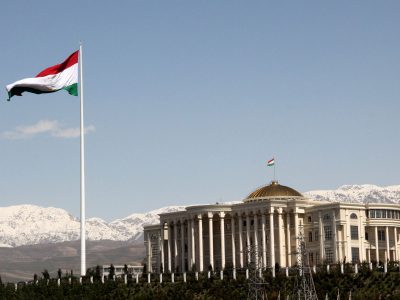