What's in a name? Collage by Ellery Biddle. Images by Fora do Eixo, Victor Martinez, and anonymous, all licensed for reuse.

What's in a name? It depends on who you are, where you live, and how you behave on Facebook.

In early October 2015, Advox joined forces with a handful of NGOs seeking to highlight risks associated with Facebook's “real name” policy, which requires users to create profiles under their real names. Working with the Electronic Frontier Foundation, Association for Progressive Communications, the American Civil Liberties Union and several other NGOs under the mantle of the Nameless Coalition, we wrote an open letter explaining the inherent cultural and socioeconomic biases in the policy, and proposing some concrete changes.

Facebook says they require users to create profiles under their “real names” because they believe this encourages people to behave better. Yet the company's only known mechanism for enforcing this policy is to ask users to report accounts that they believe are using a “fake” name. This mechanism is used by users of all kinds, to various ends. Some time ago, Facebook users with bad intentions learned that simply by reporting a fellow user for violating the real name policy, they could—at least temporarily—force that person into silence.

If the person couldn't quickly prove to the company that she was using her “real” name (by sending in a photo ID), her account would be suspended. For some users, this might be an inconvenience. For others, losing access to a Facebook account can impose an effective blackout on their primary mechanism for communication with close family, friends and allies.

1. Commit to allowing pseudonyms and non-legal names in situations where using legal names could put a user in danger

3. Create a compliance process through which users can confirm their identities without submitting government ID

4. Provide stronger technical security for users who do send Facebook their identification information

5. Provide a robust appeals process for users locked out of their accounts

On October 30, Facebook responded with a detailed letter signed by Alex Schultz, who identified himself as a person who “work[s] with our teams that help protect people on Facebook.” Schultz's Twitter profile and multiple news articles describe him as Facebook's “vice president of growth.” [Read the full letter – PDF.]

Schultz wrote that the company wants to reduce the number of users who are asked to verify their identity through the real name policy process. He noted that “identity and names are deeply personal matters and can vary significantly across cultures,” and emphasized that Facebook wishes to “be sensitive to these issues.”

…identity and names are deeply personal matters and can vary significantly across cultures, and we want to be sensitive to these issues.

We see these declarations as progress. We applaud Facebook's desire to be more sensitive to the complex issues around personal names and identity, and we look forward to seeing this implemented in the form of real policy changes. We will continue to press on these issues until we see these changes first hand.

Schultz pledged to take a few concrete, if small, steps in the right direction. He wrote that in December, Facebook will begin requiring users to “provide additional information about why they are reporting a profile [for violating the real name policy]” (response to request 2). We believe this may help the company better understand the various intentions of users filing these reports, and that it will create a slightly higher barrier for individuals using the reporting feature for malicious purposes.

Schultz also pledged (in response to request 5) to allow users whose accounts have been suspended to “give more information about their situation and receive more personalized help throughout the confirmation process.” Currently, users whose accounts have been suspended due to real name policy violations are offered no formal opportunity to appeal their cases in writing.

Another challenging aspect of the current process lies in Facebook's requirement that users accused of using a fake name send the company either a photo of government-issued ID, or images of two non-government (but still relatively official) forms of identification. Similar to some voter identification procedures in the United States, Facebook allows users to send pictures of things like library cards, bank statements, or magazine subscriptions in order to verify their identities. These decidedly old-school alternatives, however, do not satisfy the needs of the majority of users whom Global Voices represents. Some members of our community point out that these things simply do not exist in their countries. Others note that these forms of identification tend to be tied to government ID, and thus reflect one's legal name all the same. Facebook promised no changes to this part of the policy.

Similar to some voter identification procedures in the United States, Facebook allows users to send pictures of things like library cards, bank statements, or magazine subscriptions in order to verify their identities. These decidedly old-school alternatives, however, do not satisfy the needs of the majority of users whom Global Voices represents.

In response to our fourth request, Schultz described plans to improve technical security for the process by which users send identification information to the company. But his response left us with more questions than answers. He wrote: “going forward, IDs submitted to Facebook as part of this process will be encrypted when they are temporarily stored on our servers.” This led us to assume that these files currently are not encrypted while stored on Facebook's servers—a troubling notion. Our colleagues at the Electronic Frontier Foundation are investigating the technical details of this process and may issue specific technical recommendations on how the company can maximize its security in this area.

Overall, we were disappointed to see Facebook continuing to assert that enforcement of the real name policy is necessary to improving user behavior. Naturally, we share Facebook's desire for the platform to be a safe place where people treat each other respectfully. But we know that certain efforts intended to make the platform safer in fact make some users more vulnerable, and expose them in some instances to physical danger.

We understand Facebook's logic—in many cases, it is easier to hold a person accountable for their actions when their identity is known. But we also know that their assumption is based on correlation, not causation: using a different name does not cause one to behave badly.

using a different name does not cause one to behave badly.

We believe that if Facebook really wants to reduce bad behavior, they should target bad behavior.

We believe that if Facebook really wants to reduce bad behavior, they should target bad behavior. The company should zero in on the real problems in play: harassment, hate speech, threats of physical and sexual harm, and abuse of Facebook's policies in an effort to silence others.

Facebook promised to introduce these changes in December. We look forward to seeing these in practice, and hope the company will consult with us on these changes, given the wealth of experience our coalition has in the areas concerned. And we plan to continue our dialogue on this topic, both with the company and with our growing network of allies. 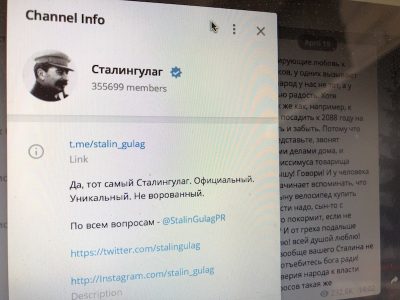