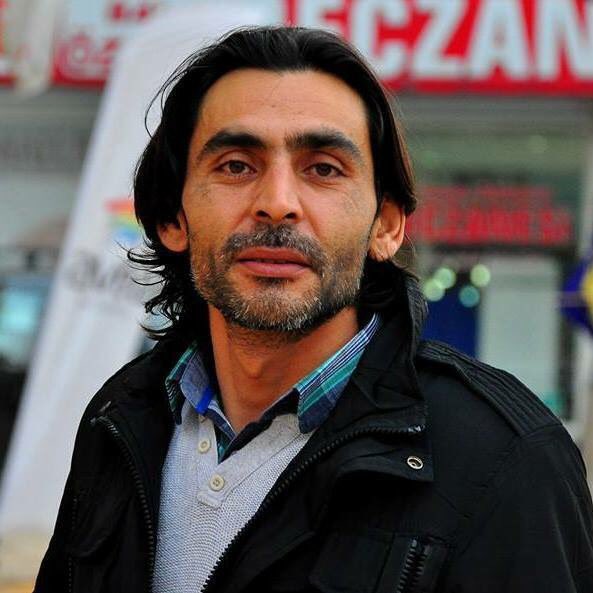 Filmmaker Naji Jerf is the fourth Syrian netizen associated with the news collective Raqqa is Being Slaughtered Silently to be killed.

Syrian filmmaker Naji Jerf was shot and killed in broad daylight in Gaziantep, Turkey, close to the Syrian border on December 27, 2015. It is widely believed that Jerf, 38, was killed in retaliation for uploading a documentary he made documenting ISIS crimes in Aleppo, Syria.

Jerf's murder was announced yesterday by award-winning Syrian citizen journalism collective Raqqa is Being Slaughtered Silently (RBSS), which has been exposing crimes committed by the ISIS from its self-proclaimed capital of Raqqa, in Syria, challenging the narrative the blood-thirsty group wants to project about itself.

According to the RBSS, Jerf was killed by  a so-called suppressor gun:

Syrian online publication Zaman Alwasl says Jerf was shot in the head by an attacker with a silenced pistol, in front of a building which houses Syrian NGOs. According to Syrian activist Shakeeb Al-Jabri, this video is what made Jerf a target:

This work on IS in Aleppo is one of reasons Naji Jerf was killed today in Gaziantep. Least you can do is watch it. https://t.co/7E1TbFzx3e — Shakeeb Al-Jabri (@LeShaque) December 27, 2015

The 24-minute video, shared on YouTube, documents ISIS’ crimes in Aleppo, which include the kidnapping and murder of paramedics, in 2013 and 2014, which Jerf filmed while there. The video, uploaded one week ago, has so far been viewed 15.8K times on Jerf's channel.

The Committee to Protect Journalists (CPJ) reported that the video also has been screened on pan-Arab Al Arabiya satellite television. It has attracted more than 12 million views and tens of thousands of comments on the station's Facebook page, Al-Arabiya reported.

In addition to his work training members of the RBSS, which last month won CPJ's 2015 International Press Freedom Award for its courage in covering news in Syria, Jerf is the editor-in-chief of Hentah, an independent online monthly magazine which reports on the lives of Syrians. He had also made a documentary on RBSS activities and work.

At least three other journalists associated with RBSS have been killed. On December 16, 2015, Ahmad Mohamed Almossa was assassinated by masked men in Idlib, in north western Syria. In October 2015, another RBSS member Ibrahim Abd al-Qader was killed by ISIS militants, along with fellow journalist Fares Hamadi, in Urfa, southeastern Turkey and in May 2014, Al-Moutaz Bellah Ibrahim was kidnapped and then killed by ISIS.

In a series of tweets, RBSS blamed ISIS for Jerf's murder:

The CPJ has called upon Turkish authorities to protect Syrian journalists who have fled to Turkey, and to bring Jerf's killers to justice.

RBSS is regularly quoted in media and offers a close perspective on atrocities committed by the ISIS, Syrian government forces and the coalition airstrikes targeting civilians. The group, founded in April 2014, has been threatened by ISIS for exposing their crimes and brutality to the rest of the world, and for showcasing the resistance of the people of Raqqa to its rule.

Reporters without Borders ranks Syria among the worst free speech offenders, at 176 out of 179 countries in its worldwide index on the freedom of press. Since March 2011, 50 journalists have been killed in Syria, eight journalists imprisoned, 17 netizens jailed and 141 netizens and citizen journalists killed.