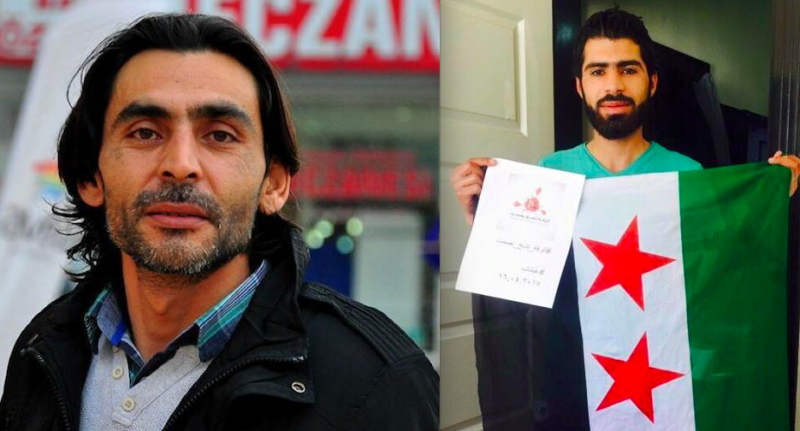 Since 2013 more journalists have been targeted and killed for their work in Syria than anywhere else in the  world, according to CPJ research. As the risk of assassination and kidnapping has increased, major news organizations including Associated Press and Agence-France Presse have stopped sending staff reporters to the country, leaving a critical gap in mainstream media coverage of the war, particularly in English.

In parallel, local journalists and citizen media networks have worked to cover the war since the conflict first began. And as foreign media have pulled back from Syria, these local reporters have become an increasingly critical source of information and documentation of violence. While citizen media groups reporting from Syria face equal if not greater risks than their foreign counterparts, their stories rarely make headlines in Western media.

In December 2015, two citizen media leaders who had dedicated many months of their lives to covering the war at close range were killed in what are widely believed to have been targeted attacks. On December 16, 2015 Ahmad Mohamed Almossa, a member of Syrian citizen journalism collective Raqqa is Being Slaughtered Silently (RBSS) was assassinated by masked men in Idlib, in northwestern Syria. Almossa’s death came shortly after RBSS was honored with the Committee to Protect Journalists’ 2015 International Press Freedom Award for its courage in covering news in Syria.

Based in Raqqa, the self-proclaimed capital of militant group ISIS, RBSS offers a close perspective on atrocities committed by all actors in the conflict including ISIS, Syrian government forces and Western coalition forces, whose airstrikes often harm civilians. As one of few independent media networks still active in this part of the country, RBSS is regularly quoted in mainstream media.

Not two weeks after RBSS's Almossa was assassinated, Syrian filmmaker Naji Jerf was shot and killed in broad daylight in Gaziantep, Turkey, close to the Syrian border, on December 27, 2015. It is widely believed that Jerf, 38, was killed in retaliation for uploading a documentary he made documenting ISIS crimes in Syria. The 24-minute video, shared on YouTube, documents ISIS’ crimes in the city of Aleppo. These crimes include the kidnapping and murder of paramedics in 2013 and 2014, which Jerf filmed prior to departing for Turkey. This video was later screened on pan-Arab Al Arabiya satellite television, attracting more than 12 million views and tens of thousands of comments on the station's Facebook page.

It is all but impossible to know precisely how many Syrians have lost their lives for exposing atrocities committed by both ISIS and the Assad regime. This makes the stories of Jerf and Almossa that much more meaningful—while the reports of their murders bear witness to their own efforts to expose the brutality of the war in Syria, coverage of their assassinations can also help to illuminate the stories of others that may never be told.

Saudi human rights activist Samar Badawi was arrested for allegedly running the Twitter account of her husband, human rights lawyer Waleed Abulkhair, who is serving a 15-year sentence for his conviction under an antiterrorism law that includes charges such as “insulting general order” and “inflaming public opinion.” The arrest of Badawi, who is also the sister of jailed blogger Raif Badawi, was widely condemned by human rights defenders and journalists.

A legislative council member in the Ecuadorean city of Loja was sentenced to 30 days in prison and a fine equivalent to 25% of her salary after she published a tweet insinuating that Loja mayor José Bolívar Castillo had stolen public money and lied about it. In an interview with national daily El Comercio, Bolívar said he sought legal action against councillor Jeannine Cruz, who represents the opposition. Bolívar said the legal action was aimed at not only defending his reputation, but also to set a precedent.

Cruz said the ruling set a “terrible precedent in the history of our country.” She plans to appeal her conviction, which is based on a provision in Article 396 of Ecuador’s Penal Code mandating a 15-30 day prison term for an individual “who by any means utters expressions of disrepute or disgrace against another.”

Protests continue in Ethiopia, with estimated death toll at 140

Since the beginning of November 2015, at least 140 people, most of them students, have been killed in Ethiopia while engaging in peaceful protest. Students in Oromia, Ethiopia’s largest regional state, have been demonstrating against the government's developmental “Master Plan” to expand the area of the capital, Addis Ababa, into Oromia. Many believe the move will result in direct persecution of the Oromo ethnic group, which has been systematically marginalized by the government over the last two decades, despite representing Ethiopia's largest ethnic group. Repression of both traditional and online media coverage of the protests has been widespread. To increase visibility of the situation, Global Voices author Endalk Chala, an academic researcher who belongs to the Zone9 blogging collective, worked with Oromo activist Abiy Atomssa to create this interactive map of protester killings by authorities.

According to the country’s open tender website, Bahrain has selected a bid from Canadian web filtering company Netsweeper to provide the Gulf nation with a “National Website Filtering Solution” for USD $1,175,000. Netsweeper has made several highly publicized deals in the past with other governments and groups wishing to restrict content online or in private networks, as thoroughly documented by the University of Toronto’s Citizen Lab. It is unknown when and how filtering would be implemented, but recent crackdowns on anti-government protesters suggest that it may be part of a larger strategy aimed at bolstering government and royal power.

International panic following the attacks in Paris coupled with rampant misinformation about the attackers’ use of encrypted chat applications has led to a smattering of proposed laws that would restrict or undermine secure communication using encryption. In response, Access Now along with other user privacy and security groups from over 40 countries have signed an open letter to the world’s leaders demanding open access to strong and reliable encryption, without backdoors or other modifications that can leave systems vulnerable. Read the letter here.