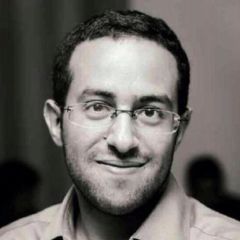 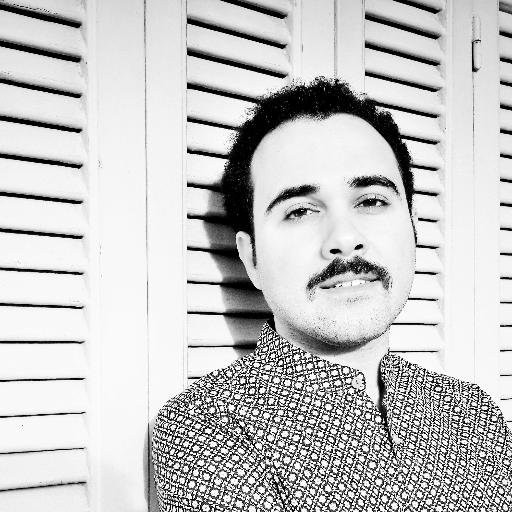 Egyptian novelist and journalist Ahmed Naji has been sentenced to two years in prison for insulting public decency through his sexually explicit writings. Photo source: @anaje

A Cairo appeals court sentenced Egyptian novelist and journalist Ahmed Naji for two years in prison for publishing a chapter containing “sexually explicit” scenes from his novel The Guide of Using Life in a magazine.

Naji, accused of violating public decency, was acquitted in the first trial in December, which the Public Prosecution appealed. His case went to trial after a man complained that he got heart palpitations, a drop in blood pressure and sickness after reading Naji's material. On Saturday, Naji was arrested from the appeals court, after a judge sentenced him to two years in prison for “destroying social values.”

The Egyptian legal system has become the target of much criticism. A court has just wrongfully sentenced a four-year-old child to life in prison and “convicted of four counts of murder, eight counts of attempted murder and vandalising government property” — crimes he couldn't have committed because he was two at the time. Such legal gaffes aren't unheard of in Egypt's legal system. Amnesty International states in a report:

Trials before the criminal courts were riddled with due process violations. Some trials proceeded in the absence of the defendants and their lawyers . In others, judges prevented defendants or their lawyers from presenting evidence in their own defence or cross-examining prosecution witnesses. In many cases, courts convicted defendants despite an absence of substantive evidence against them.

Naji was found not guilty in the first trial, the sentence stated that:

The court also notes the piece of literature (the story), which included sexual words and phrases, is common practice in many published literature and poems, both old and recent. The court concluded after the testimonies of professor Mohamed Salmawy and novelist Sona'allah Ebrahim, which the court accepts, that a literary work cannot be divided, censored out of context or evaluated partially because it is a single object and taking parts from it, destroys it.

The retrial, however, did not take this into consideration. The editor-in-chief of the state owned publication that featured Naji's story was also fined 10,000EGP (around $1,220 US dollars).

A YouTube video at Naji's book launch, held in November 2014, shows many people reading excerpts from the book and viewing the art material featured in it without experiencing the heart-attack like symptoms mentioned in the complaint:

The two year sentence Naji was slapped with is the maximum possible punishment by law for such cases. However, morality laws in Egypt are unclear in the publications sector. For example, until recently a state-sponsored curriculum by Al Azhar University, Egypt's top religious institute, included chapters on sanctioning the eating of the flesh of prisoners of war. Blogger Alyaa Gad noted:

Alazhar removes cannibalism of prisoners of war from the curriculum. Oh God, what will do with the 20 kilos of prisoner meat in the fridge now [sarcastically]!

This isn't the first incident related to freedom of expression this month. Earlier this month, prominent satirist Islam Gawish was held for questioning while other journalists like Ismail Aleskandarani are on trial on trumped up charges.

Egypt, which was the first country in the Middle East and North Africa region to have a formal newspaper in 1828, was recently ranked 158 out of 180 countries in the World Press Freedom Index published in a 2015 report by international watchdog Reporters Without Borders.