An excerpt from Advox research on digital authoritarianism in Egypt 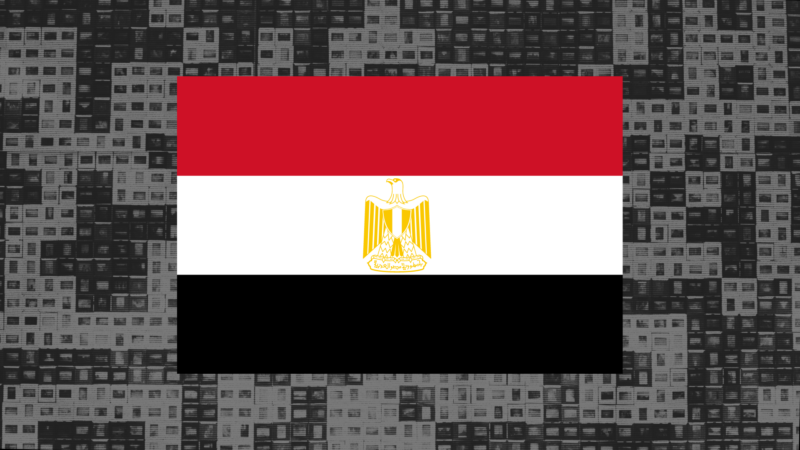 Authoritarian regimes have long had a complicated relationship with media and communications technologies. The Unfreedom Monitor is a Global Voices Advox research initiative examining the growing phenomenon of networked or digital authoritarianism. This extract from the report on Egypt is from the series of reports to come out of the research under the Unfreedom Monitor. Read the full report here.

In 2021, Reporters Without Borders (RSF) ranked Egypt as one of the world's largest jailers of journalists. Out of 180 countries in 2021, Egypt ranked 166, after Libya and Equatorial Guinea. According to RSF, half of the media in the country is owned by the government or affiliated with the intelligence services. The rest are owned by pro-government businessmen. The few independent press websites that are still open have been blocked. Their owners and editors were arrested and then released shortly after, as happened to Mada Masr and Al-Manassa. More than 500 websites have been blocked in Egypt, and more than 100 journalists have been arrested since 2014. The adoption of new regulations like the anti-terrorism law and cyber crime law and the creation of the Supreme Council for Media Regulation suppressed the freedom of expression and shut down the way to a free press. These new laws and regulations have affected the work of journalists who are at risk of charges such as belonging to a terrorist group or spreading false news. To the international community, Egypt denies imprisoning journalists for their work, which is true to some extent because Egyptian security is trying and imprisoning journalists on charges such as belonging to terrorist groups, without directly linking it to their journalistic work.

The Airtable analysis undertaken in this project attempts to reflect the situation around monitoring technology through online content over the past few years. We can see a repeated goal of restricting the freedom of online spaces and banning any narrative parallel to the official one. This can be seen in the Attorney General's orders to establish a unit to monitor and monitor social media platforms and activities, contrary to constitutional articles that protect people's privacy and their right to freedom of expression.

By monitoring social media, the authorities target activists or opponents and any activities that could attract public attention or be considered outside the traditional framework of Egypt, such as what happened with TikTok influencers. Almost everything could fit into “national security” and “family values,” from prosecuting a victim of sexual violence who used social media as a way to tell her story rather than protecting her, to blocking Shia websites, and calling out YouTubers who talk about Bitcoin in their channels.

It is difficult to estimate the Egyptian government's expenditure on importing and deploying surveillance technology. Even as the government announced the installation of CCTV cameras and facial recognition technology, this statement and news came without explanation of any measure of privacy or regulation of their use. One of the reports in the analysis stated that, after an official source announced the use of facial recognition cameras in streets and metro stations, they backed down and refused to comment. This measure can be explained in light of the concern that this statement could alarm the global human rights community about the Egyptian use of this technology.

There is no point in the international community criticising the Egyptian administration for violating people's rights without taking severe measures to stop these practices. Countries such as Germany and the United States have denounced Egypt's record on human rights several times. However, on the other hand, they continued to provide the same system with advanced surveillance technology under the rubric of “border protection.” France has strong ties to the security services and provides them with smart technology used to track dissent, spy and arrest LGBTQ+ people. Although the security forces killed one of its citizens in Egypt, Italy did not withdraw its arms contract with Egypt until after pressure from the national and international community. There is no blame on countries like China, Russia, or Israel for exporting this technology to Egypt. The real blame should be placed on states that promote themselves as pioneers of freedom and protectors of human rights. At the same time, they cannot stop exporting the dual use of surveillance technology to authoritarian states for their economic benefit.