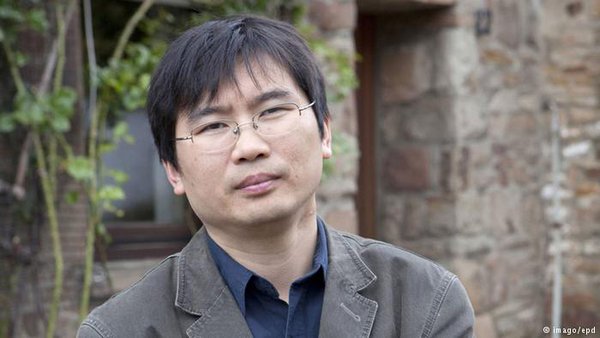 An open letter urging China President Xi Jinping to resign has triggered a rash of political persecution against the family members of Chinese dissidents living abroad.

Germany-based writer and Deutsche Welle reporter Chang Ping reported on March 27 that police in China burst into his father's birthday celebration and detained three of his younger siblings, alleging a connection between Chang's work and the letter. Police also demanded that Chang delete a Tweet he posted about their abduction and stop publishing articles about the activities of the Chinese government.

The detentions and threats follow the arrests of the parents and brother of US-based Chinese activist Wen Yunchao on March 22.

Mysteriously published on the Communist party-affiliated news site new site Watching, and allegedly signed by “loyal Communist Party members,” the letter criticizes Xi's political, diplomatic, economic and cultural policies, charging Xi with the “abandonment of the democratic system of collective leadership” and arguing that his policies have led to an “excessive” concentration of power.

Chang Ping is a renowned Chinese writer based in Germany. He was sacked as deputy chief editor in Southern Metropolis Weekly magazine after commenting on the 2008 riots in Lhasa, Tibet and asking the government to give more freedom to the press on news related to Tibet.

In 2012, after Chang Ping failed to renew his working visa in Hong Kong, he relocated to Germany and started writing for German daily Deutsche Welle.

But leaving China has not freed Chang from Chinese authorities’ political harassment.

After his former colleague Jia Jia disappeared after attempting to fly from Beijing to Hong Kong on March 15, Chang wrote in his column on Deutsche Welle, “Jia Jia Was Disappeared for the Crime of Seeing“. The article criticized the Chinese government for persecution people who are not blind and therefore “see” the existence of the secret open letter.

What he did not anticipate is that the Chinese police would actually go after the “blind”– in this case, the relatives of those who saw the letter.

On March 27, Chang Ping wrote on Twitter that his sister and two brothers were kidnapped by the Chinese police at his father's birthday banquet. The police threatened that they would be punished if Chang Ping did not stop making comments about the Chinese government. They also demanded that the Deutsche Welle article on Jia Jia be removed.

In response to the political persecution by association, Chang made a public statement denying his involvement in the open letter and urging international communities to condemn the barbaric acts of the Chinese police (translated by China Change):

1) All of my family and relatives in China have no understanding of my political beliefs, columns, and the media work I engage in, nor are they in any way related to it. Currently they have no communication with me, therefore they will be unable to meet the unreasonable demand of the police. I’d be in support of them, should they wish to cut off all ties with me at any point.

2) Apart from the above column [Deutsche Welle] and interview [Radio France Internationale/RFI], I personally have no other connection to the open letter. I didn’t help draft it, I didn’t publicize it, and I only read it after it had already been widely promulgated. It’s just like I said in my column: I don’t get involved in internal Party power struggles, and I’ve no interest in doing so.

3) Every citizen has the freedom of speech to engage in comment or criticism of the political activities of state leaders. The Communist Party should immediately stop investigating the people they believe are behind the letter demanding that Xi Jinping resign, and cease the abductions, harassment, and investigations of media personnel, commentators, and netizens, and their family members.

4) I’ve been involved in news reporting and commentary for over 20 years, and I’ve always taken to it in a spirit of professionalism, and with independence and autonomy and the conscience of an intellectual. I’ve always done what I think is right, and have always been willing to accept whatever fate brings as a result of that. The harassment and threats of the authorities allow me to see even more the value of my writings, and encourage me to work harder in future.

5) I strongly condemn the Communist Party’s attempts to interfere with the freedom to publish of Western media like Deutsche Welle and RFI. I call for the international community to speak out against these barbaric kidnappings by Chinese police.

As the Chinese police continued to press Chang Ping's brother, Zhang Wei, to urge him to stop writing, Chang had no choice but to block his brother's email and cut off all communication with his family. In a second statement, Chang compared the situation of his family with Hong Kong bookseller Lee Bo, who was also forced to publicly cut ties with his family (translated by China Change):

As I see it, from Party Central media to local police stations, all of them have learned to manipulate their hostages and put on puppet shows. My younger brother has become another Lee Bo of Hong Kong. Look at one of his recent emails. Don’t the police think this sort of performance is extremely clumsy? […]

I am blocking the email address of Zhang Wei, and I won’t see any more emails from him; my family members and relatives have no other way of contacting me, and I won’t have any more contact with them for a long time, or perhaps forever;  […]

My family members and relatives will continue being brainwashed by the Chinese police, and they’ll think that the misery that’s befallen them is because I don’t care about my family. Some of them have already started cursing me. This will have no bearing on me. Nor do I have any way of making them understand just how despicable and base the CCP is.

In pre-modern China, authorities practiced punishment by association, which exploited the Confucian value of filial piety, under which the individual is expected to sacrifice for the well-being of family. In the interview with RFI, Chang Ping condemned the barbaric act:

This is hooligan behavior. Punishment by association has been abolished by the CCP as it is an extremely barbaric act which does not have any place in any legal text. But, they [the Chinese authorities] are exploiting such methods. […] This is like holding an innocent person hostage to achieve political means. This act is extremely barbaric and a betrayal and insult to human society and its political and legal civilization.